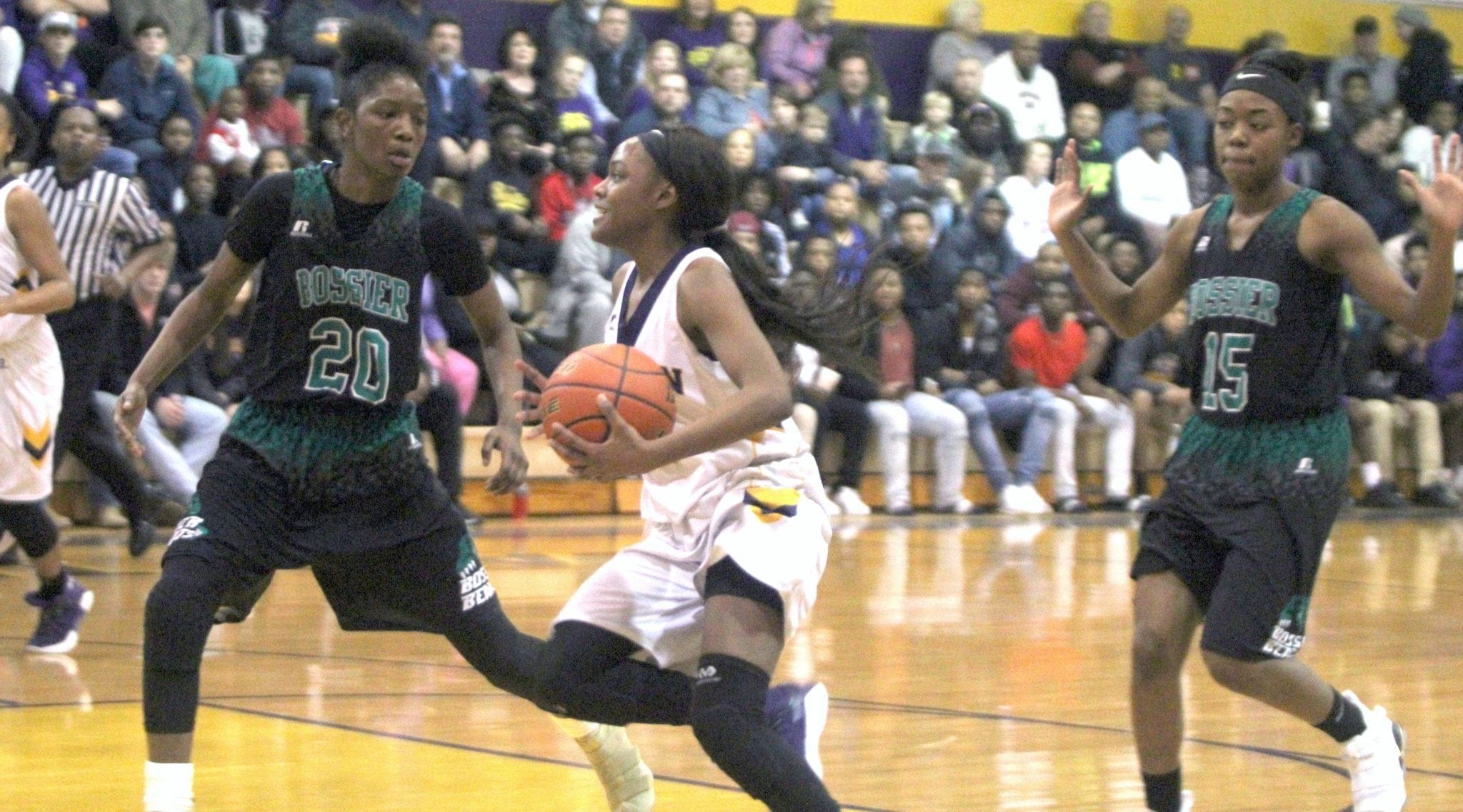 In a battle between the top two teams in the Class 4A power rankings, the Benton Lady Tigers defeated the Bossier Lady Kats 56-35 Tuesday night at Benton.

In District 1-5A, Parkway downed Haughton 47-30 at Parkway, and Airline fell to Captain Shreve 57-35 at Airline.

In District 1-1A, Plain Dealing knocked off Haynesville 56-39 at Haynesville.

Benton jumped out to an early lead against Bossier. The Lady Tigers led 16-12 after the first quarter and 28-18 at the half.

The Lady Kats cut the lead to 28-24 in the third on back-to-back 3-pointers by Destiny Thomas and Chrishawna Jones. But the Lady Tigers answered with an 11-0 run keyed by strong defensive pressure to regain control.

Emily Ward hit a 3-pointer during the run and scored seven of her game-high 18 points in the quarter.

Benton kept the pressure on in the fourth quarter, holding Bossier to five points.

Jones led Bossier with 12 points, all on 3-pointers.

Benton had the advantage at the free throw line, making 11 of 15 in the first half and 14 of 19 in the game. Bossier went to the line just five times, making four.