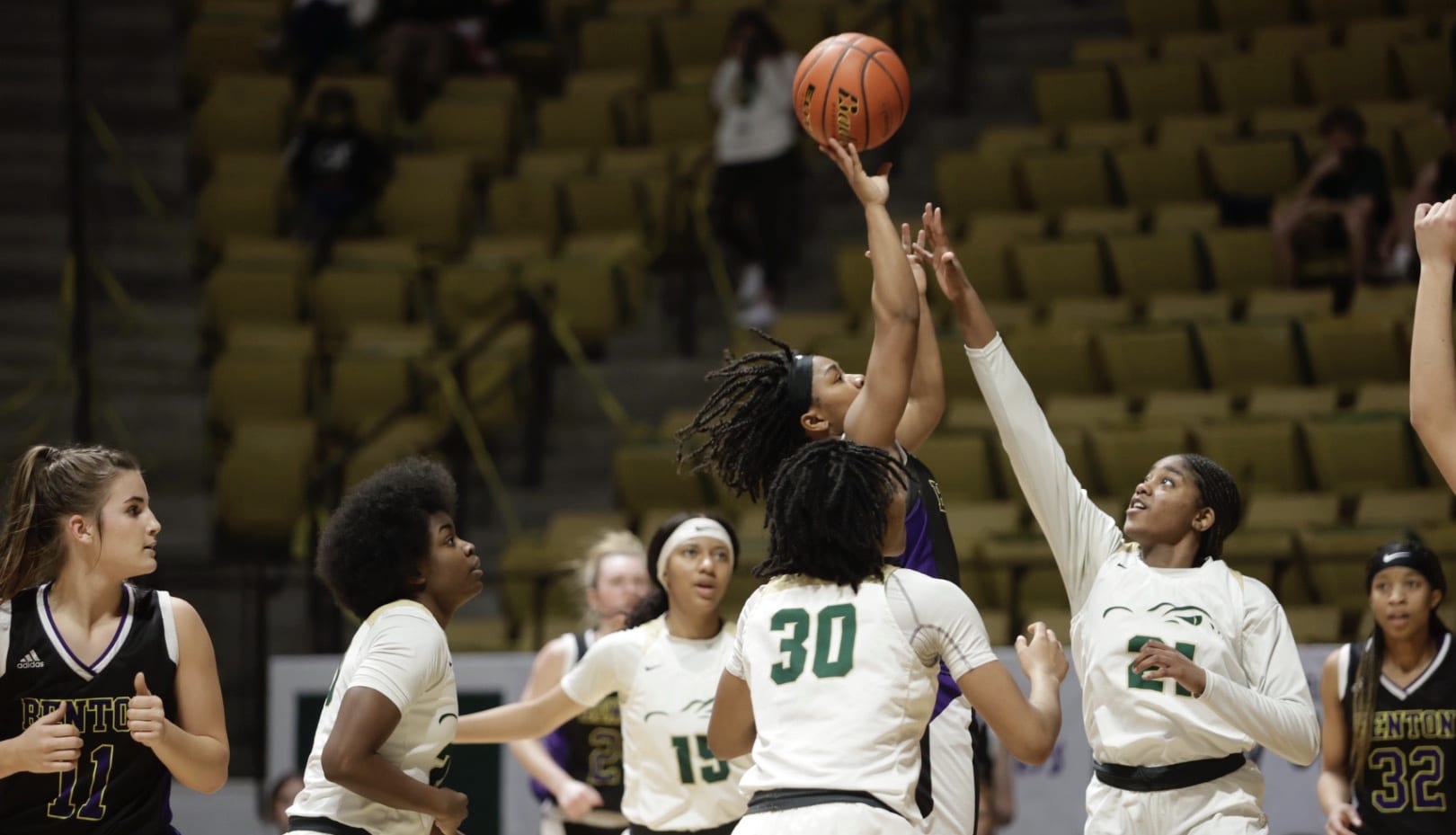 It wasn’t the Benton Lady Tigers’ night in the Class 5A state championship game in Hammond.

For the first time in the playoffs, the Lady Tigers couldn’t find a way to bring down a higher seed.

Captain Shreve, the No. 6 seed, defeated No. 12 Benton 50-39 at the Southeastern Louisiana Center.

It was Shreve’s second title in three years. The Lady Gators finished 21-5.

Benton has had a remarkable four-year run. The Lady Tigers reached the Class 4A semifinals in 2018 and championship game in 2019. They won the 5A title last year.

The loss doesn’t diminish what the Lady Tigers, who finished 17-7, accomplished this season with a team of mostly underclassmen.

Benton reached the title game again despite losing one of the state’s top players (Qua Chambers) for the second straight year.

The Lady Tigers knocked off three of the top five seeds, including No. 4 Parkway and previously unbeaten No. 1 seed Ponchatoula, en route to the finals.

The victories over those two avenged double-digit regular-season losses.

Benton also overcame some COVID-19 issues late in the season.

Benton got off to a slow start, making just one of 10 shots from the field in the first quarter and falling behind 10-4. The Lady Tigers picked it up in the second and cut the lead to three, 19-16,  at the half.

Shreve came out on fire in the third quarter, putting up 20 points on 7-of-10 shooting from the field and extending the lead to 39-30. The Lady Gators led by as many as 17 and the final margin is as close as the Lady Tigers could get.

Kiayra Ellis, named the game’s Outstanding Player, led the Lady Gators with 17 points and 11 rebounds. She was 7-of-10 from the field.