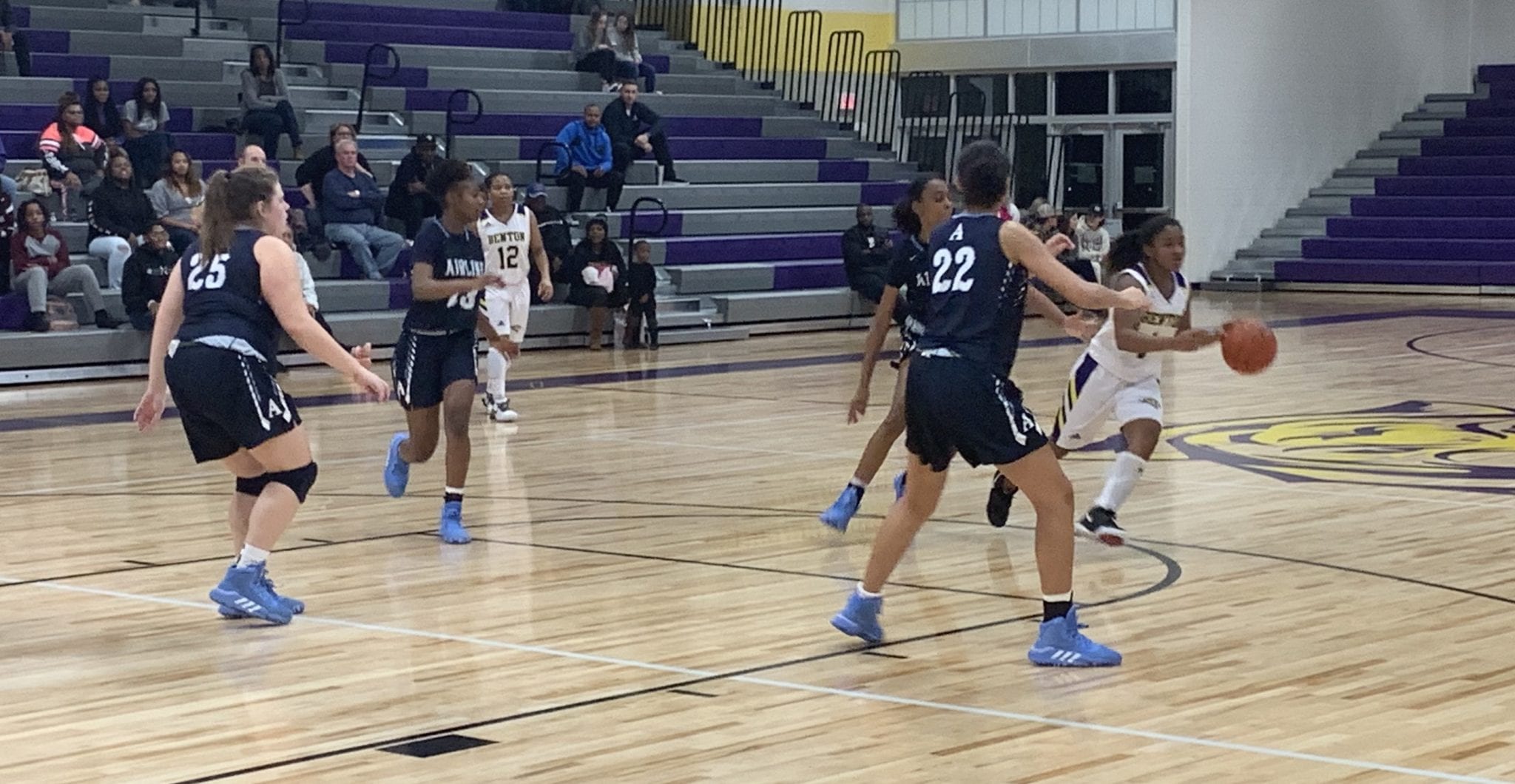 A fourth-quarter rally lifted the Benton Lady Tigers past the Airline Lady Vikings 42-38 in a District 1-5A game Friday at Benton,

In the other 1-5A games, Parkway fell to Natchitoches Central 42-36 on the road and Haughton lost to defending state champion Captain Shreve 58-36 at home.

At Benton, the biggest lead by either team was six by the Lady Tigers late in the first quarter. But the Lady Vikings closed the quarter with a 5-0 run to cut the lead to 14-13.

It was tight all the way from there. Benton led 22-21 at the half and Airline was on top 29-28 after three quarters.

Neither team shot the ball well. Part of the reason was solid defensive efforts by both squads.

Airline took a three-point lead early in the third quarter. But Benton scored four straight, including a layup off a turnover by Alisa Harris, to go up 34-33 with 4:30 to play.

Qua Chambers scored inside to give the Lady Tigers a three-point cushion. After an Airline miss, Chambers hit a free throw to complete a 7-0 Benton run.

With a little over two minutes left and holding a three-point lead, Benton began milking the clock.

But Taaliyah Johnson hit a layup after a turnover to get the Lady Vikings within one with 1:35 to play.

After a Benton miss, Airline had a chance to take the lead but couldn’t convert.

Chambers was fouled underneath the basket and hit both free throws with 44.8 seconds left. After another Airline miss, Jada Anderson sank two from the line to put the Lady Tigers on top 41-36 with 28.5 seconds left.

Kayla Hampton led Airline with 10 points, including seven in the second half. Mattie Curtis had eight, including several baskets off offensive rebounds in the first half.

Benton improved to 10-3 overall and 2-0. Airline dropped to 10-5 and 0-2. The Lady Vikings have lost their first two district games by a combined seven points.

At Natchitoches Central, Parkway fell behind early and trailed 30-21 after three quarters. The Lady Panthers got going offensively in the fourth, scoring 15, but couldn’t complete the comeback.