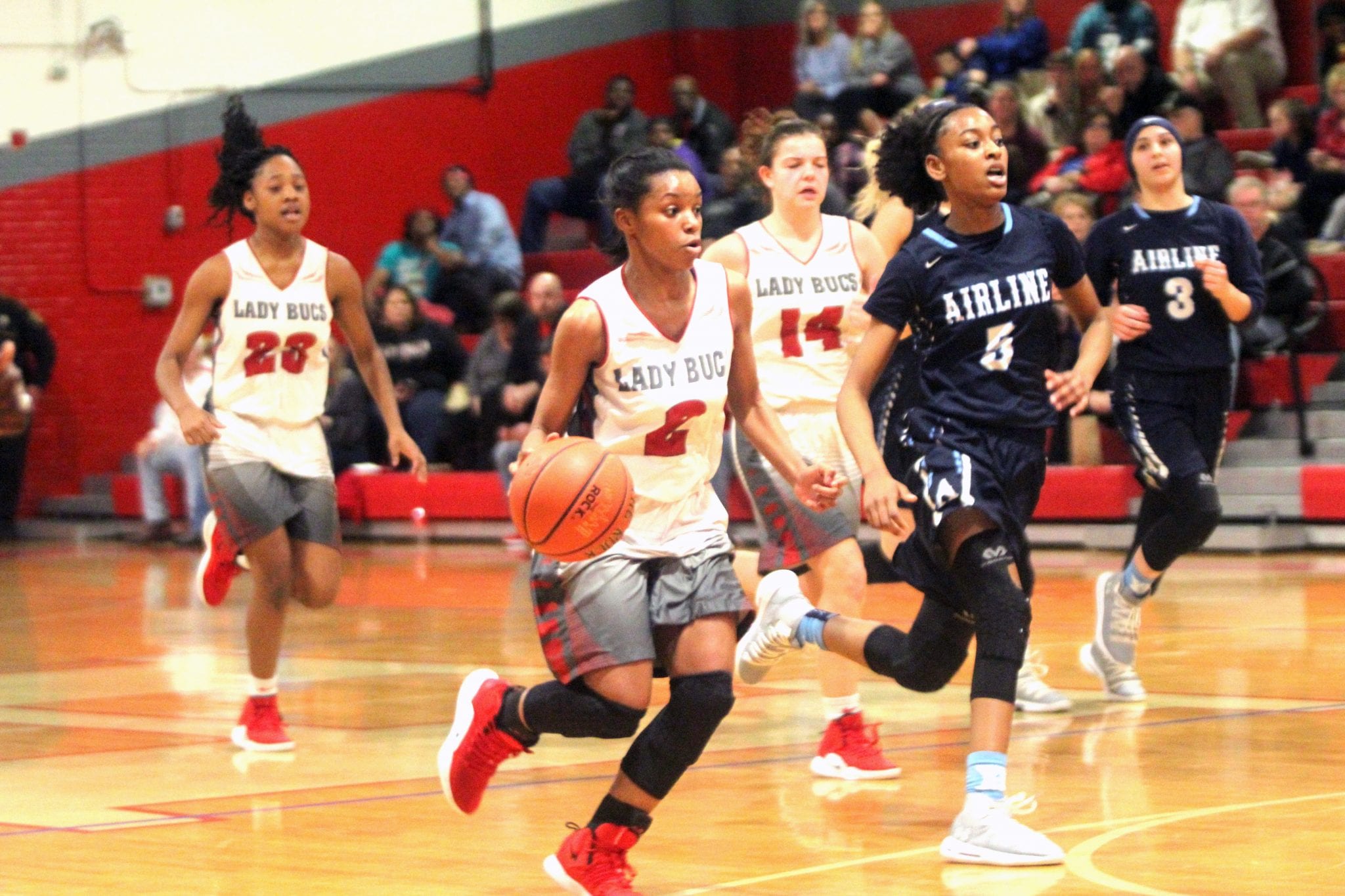 The Haughton Lady Bucs edged the Airline Lady Vikings 42-37 in overtime in a District 1-5A thriller Friday night at Haughton.

Elsewhere, the Benton Lady Tigers remained undefeated in District 1-4A with a 69-31 rout of Woodlawn at Woodlawn.

The Lady Bucs took sole possession of second place in the district. Haughton, Airline and Southwood were tied for second after the first half of district play. The Lady Cowboys (9-14, 4-3) lost to leader Captain Shreve (21-4, 7-0) 65-34 Friday.

The Lady Bucs and Lady Vikings both had chances to win in regulation.

Haughton’s Takaiyah Sweeney hit the first of two free throws with 4.4 seconds left in regulation to send the game into overtime.

Airline freshman standout Kayla Hampton fouled out on the play. Haughton lost sophomore Taralyn Sweeney, one of its leading scorers on the season, to fouls earlier in the quarter.

With Taralyn Sweeney scoring nine of her 11 points, Haughton led 17-9 at the half. Airline came out strong in the third quarter, patiently getting the ball inside. The Lady Vikings went on a 10-0 run to start the half.

Jhnaudika Cook and Anwaar Shihadeh sparked the comeback with six and four points, respectively, in the quarter.

The game was tight the rest of the way. The Lady Bucs led 22-21 after three quarters.

Airline led by as many as five points in the fourth. Takaiyah Sweeney sparked Haughton’s rally, scoring seven points in the quarter, including five at the free throw line. Crystal Norton had two big baskets.

Hampton then drove the baseline and dropped in a floater with 16.8 seconds left. But she collided with Davis and charging was called.

The game then took an odd turn. Before the Lady Bucs took possession after the charge, Haughton was whistled for a technical foul after an official took a look at the scorebook.

Airline failed to take advantage, missing the two free throws. But Toria Brocks took a pass from Hampton and scored inside with 9.1 seconds left to give the Lady Vikings a 33-32 lead.

Sweeney then made her first pressure-packed free throw and the game went into overtime.

Takaiyah Sweeney finished with a game-high 16 points. Norton had eight and Davis seven.

Ward scored 14 in the first half and nine in the third quarter.