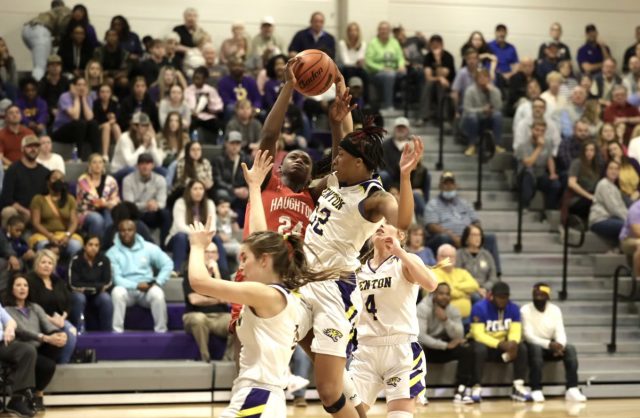 Six parish teams will begin their quests for state titles Thursday night as the LHSAA playoffs get underway.

The games tip off at 6 p.m. except for Bossier-Loranger, which starts at 5.

Benton has advanced to at least the semifinals the last four years. In their first year in Class 5A in 2019-20, the Lady Tigers won the state championship. Last season, they reached the title game.

The Lady Tigers are in the playoffs for the seventh straight year and 14 of the last 16 under Head Coach Mary Ward.

Like Benton, West Ouachita is in its third season in Class 5A. The Lady Chiefs lost in the first round of the playoffs the last two years.

Parkway is in the playoffs for the third straight year. The Lady Panthers lost to Benton 49-46 in the quarterfinals last year.

The No. 2 seed is the highest Parkway has achieved since the LHSAA started using power ratings to seed the brackets in 2008. Parkway was the No. 4 seed in 4A that year.

Parkway junior Mikaylah Williams was named one of the five finalists for the Naismith high school girls basketball Player of the Year by the Atlanta Tipoff Club on Tuesday. She was the only junior selected. The other four are seniors.

Airline will be looking for its first playoff victory since 2011. That was also the last time the Lady Vikings played a first-round game at home. Airline is in the playoffs for the third straight year and 11th out of the last 13.

The Lady Vikings lost to No. 8 Hahnville in the first round last year. H.L. Bourgeois lost to eventual champion Captain Shreve in the second.

Haughton is in the playoffs for the first time since 2014 and only the second since joining District 1-5A in the 2011-12 season. West Jefferson lost in the first round last year.

Bossier is back in the playoffs after a one-year absence. The Lady Kats lost in the second round in 2020.