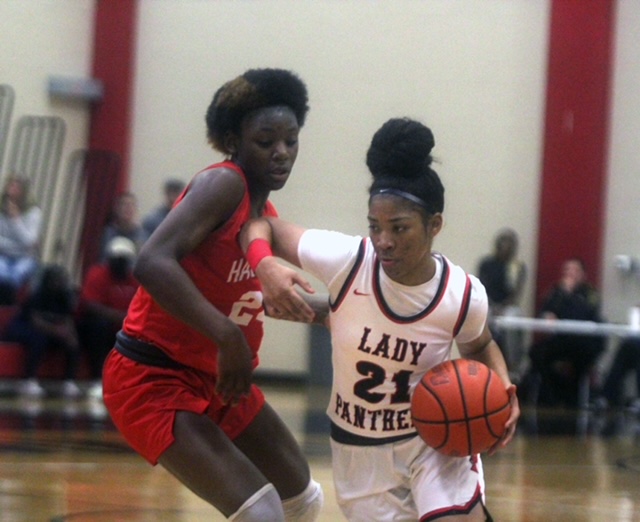 The Parkway Lady Panthers will be looking for a spot in the state tournament when they host the Northshore Lady Panthers Thursday night in the Class 5A quarterfinals.

The teams have three common opponents — Ponchatoula, Acadiana and Zachary.

Based on those scores, Parkway would have to be considered a big favorite.

But in the win-or-go-home pressure of the playoffs, anything can happen.

For an example, all the Parkway players have to do is look back at last season. The Lady Panthers were seeded No. 4. But they lost at home to No. 12 Benton, a team they had beaten twice by double digits in the regular season, 49-46 in the quarterfinals.

Most of the same players are back this season. You can bet Head Coach Gloria Williams hasn’t had to remind them of the disappointment they felt after that loss.

Junior guard Mikaylah Williams, one of five finalists for national Player of the Year, has led Parkway all season.

But she is far from the only reason for the team’s success. Sophomore guard Chloe Larry has also been outstanding.

Freshman forward Savannah Wilson has contributed on both ends of the court. Junior guards Ty’lissa Henderson and Makenna Miles have played their roles well.

Seniors Tiara Tillison and Tierra Sylvas lead Northshore, which lost in the second round last year. Tillison hit six 3-pointers and scored 33 points in the first-round victory over Thibodaux. Sylvas had 27.

The Parkway-Northshore winner faces the winner between No. 3 Lafayette (28-4) and No. 11 Southwood (24-10) in the semifinals at the LHSAA Girls’ Marsh Madness state tournament next week at Southeastern Louisiana University in Hammond.