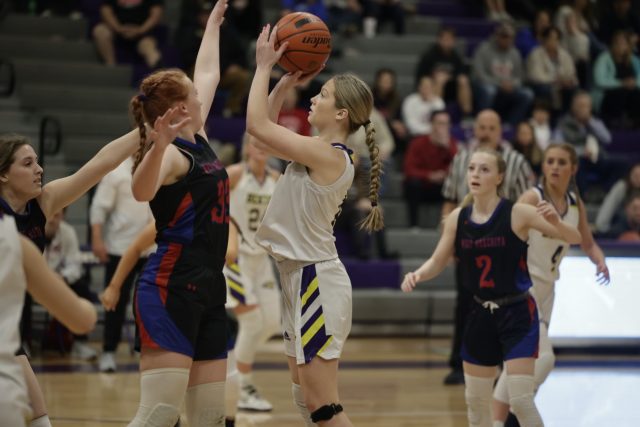 The Parkway Lady Panthers, Airline Lady Vikings and Plain Dealing Lady Lions advanced to the second round of the playoffs with victories Thursday night.

Three other parish teams saw their seasons come to an end.

At Parkway, Mikaylah Williams led the Lady Panthers with 22 points.

At Airline, Kayla Hampton poured in 33 points to lead the Lady Vikings. She also had nine rebounds and eight steals.

Kori Rice had a double-double with 18 points and 13 rebounds.

It was Airline’s first home playoff game and first victory in 11 years.

At Plain Dealing, the Lady Lions improved to 11-17 with the victory over their District 1-1A rival.

The Lady Lions visit No. 1 Northwood-Lena (30-1), which received a bye, in the second round.

At Benton, a fourth-quarter rally by the Lady Tigers fell just short when the Lady Chiefs hit a last-second shot to win it.

Ella Kate Malley and Chloe Bailey chipped in eight each.

3-point shooting was a big difference in the game. West Ouachita hit 12 while Benton had two, both by Bailey.

Jill Peacock hit four from behind the arc and led the Lady Chiefs (21-10) with 16 points. Avery Hancock, who also had four 3s, scored 14.

Benton closed its season 20-12. The Lady Tigers seniors were part of a remarkable four-year run that included one 5A state championship, one 5A runner-up and one 4A runner-up.

At Loranger, Bossier’s Sanaa Brown completed her outstanding four-year career with 23 points. She also had four rebounds and two steals.