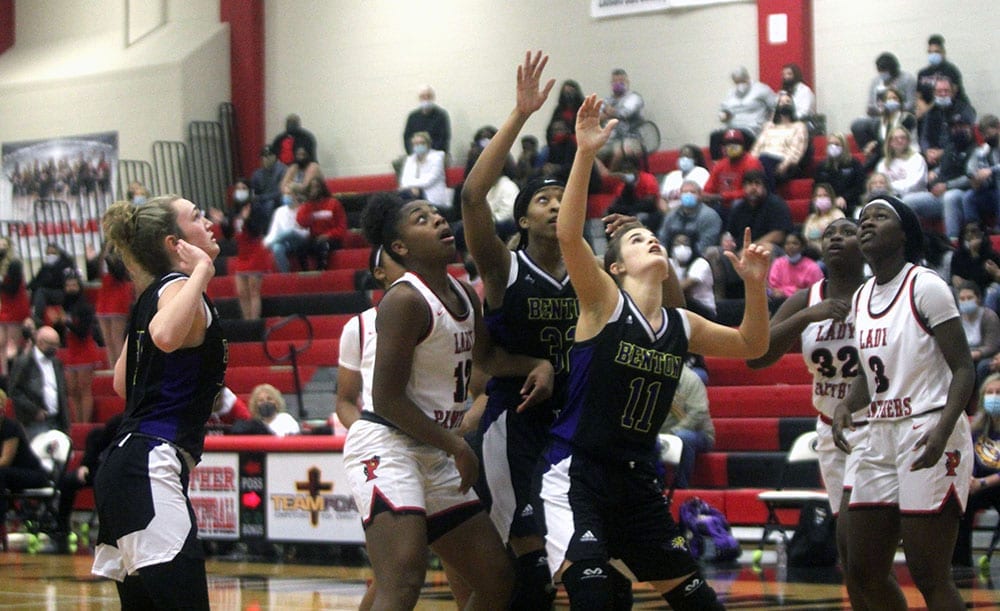 If you are thinking about heading over to Parkway this evening and getting a ticket to the quarterfinal matchup between the Lady Panthers and Benton Lady Tigers, don’t.

The game is sold out. In a typical season, the Parkway gym would likely be jam-packed for a game with a trip to the state tournament on the line.

Of course, this is not a typical year. Under Louisiana COVID-19 guidelines, during the modified Phase 2 recovery, only 25 percent of capacity is allowed. That comes to about 300 at Parkway.

Parkway used a fast start to defeat Benton 67-51 in their District 1-5A game on Jan. 5 at Parkway. The second district meeting scheduled for Benton was canceled.

The winner will play the winner between No. 1 Ponchatoula (28-0) and No. 8 Hahnville (18-3) in the semifinals at the Girls’ Marsh Madness State Tournament in Hammond.

Benton is looking for its fourth straight trip to the state tournament. The Lady Tigers reached the Class 4A semifinals in 2018 and the finals in 2019.

Parkway’s last trip to the state tournament was in 2008. The Lady Panthers lost in the Class 4A semifinals.

Benton reached the quarterfinals this season with wins over No. 21 Natchitoches Central 60-55 at home and No. 5 Mandeville 60-51 on the road.

Those fans lucky enough to make it into the Parkway gym will arguably see some of the state’s top players.

Parkway senior guard Sh’Diamond McKnight, sophomore guard Mikaylah Williams and freshman guard Chloe Larry have all been outstanding this season. Bianca Oliver is among several other Lady Panthers who have contributed to the team’s success in various roles.

Senior guard Jada Anderson has been a major contributor to Benton’s success for four seasons.