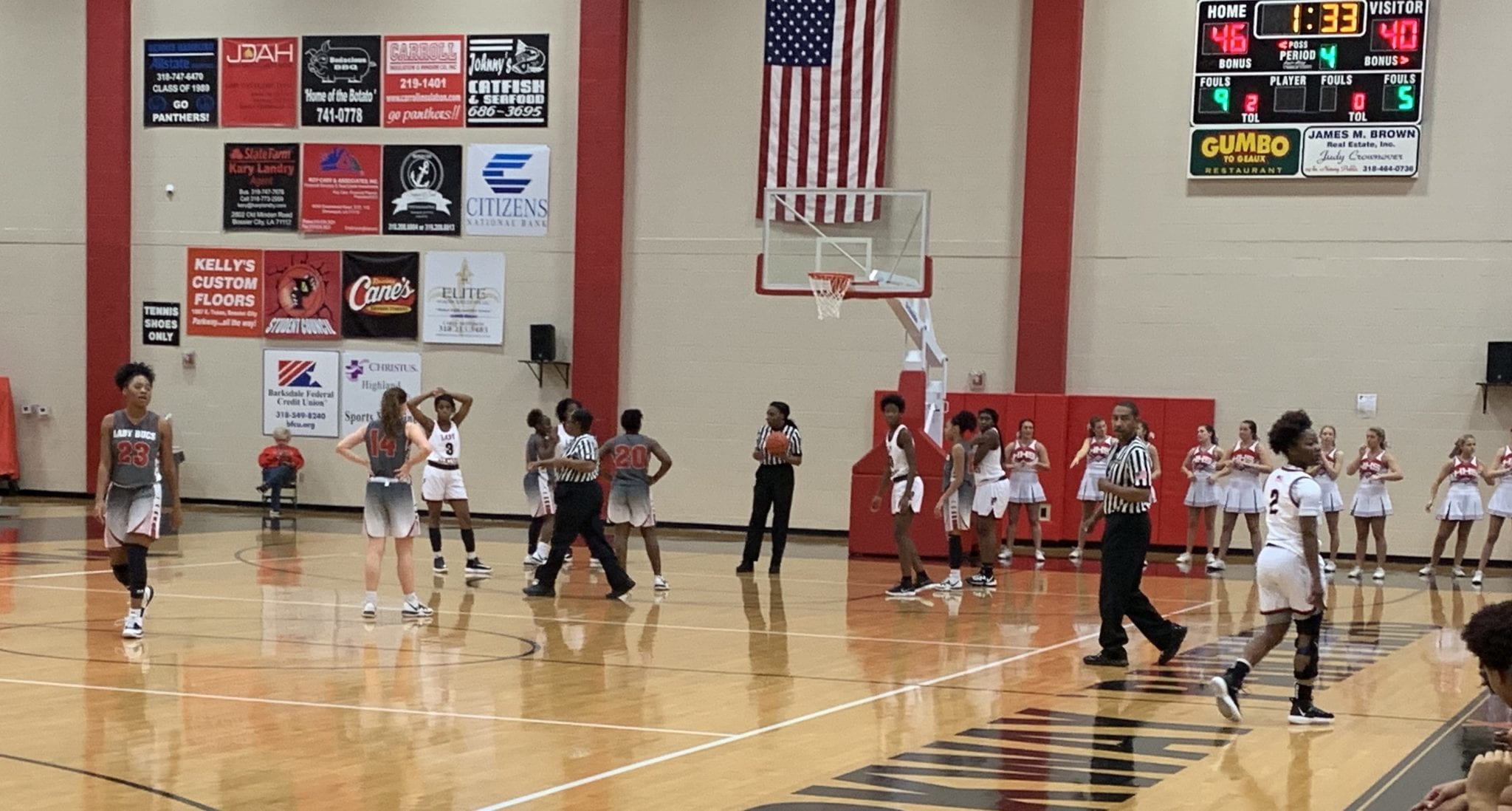 Parkway held off a furious Haughton rally in the final four minutes in a 48-43 victory over the Lady Bucs at Parkway.

Airline suffered a tough loss in its opener, falling to Southwood 51-48 at Airline.

At Parkway, the Lady Panthers had to withstand a couple of Haughton rallies not to mention a 35-point performance by Lady Bucs standout Taralyn Sweeney.

Parkway raced to a 12-0 lead and kept a double-digit lead for most of the first half. Jada Hardy sank two 3-pointers in Parkway’s 20-point first quarter.

But the Lady Bucs converted a couple of steals into layups in the final minute of the half to cut the lead to 28-22.

The Lady Panthers stretched the lead to 11 going into the fourth quarter.

Parkway (14-1) continued to thrive early in the fourth, forcing turnovers and turning them into points. With 5:36 to play, the Lady Panthers went up 42-27 on a putback by Tylisa Henderson.

Haughton (8-5) then began to rally. Taking advantage of cold shooting by Parkway and forcing turnovers, the Lady Bucs cut the lead to 10 with about four minutes left.

Sweeney converted a 3-point play to make it 44-37 with about three minutes left. After the Lady Panthers went back up by nine, Haughton quickly cut the lead to six.

After Parkway missed two shots and two free throws, Sweeney put up a 3-pointer that bounced off the back of the rim.

The Lady Panthers missed the front end of a one-and-one. Sweeney got the rebound, headed downcourt and attempted another 3 that was off the mark.

Hardy scored at the other end and the clock ran out.

Taralyn Sweeney scored 15 of Haughton’s 16 fourth-quarter points. Takaiyah Sweeney, who had eight points, was the only other Lady Buc that scored in the game.

Jordan Dukes and Deidre Williams scored eight each. Dukes has two big baskets in the fourth quarter and Williams had one.

Free throw shooting was a big factor in the game. Haughton made just 11 of 25. Parkway shot only 13 and hit five.

Benton led 25-15 at the half and then turned the game into a rout in the third quarter, outscoring the Lady Jackets 21-9.

Chambers scored nine in the quarter and Anderson had six.

At Lakeside, Plain Dealing raised its record to 4-7. Lakeside fell to 4-9.