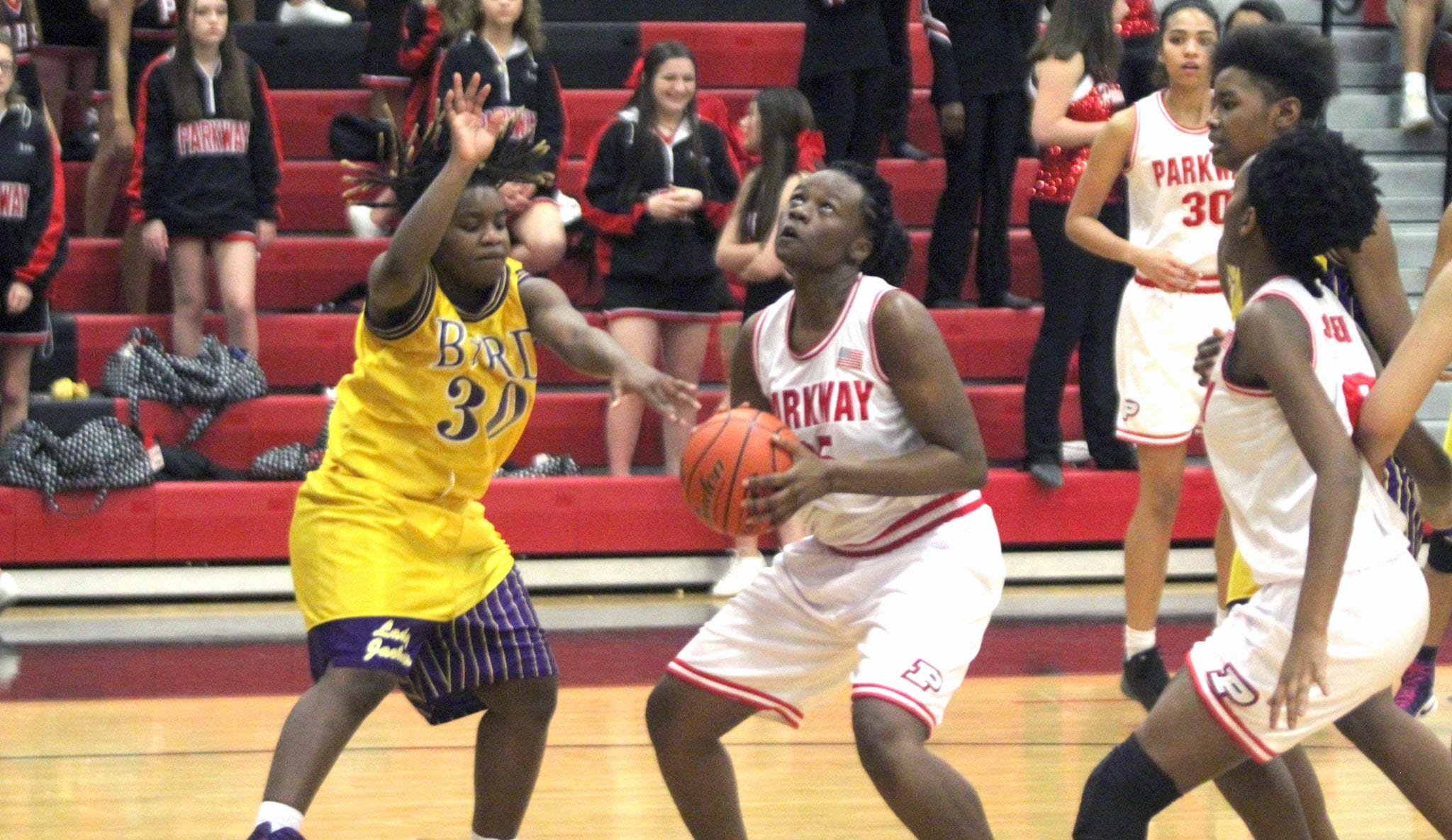 The Parkway Lady Panthers closed their first season under head coach Gloria Williams with a 52-36 District 1-5A victory over Byrd on Tuesday at Parkway.

Elsewhere, Benton picked up an impressive 54-46 District 1-4A road victory over the Minden Lady Tiders. Plain Dealing extended its winning streak to six games with a 66-20 District 1-1A rout of Farmerville in Plain Dealing.

In another District 1-4A game, the Bossier Lady Kats threw a scare into the Huntington Lady Raiders before falling 47-41 at Huntington. The Lady Raiders (19-5, 9-0), who have won 11 straight, clinched the district championship.

In another District 1-5A game, Haughton fell to Southwood 71-32 at Southwood.

At Parkway on Senior Night, seniors Niaya Fant and Kourtney Landry scored 16 and 15 points, respectively, to lead the Lady Panthers.

Parkway finished its first year under Williams with five wins.

Ward scored 13 in the second half, including 10 in the third quarter. Chambers scored 10 in the final two periods.

Benton, which avenged a 61-47 home loss to Minden on Jan. 13, improved to 16-14 overall and 5-4 in district. The Lady Tigers close the regular season Friday at Northwood. At No. 24 in the updated Class 4A power rankings released Tuesday, Benton is a shoo-in to make the playoffs. Generally, the top 32 teams make it.

At Plain Dealing, Dra Briggs and Laterrica Stewart scored 14 and 13 points, respectively, to lead the victorious Lady Lions. Teunna Perry chipped in with 11.

Plain Dealing improved to 14-10 and 10-3 in district. The Lady Lions close the regular season at home Friday against defending state champion Arcadia, which has already clinched the district title.

Plain Dealing was No. 13 in the Class 1A power rankings and should host a first-round playoff game regardless of the outcome of the Arcadia game.

At Huntington, the Lady Kats led the Lady Raiders 32-31 going into the fourth quarter. But Huntington outscored Bossier 16-9 down the stretch to pull out the victory.

Airline (13-14, 6-5) was idle Tuesday. The Lady Vikings, who were ranked No. 31 in the Class 5A power rankings, close the regular season at Haughton on Friday.