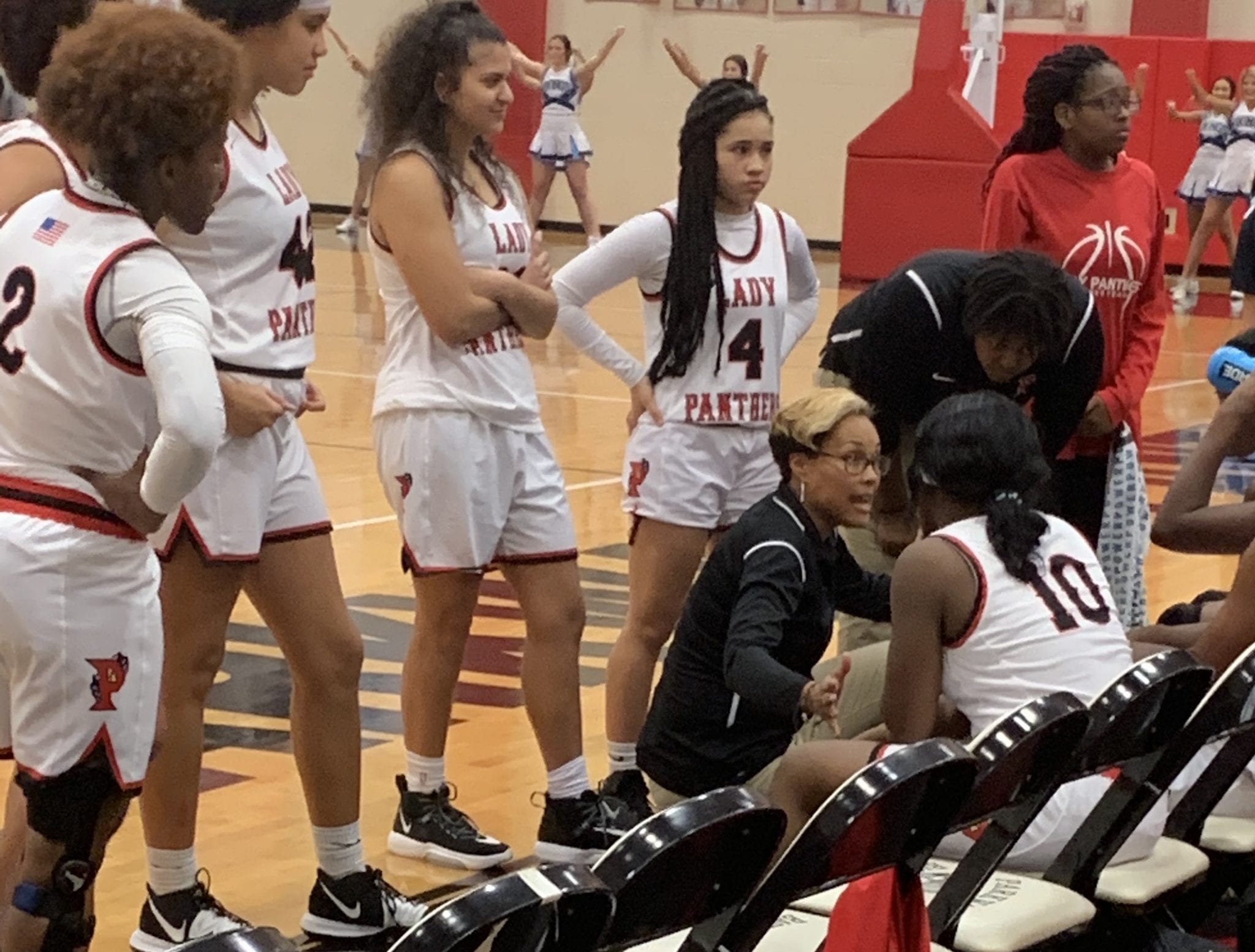 The Parkway Lady Panthers pulled away in the fourth quarter for a 47-39 District 1-5A victory over the Airline Lady Vikings Tuesday night at Parkway.

In other District 1-5A games involving parish teams, Benton lost to Natchitoches Central 60-56 in Natchitoches and Haughton fell to Southwood 58-22 at Southwood.

Elsewhere, Bossier opened District 1-3A play with a 57-1 victory over North Webster in Springhill.

Plain Dealing started District 1-1A play strong with a 64-32 home victory over Arcadia.

At Parkway, the game was close throughout.

Airline led 15-10 after the first quarter. Parkway pulled ahead midway through the second and led by four with a few minutes left.

But the Lady Vikings scored the final five points of the half, including a 3-pointer by Kayla Hampton with a couple of seconds left, and led 25-24 at the break.

Both teams struggled offensively in the third quarter. It was tied at 32 heading into the fourth.

With Parkway leading 38-37 and 2:30 left to play, Lady Panthers guard Sh’Diamond McKnight drove the lane for a layup.

After Airline missed a free throw, Parkway’s Madison Collins scored on a putback and was fouled. She converted the three-point play and the Lady Panthers led 43-37 with 1:38 left.

McKnight hit two free throws with 53.6 seconds left to put Parkway up by eight. She scored all nine of her points in the second half, including five in the fourth quarter.

At Natchitoches Central, Benton trailed 20-13 at the half as Lady Tigers standouts Qua Chambers and Jada Anderson combined for just four points.

Chambers came out strong in the third quarter, scoring 11 points. But the Lady Tigers cut only one point off the Lady Chiefs’ lead and trailed 36-30 going into the fourth.

But Natchitoches Central made enough free throws down the stretch to hold off the Lady Tigers. The Lady Chiefs hit 11 of 17 in the final period.

Junti Franklin, who hit three 3-pointers in the game, scored seven of her 23 points in the fourth. Nia Hardison scored 14 of her 20 points in the second half.

At Southwood, Haughton scored just 10 points over the final three quarters in the loss.

Taralyn Sweeney led the Lady Bucs with 14 points with all but two of those coming in the first quarter.

At North Webster, Bossier overwhelmed a Lady Knights squad that has struggled to score all season.