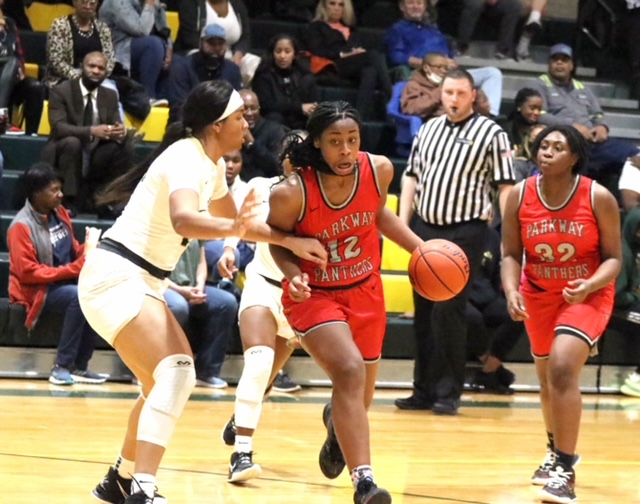 Parkway junior Mikaylah Williams has picked up another postseason honor and it’s a big one.

Williams has been named Farm Bureau/Miss Basketball by the Louisiana Sports Writers Association.

Williams, a 6-foot-1 guard, is only the second player from a Bossier Parish school named Miss Basketball since the award was established in 1996. Benton’s Lulu Perry earned the honor in 2012.

Williams averaged 22.8 points, 8.0 rebounds, 3.7 assists and 2.2 steals per game in leading Parkway to the Class 5A state championship game for the first time. The Lady Panthers went undefeated in District 1-5A for the first time at 14-0 and finished 33-3.

Williams has already been named the state’s Gatorade Player of the Year. She was also one of five finalists for the Naismith National High School Girls Player of the Year presented by the Atlanta Tipoff Club, which went to UCLA signee Kiki Rice of Washington, D.C.

Williams and Rice were teammates on the USA team that won the gold medal in the FIBA 3×3 U18 World Cup last August in Hungary. Williams was named MVP of the event.

Williams has also been named the Outstanding Player on the LSWA’s Class 5A All-State team. She was also recently named to the MaxPreps All-America first team.

She is ranked as the nation’s top college recruits by at least two recruiting organizations.

A three-sport athlete who also excels at softball and track and field, Williams maintains a 4.0 grade-point average.