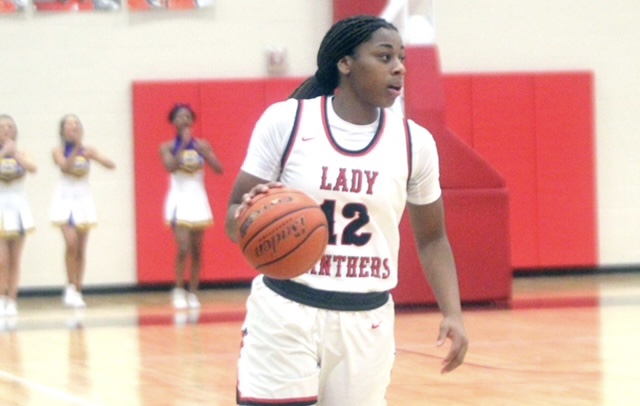 Parkway Senior Mikaylah Williams has already received several big honors in her high school career, and now she has added another.

Williams has been named to the McDonald’s All American Game West roster. She was one of 24 players selected for the prestigious national all-star game, which will be played March 28 at the Toyota Center in Houston.

She will be playing against future LSU teammate Aalyah Del Rosario, a 6-foot-5 post player from The Webb School (Tennessee).

One of Williams’ 12 West teammates will be JuJu Watkins, a 6-0 guard from Sierra-Canyon, Calif. Williams and Watkins went head to head earlier this season when Parkway faced Sierra-Canyon at the Centenary Gold Dome.

Watkins and Williams are currently ranked as the No. 1 and No. 2 players in the Class of 2023 by ESPN. But in its analysis of the McDonald’s All American Game players ESPN says the following.

“Williams is one of those players who is the elite of the elite, in any class. The race for No. 1 was a tight one and it is more like No. 1A and No. 1B in this 2023 class — take your pick or take your preference in a given matchup.”

Last year, Williams was one of five finalists for two national Player of the Year awards. She led the Lady Panthers to the Class 5A state championship game for the first time.

Williams was named the state’s Miss Basketball by the Louisiana Sports Writers Association and the Louisiana Gatorade Player of the Year.

She is also a three-time gold medalist playing on USA Basketball teams in 3-on-3 and 5-on-5 World Cup events.

With the threat of severe weather and high winds, DOTD encourages...