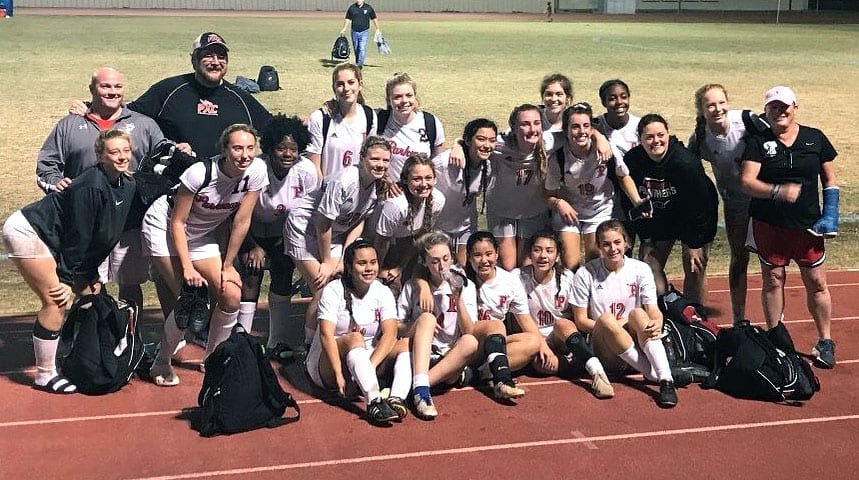 For the fourth consecutive year, the Parkway Lady Panthers are headed to the quarterfinals of the Division II soccer playoffs.

Parkway, the No. 11 seed, upset No. 6 Sam Houston 3-1 in the second-round Wednesday in Lake Charles.

Parkway, which led 2-0 at the half, extended their unbeaten streak to 12 games (nine wins, three ties).

Parkway played a very tough early season schedule. All seven of their losses were against teams that made the playoffs, including Division I No. 1 seed Byrd and Division IV No. 1 Loyola (twice).

Parkway and Magnet shared the district title this season. The No. 8 seed Lady Mustangs lost to No. 9 Ben Franklin 4-0 in the second round.