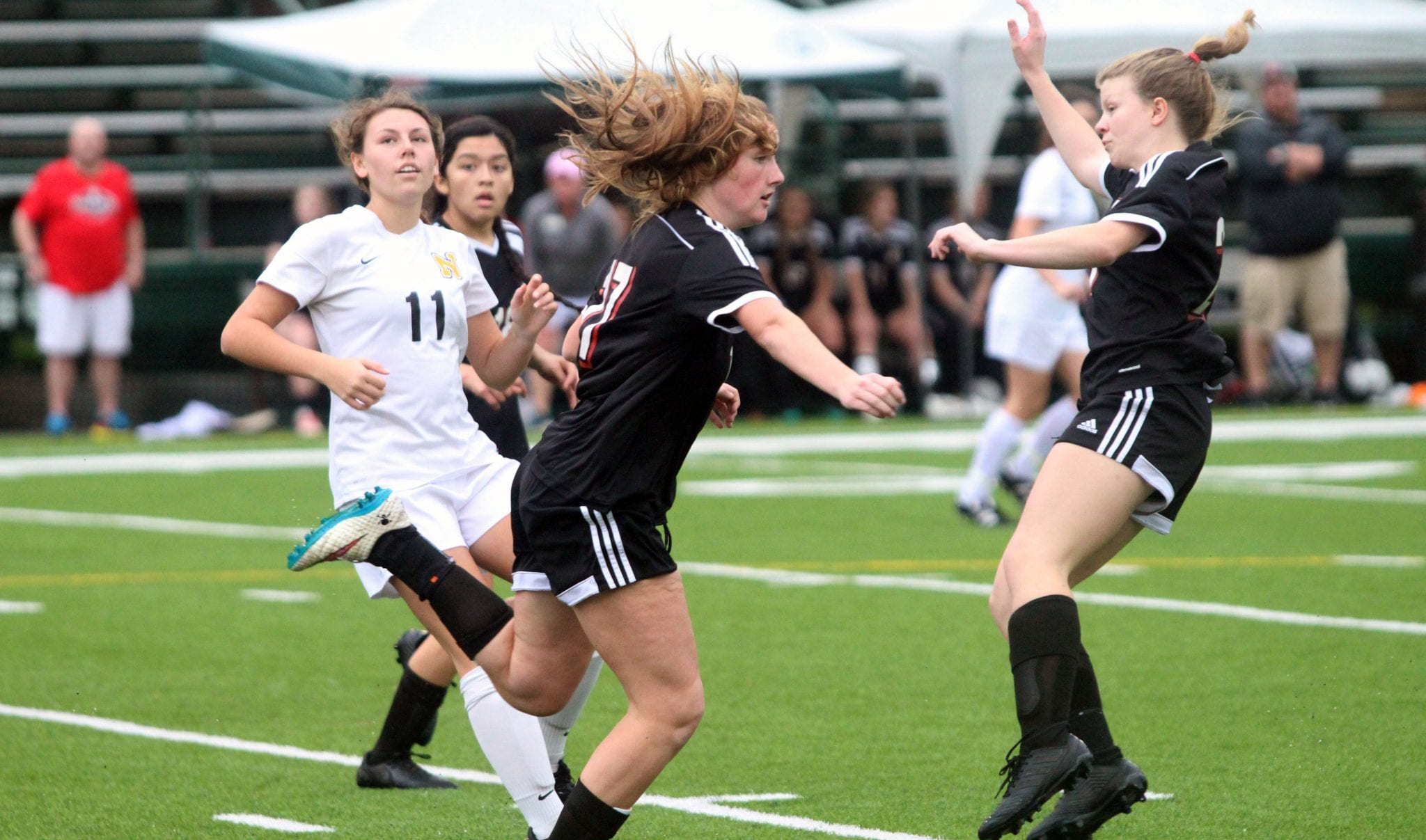 The No. 11 seed Parkway Lady Panthers battled No. 3 Neville on basically even terms on the field and scoreboard in the first half of their Division II girls soccer quarterfinal game Monday at Bossier’s Memorial Stadium.

But Neville’s relentless pressure in the second half proved to be the difference in a 3-1 Lady Tigers’ victory.

Parkway closed the season 12-8-5. After a 3-7-2 start playing a very tough schedule, the Lady Panthers went on a 12-game unbeaten streak that included nine wins and a District 1 co-championship. Parkway upset No. 6 seed Sam Houston 3-1 in the second round.

The game was the final one for Parkway senior players Kendall Roshto, Michelle Elias, Faith Ingles and Laura Reddinger and manager Maecy Ingram.

“We shouldn’t even be here,” Parkway coach Shelley McMillian said. “Fortunately the game is not played on paper otherwise somebody burned ours long ago.”

McMillian retired as the state’s winningest coach in 2015 after 25 years coaching at local schools. She came out of retirement and took over at Parkway eight games into the season.

She described her and the team’s journey since then as “amazing.”

“If we get nothing else out of this from the last eight weeks is that they’re going to face adversity,” McMillian said. “It’s going to be way more than this. My hope and my prayer is they’ll draw from that.”

Neville (19-5-3), which defeated Benton 1-0 in the second round, ran its unbeaten streak to 17 games. The Lady Tigers will play No. 2 Lakeshore in the semifinals.

Parkway lost to Neville 6-0 in the third game of the season. But Monday’s game was a far cry from that one and showed how far the Lady Panthers had come.

“They outplayed us in lots of parts of the game,” McMillian said. “In other parts we outplayed them. We’re young, don’t have a huge bench. We’ll be back.”

The Lady Tigers scored first on a shot in front of the goal at about the 21-minute mark. The Lady Panthers tied it about nine minutes later. Maya Jackson scored from the right flank on an assist from Peyton Pipes.

Neville broke the tie about 12 minutes into the second half. It started with a long free kick that hooked left of the goal. The Lady Tigers maintained control and got the ball outside.

They scored on a long shot that went just over the outstretched hands of a Parkway defender and into the far left side of the goal.

Most of the second half was played on Parkway’s side of the field. The Lady Panthers defense and goalkeeper Harley Pierce did a good job of keeping Parkway in the game.

Parkway did have a few opportunities to score in the half. A good corner kick and a penalty kick from the sideline both put the ball in front of the goal, but the Lady Panthers couldn’t get an open shot.

Jackson also had a couple of runs at the goal. She was well defended each time and couldn’t set up for a clear shot.