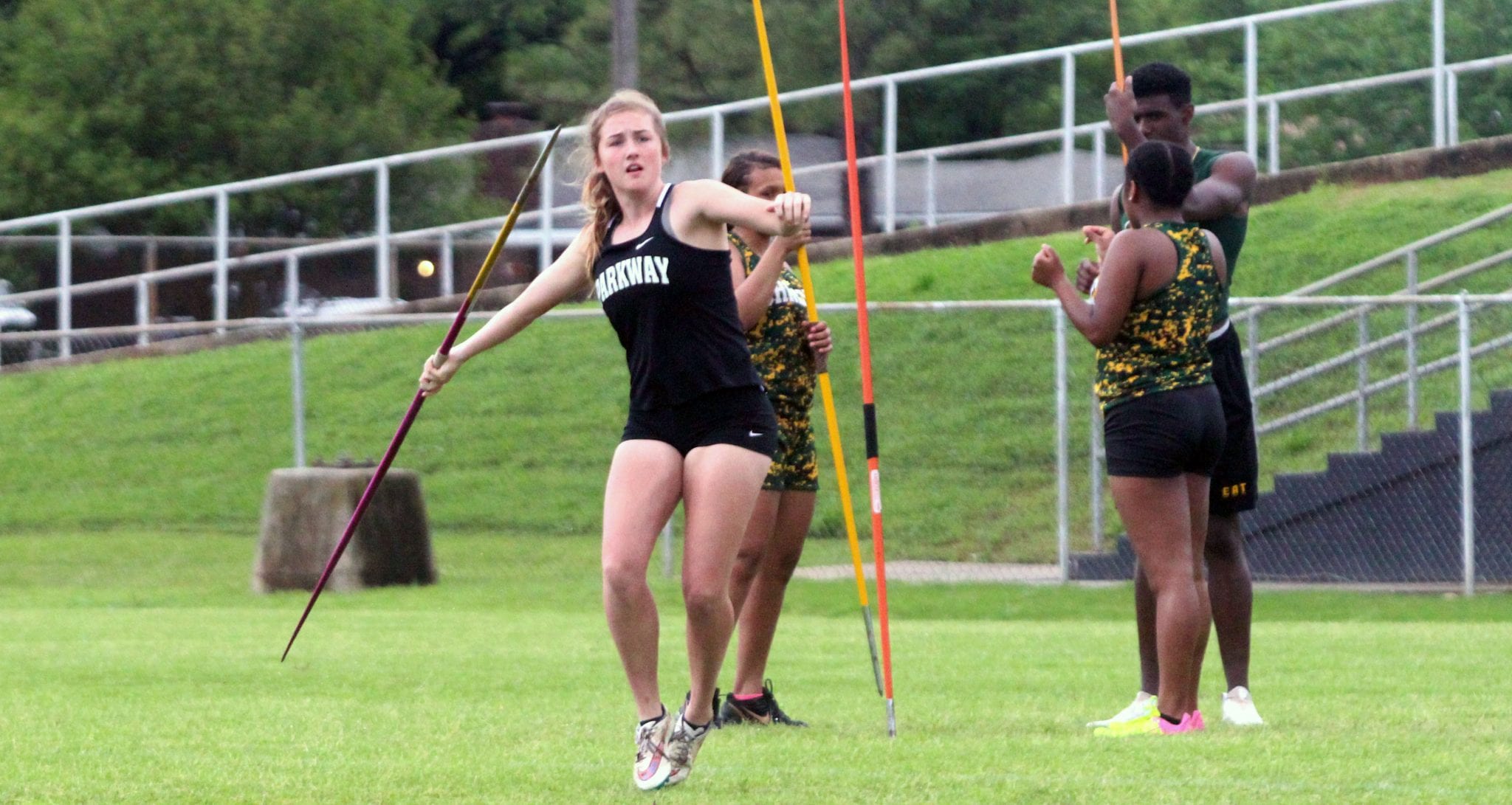 Parkway finished runner-up in the District 1-5A track and field meet Thursday at Airline.

The Lady Panthers scored 153.5 points. Captain Shreve won its third straight title with 172. Byrd was third with 129.5, Airline fourth with 78 and Haughton fifth with 48.

The meet started at 4 p.m. despite heavy rain earlier in the day. About an hour after it started, a line of strong storms rolled through, causing a delay. The meet continued after the skies cleared, but the temperature dropped.

Morris captured the pole vault with a vault of 9 feet. Pipes won the javelin with a toss of 101-0.5.

Burgess and Shreve’s Kennedy Gerard both cleared 5-2 in the high jump. Gerard won on fewer misses.

Airline’s Emily Bourgeois and Anwaar Shihadeh finished 2-3 in the javelin behind Pipes with throws of 100-7 and 87-7.

Pipes also qualified for next Thursday’s Region I meet at Northwestern State in the 100 and 300 hurdles. with fourth-place finishes.

Parkway’s Morris also qualified in the long and triple jumps with fourth-place finishes.