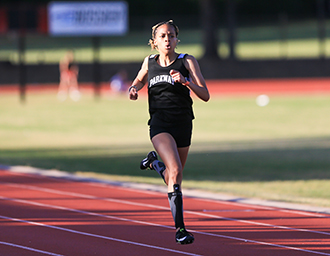 The Lady Panthers scored 112 points, edging runner-up Benton by seven. North DeSoto was third with 94 and Haughton fourth with 91.

Athletes went into the meet with next week’s district meets in mind with some changing their usual routines to be better prepared.

Benton junior Jamie Willis has dominated the hurdles this season. Thursday she added something new.

For the first time this season Willis competed in triple jump instead of the long jump. All she did was win it with a leap of 35 feet, 2 inches. That’s the best in the parish this year by almost a foot. Parkway’s Maya Jackson finished second with a 33-8.

Airline’s Brianna Taylor won the 100 dash in a sizzling 12.09, lowering her parish-best mark by .18. Parkway’s Jillian Walton was second in 12.59, her best this season.

Benton’s Isabelle Russell only competed in the 800, winning it in 2:30.19. That’s almost four seconds faster than her own parish-best time.

Parkway’s Chloe Larry and Mikaylah Williams had parish-best distances in their respective events.

Benton’s Sadie Hamby was second in the javelin with a 105-3.5, a personal season best.

Airline’s Jessie Frank, the parish leader, won the pole vault with a 9-6, 6 inches higher than her previous best.

Hulett lowered her parish-best by .37. Pepp improved her personal season best by .47.

Hulett also finished second in the pole vault with an 8-6, matching her season best.

Airline’s Arianna Hill continued her parish domination in the high jump, winning with a 5-2, 2 inches higher than Natalie Cobb of North DeSoto.