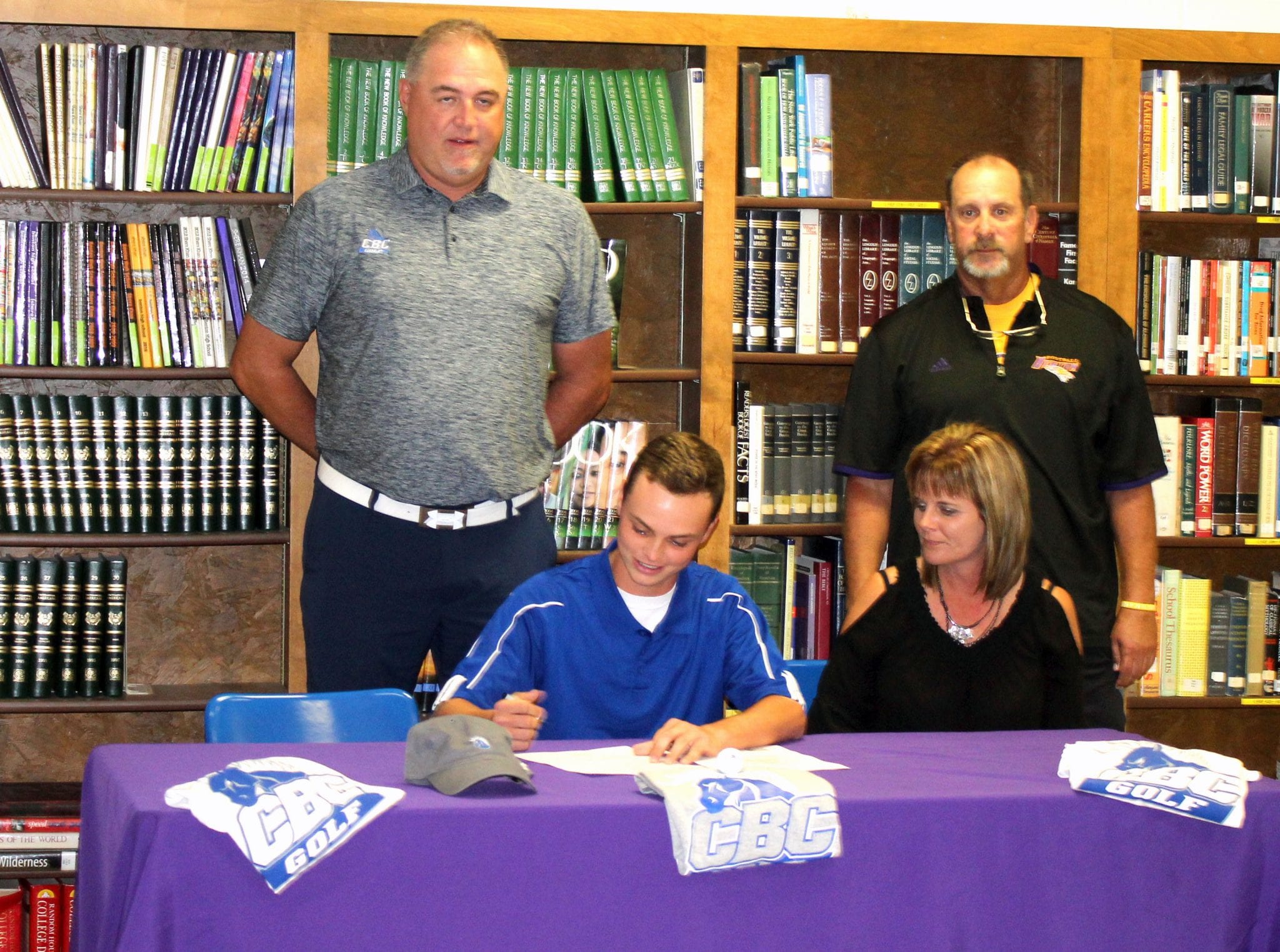 Ryan shot a 2-over 74 in the final round Tuesday at The Wetlands in Lafayette and finished at 1 under for the 36-hole event.

First-round leader Nicholas Arcement of host E.D. White won the tournament. He shot a 75 Tuesday to go with a first-round 64 and finished at 5 under. St. Louis’ Zac Eisner (69-73) finished runner-up.

Benton junior Hayden White, who shot a first-round 75, had to withdraw after developing a fever. He had a temperature of 103 Tuesday morning.

Teurlings Catholic of Lafayette won the championship with a 594, including an 11-over 299 Tuesday. St. Louis Catholic of Lake Charles was second at 604. Benton finished fifth at 647.

Airline sophomore Carter Jurkovich finished tied for 18th in the Division I tournament at Farm d’Allie in Carencro.

First-round leader Gage Primeaux of Barbe won. He shot a 73 in the second round for a two-day 3-under 141. St. Thomas More’s Matt Weber was three strokes back in second.

Like Benton, Byrd had its streak of state titles ended. The Yellow Jackets, who had won three in a row, finished third with a 607. New Orleans Jesuit won with a 593, eight strokes better than Catholic.