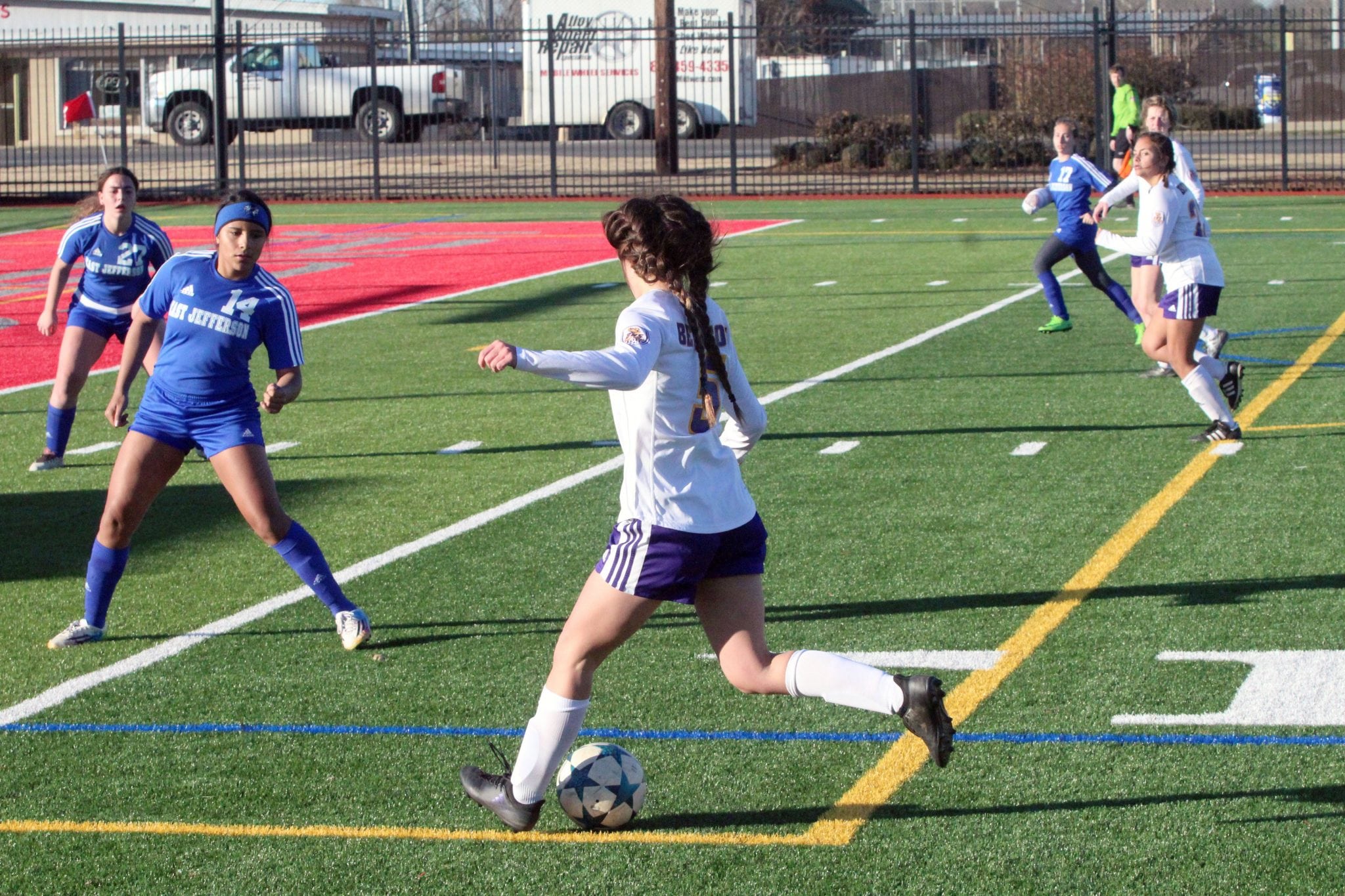 The Airline Lady Vikings and Benton Lady Tigers advanced to the second round of the girls soccer playoffs Friday.

Benton, the No. 9 seed, cruised past No. 24 East Jefferson 5-0 in a Division II first-round game at Freedom Fields. The Lady Tigers (20-9-3) will travel to Franklin to take on No. 8 Ben Franklin (19-3), which received a first-round bye, in the second round.

In a Division II boys first-round game, No. 12 Parkway’s outstanding season ended with a 4-1 loss to No. 21 Carencro at Bobby Marlow Field at Preston Crownover Stadium.

The Airline-Thibodaux game came down to penalty kicks shootout after neither team scored in regulation and two overtimes.

Abbie Neuman and Emily Francis scored goals and the Lady Vikings won the shootout 2-1. Goalkeeper Mallory Ganey, who had an outstanding game, made a big save.

Hailey McGhee scored all five of Benton’s goals in the victory over East Jefferson. The Lady Tigers led 2-0 at the half and continued to put the pressure on East Jefferson’s defense in the second half.

At Preston Crownover, Parkway closed its season 13-8-2. The Panthers made the playoffs after winning only four games in the last two years. Carencro raised its record to 7-10-3.

The Bossier-Erath game was tied at 1 at the half, but the Bobcats scored twice in the second half to win it.

The Haughton girls closed their season 10-13-2.