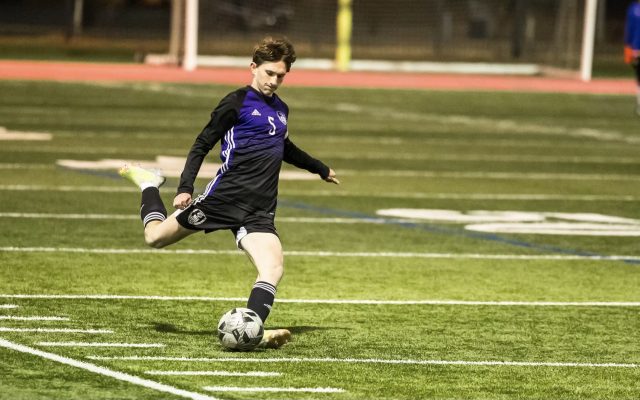 After many years of frustration against Loyola College Prep, Bossier finally got over the hump with a 1-0 victory over the Flyers at Messmer Stadium in a game that decided the District 1-III championship.

Benton closed the regular season 14-7-2 and finished 6-0 in district. The Tigers have won nine of their last 10.

RJ Moore, Ethan Bihler and Logan Smith scored goals for the Tigers. Moore and Chase Clutter had one assist each.

According to GeauxPreps.com, Benton is No. 7 in the Division II power ratings. The top eight teams in the final ratings receive first-round byes in the playoffs.

At Messmer, Felix Deras scored Bossier’s goal on an assist from Yoany Reyes in the 15th minute of the game.

Marco Rodriguez got the shutout in goal.

“Marco Rodriguez has done a phenomenal job replacing Coleman Beeson,” Bossier coach Orlando Medellin said in an email. “It has not been an easy job but he has done great. We are so thankful for his hard work and dedication!”

According to GeauxPreps.com, the Panthers are No. 8 in the Division II power ratings.

In a battle for the District 1-II girls championship, Benton lost a heartbreaker to Caddo Magnet 3-2 at Freedom Fields.

Natalie Brice and Jenevieve Willis scored one goal each. Lexy Bouillon and Abigail Jacobs had one assist each.

Benton closed the regular season 14-10-4 and 4-1. The Lady Tigers are No. 5 in the Division II power ratings and will receive a first-round bye in the playoffs.

In another District 1-II girls regular-season finale, Haughton and Minden played to a scoreless tie in Minden.

Yohan Roche had four assists. Ebarb had two and Ontiveros one.

Haughton finished the regular season 7-13-2. The Bucs are No. 21 in the Division II power ratings and will be on the road in the first round of the playoffs.

The Airline girls closed the regular season with a 2-1 victory over North DeSoto at M.D. Ray Field at Airline Stadium.