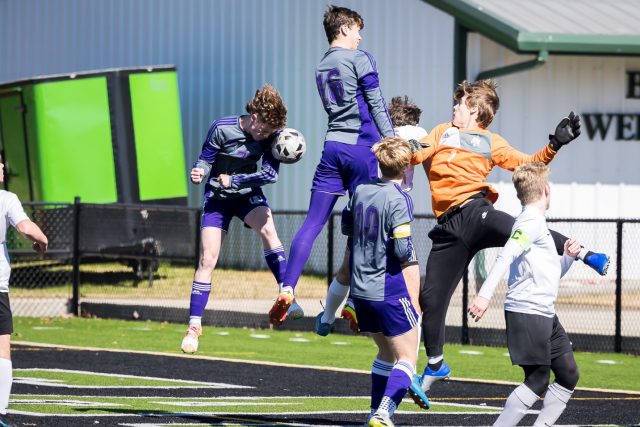 The Benton boys and girls teams and the Bossier boys advanced to the quarterfinals of the playoffs in their respective divisions with second-round victories Saturday.

In another Division II boys second-round game, No. 8 Parkway fell to No. 9 Ouachita Parish 3-1. The Panthers closed the season 13-9-1.

At Bossier, Logan Smith scored four goals and assisted on two others to lead the Benton boys.

Buzz Bording scored one goal. Chase Clutter and Aidan Bonar had one assist each.

Benton will be making its third quarterfinal appearance in the last four years. The Tigers reached the state championship game last year.

Lexy Bouillon scored two goals and had three assists. Abigail Jacobs had one goal and one assist.

Benton will be making its third straight quarterfinal appearance. The Lady Tigers lost to No. 2 Lakeshore 7-1 last season.

At Bossier, Yoany Reyes scored two goals for the Bearkats. Felix Deras, Rony Carcamo and Marquis Harris had one apiece.

“Very intense game,” Bossier coach Orlando Medellin said. “We were able to set a tone early in the game with an early goal. The early goal was the difference. The boys were very disciplined.”

Bossier has reached the quarterfinals for the third straight year. The Bearkats lost to No. 1 seed University Lab 3-0 last year.