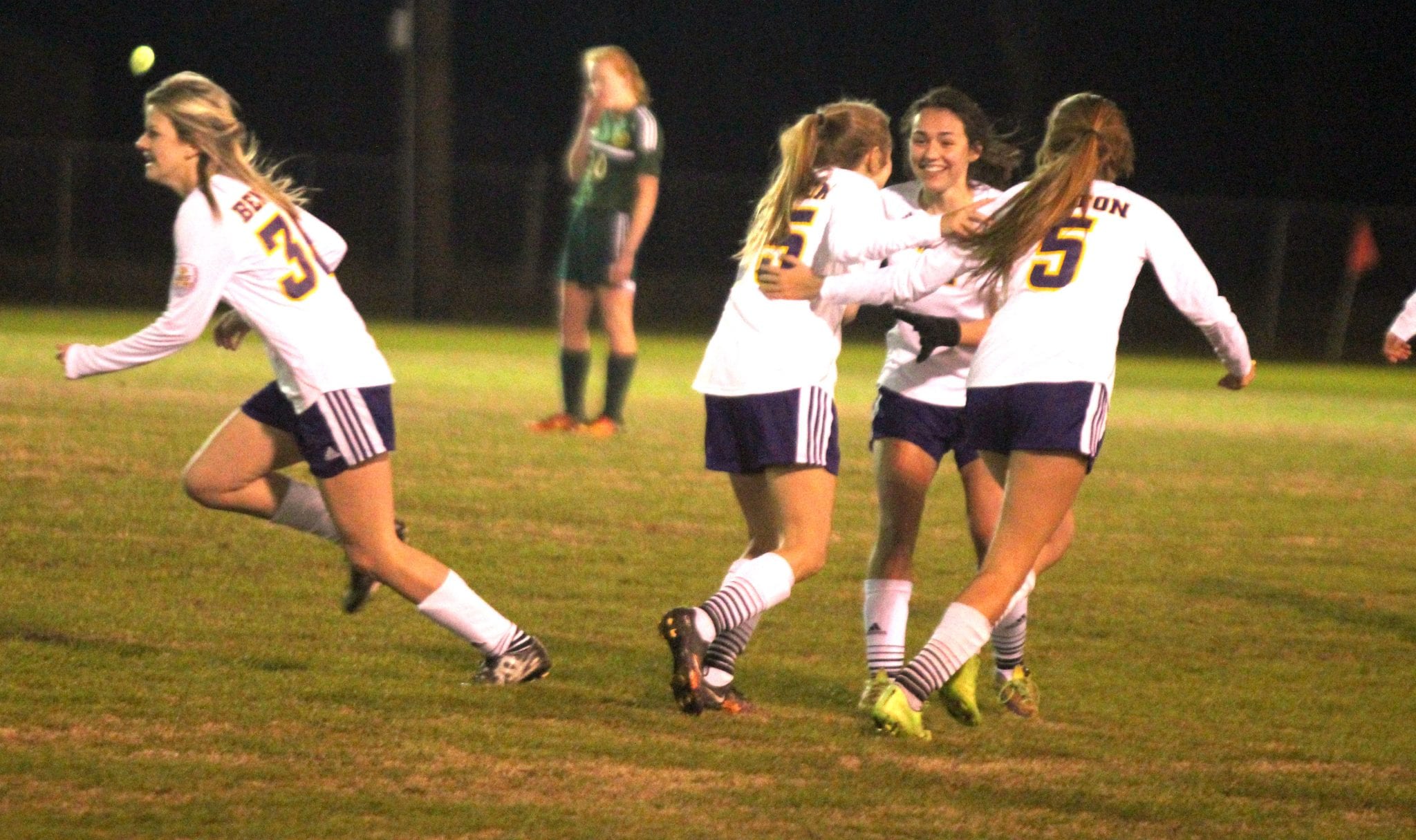 Benton’s Sarah Varnado scored the tying goal early in the second half on an assist from Annalee Ward. Hailey McGhee scored the Lady Tigers’ first-half goal.

Benton and Shreve both had a few more scoring opportunities in the second half but neither could capitalize.

Benton is currently No. 8 in the LHSAA’s Division II power rankings. The Lady Tigers finish the regular season with a non-district game Monday against North DeSoto. If they finish at No. 8 or higher, they will receive a first-round bye in the playoffs.

In a boys District 1-II contest, Benton fell to Captan Shreve 4-1. The Gators (16-3-3, 7-0) clinched the district title. Benton (13-10-5, 5-2), which closes district play and the regular season Monday against Haughton, will finish runner-up. The Tigers are No. 13 in the Division II power rankings and will likely host a first-round playoff game.

In a girls non-district game, Airline fell to St. Frederick 3-1.

Rene Alvarado led Bossier with four goals. Pau Kim had one goal and three assists. Hafid Algahim and Jairo Ramirez had one assist each.

Bossier improved to 11-5-1. The Bearkats are No. 9 in the Division III power rankings with only a district game at Union Parish left in the regular season.

Lindsay Donlan scored the Airline girls’ goal against St. Frederick on an assist from Abbie Neuman.

NOTE: The above report is based on information provided by coaches or reports on teams’ official Twitter accounts.