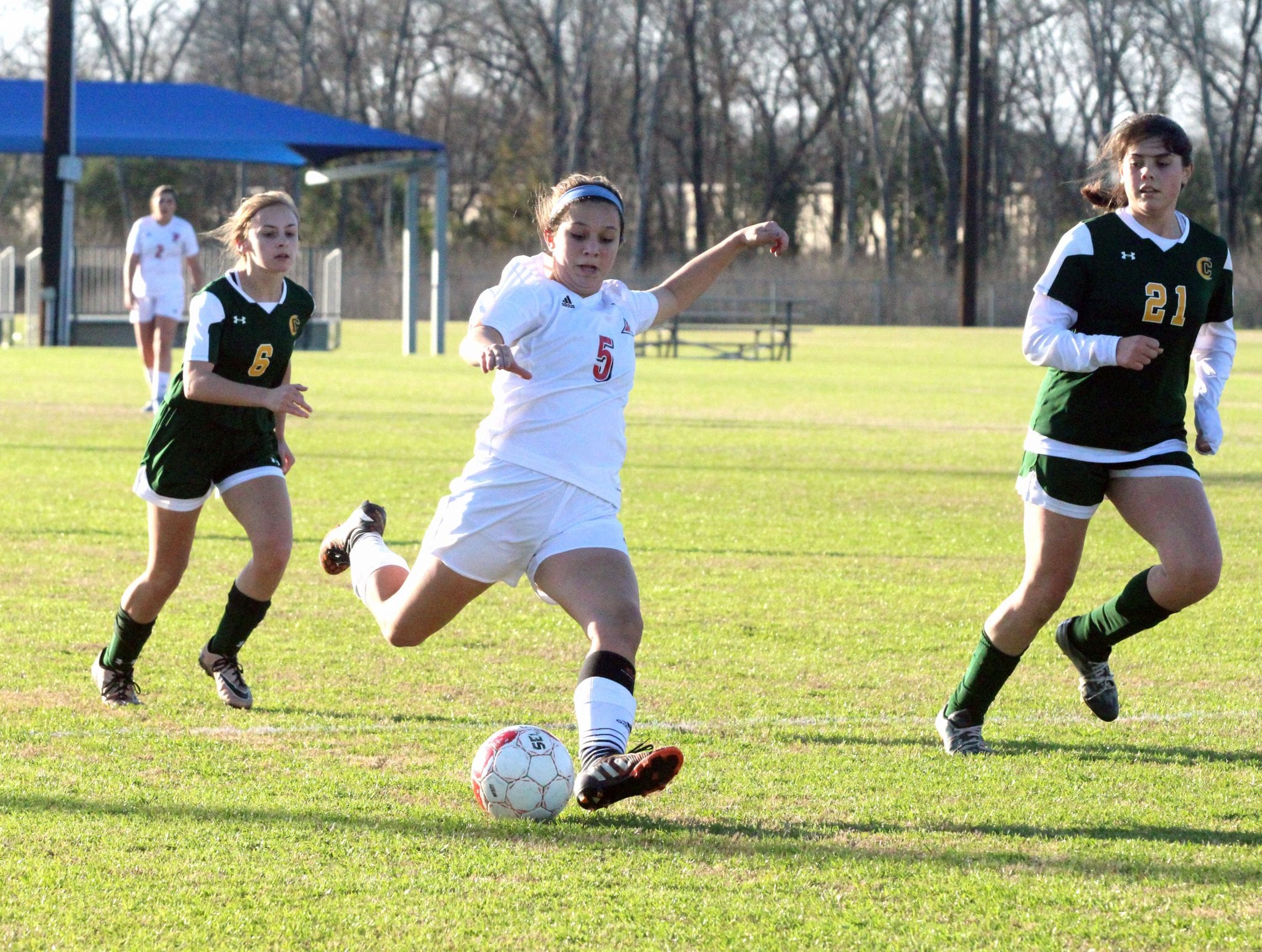 The Parkway Lady Panthers and Bossier Bearkats advanced to the second round of their respective divisions in the LHSAA soccer state playoffs Friday.

Parkway, the No. 10 seed, scored six second-half goals in a 7-1 victory over No. 23 Cabrini of New Orleans in the first round of the Division II girls playoffs.

Bossier, the No. 9 seed, downed No. 24 International High School of New Orleans 3-0 in the first round of the Division III boys playoffs.

The Parkway-Cabrini game was scoreless for almost the entire first half. Cabrini broke through first with a goal at about the 30-minute mark. It took the Lady Panthers about two minutes to answer with Aubrey Burkhardt scoring from the right wing.

The second half was a different story as Parkway dominated. Burkhardt added three more goals and an assist. Faith Ingles scored two goals. Goaltender Madelyn Elliott scored one goal and had 11 saves.