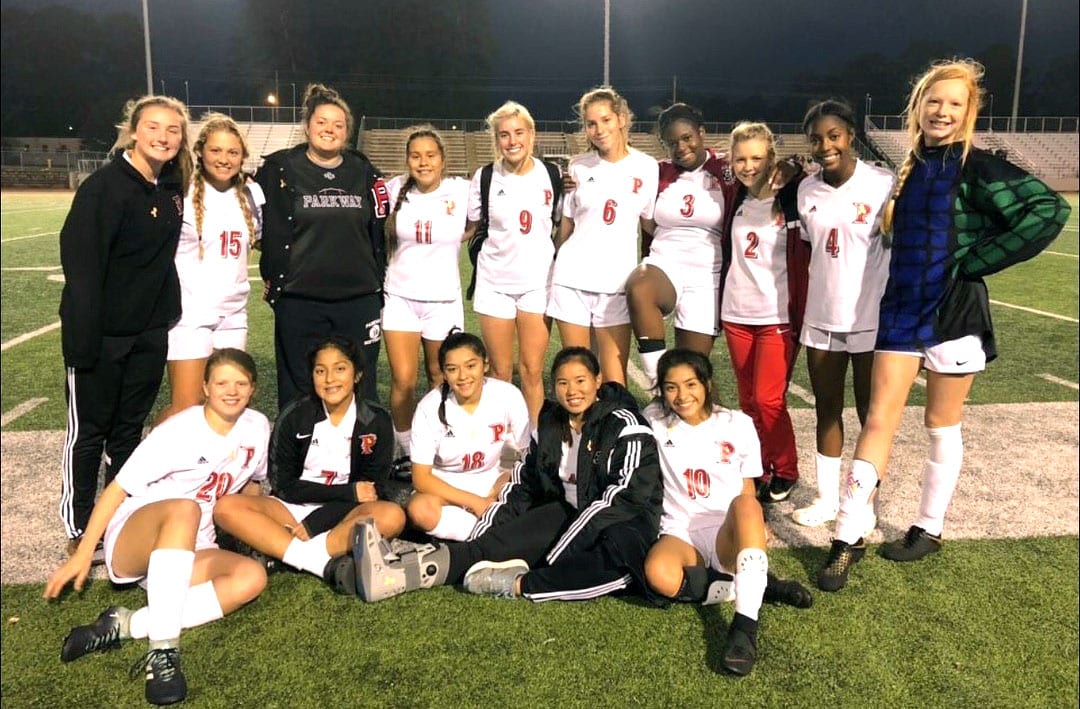 The Parkway Lady Panthers earned a share of the District 1-II girls soccer championship with an 8-0 victory over Northwood on Thursday at Bossier High.

Parkway and Caddo Magnet played to a 1-1 tie in their district game on Jan. 10.

Faith Ingles had one goal and one assist. Lisette Tunek has two assists.

Heather Landry and Michelle Elias scored one goal each. Lauren Sepeda had an assist.

The game marked the end of the regular season for Parkway. The Lady Panthers were No. 11 in the updated LHSAA Division II power rankings and will likely host a first-round playoff game.

Elsewhere, the Benton Tigers fell to Caddo Magnet 4-0 in a showdown for the District 1-II boys championship at Lee Hedges Stadium.

Benton (13-7-5, 5-1) closes the regular season with a home game against Tioga at noon Saturday. The Tigers were No. 9 in the power rankings and will need to move up one or more spots to receive a first-round bye in the playoffs. Otherwise, they will host a first-round game.

The Caddo Magnet boys, No. 4 in the power rankings, improved to 12-4-2 overall and finished district play 6-0.

The Haughton boys closed the regular season with a 3-1 District 1-II victory over Minden on Senior Night at Harold E. Harlan Stadium.

The Bucs (7-9-1, 3-3) were No. 24 in the power rankings. The top 24 teams generally make the playoffs. District champions automatically qualify regardless of ranking.