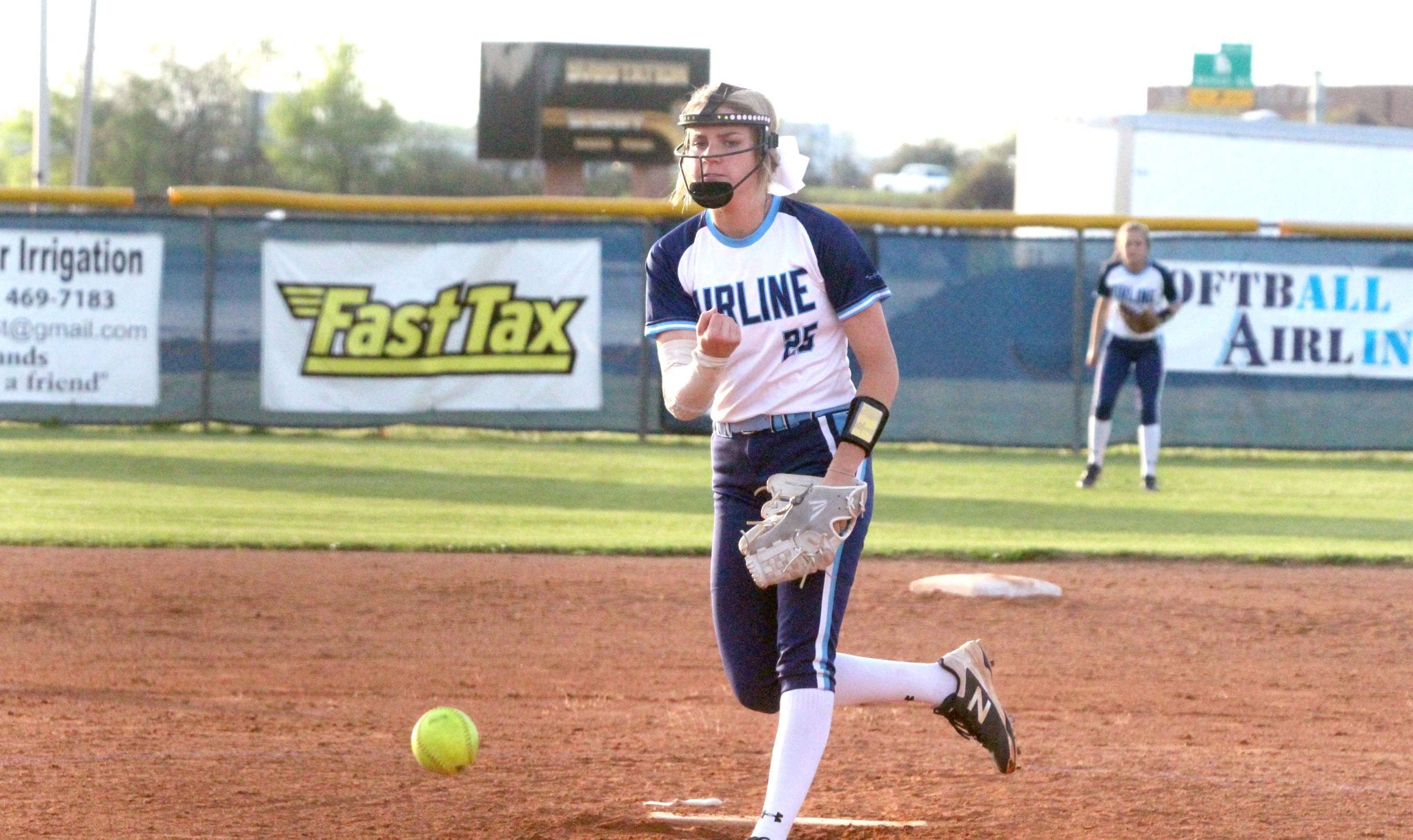 The Airline Lady Vikings clinched their third straight District 1-4A softball championship with a 4-0 victory over the Haughton Lady Bucs on Tuesday at Airline.

In a non-district game, Benton fell to North Webster 10-8 in Springhill.

Haughton freshman Whitley Cannon turned in a solid performance in the circle. She allowed six hits and walked six.

Airline scored one in the bottom of the second on two walks, a groundout and an error. The error came on a hard-hit line drive by Makenzie Chaffin.

The Lady Vikings had trouble getting the timely hits early in the game, leaving the bases loaded in the first and two on in the second. But that changed in the fifth.

Jessica Baffuto led off with a walk. Maddie Ennis smacked a double to left field, sending Baffuto to third.

With one out, freshman Jina Baffuto singled to right field, scoring Jessica Baffuto and Ennis.

The Lady Vikings added another run in the seventh. Paris Endris led off the inning with a single. Following a walk and an error, Jessica Baffuto’s sacrifice fly scored Endris.

Lexi Gray had a leadoff double in the fourth inning.

Haughton’s McKayla Burkart and Averi Phillips both had singles.

At North Webster, Benton’s Emily Angelo went 3-for-4 with a home run and two RBI. Madi Simms went 2-for-3 with a triple and three RBI.

Anna Claire Kratzer had an RBI-triple. L. Baker went 2-for-3. Joely Fletcher had a double.