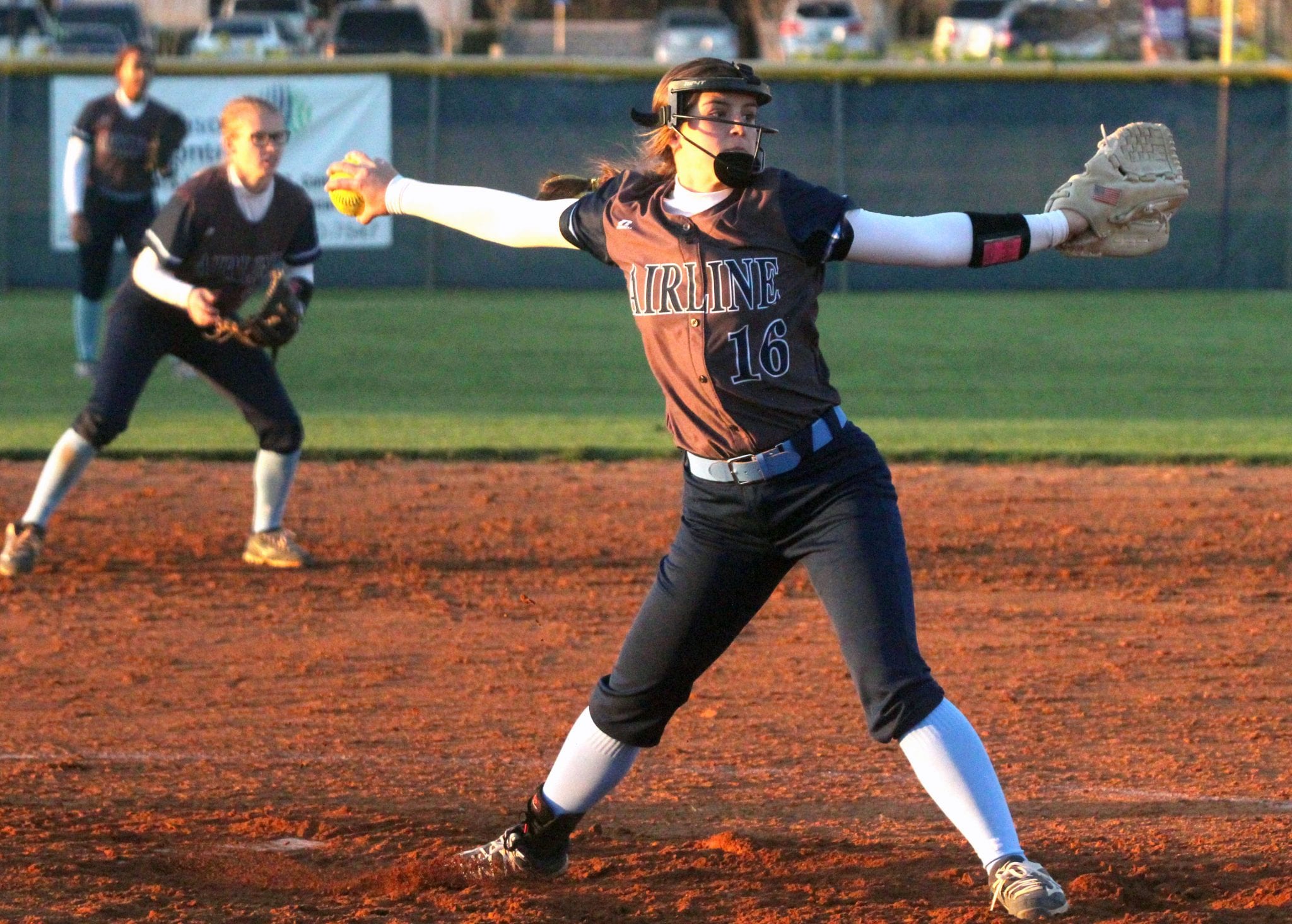 The Airline Lady Vikings completed the first half of District 1-5A play undefeated with an 11-1 five-inning victory over the Parkway Lady Panthers on Tuesday at Airline.

Parkway, which visits Evangel on Thursday, dropped to 8-4 and 2-3.

In District 1-4A, the Benton Lady Tigers fell to two-time defending Class 4A state champion North DeSoto 10-0 at North DeSoto.

At Airline, the Lady Vikings jumped out to a 4-0 lead in the first inning and then added three more in the third.

At Haughton, the Lady Bucs only got two hits against the Lady Cowboys, but they took advantage of eight walks and two errors.

In the first, Haughton put runners at second and third thanks to a walk and an error. With two outs, the Lady Bucs scored three runs on four consecutive walks.

Leah Hopson and McKayla Burkhart led off the second with walks. Shelby Hensley’s sacrifice moved them over one base. Savannah Salley brought them home with a single to left field.

Hopson scattered six hits and struck out five to get the win.

The Lady Bucs (7-9) continue District 1-5A play on Thursday at home against Byrd.

At North DeSoto, Benton ran into a buzzsaw in North DeSoto All-State pitcher Emma Callie Delafield, who allowed just three hits and had two of her own, including a home run, and three RBI. Delafield is a Northwestern State signee.

Benton, Airline and Haughton are all playing in the Sulphur tournament starting Friday.