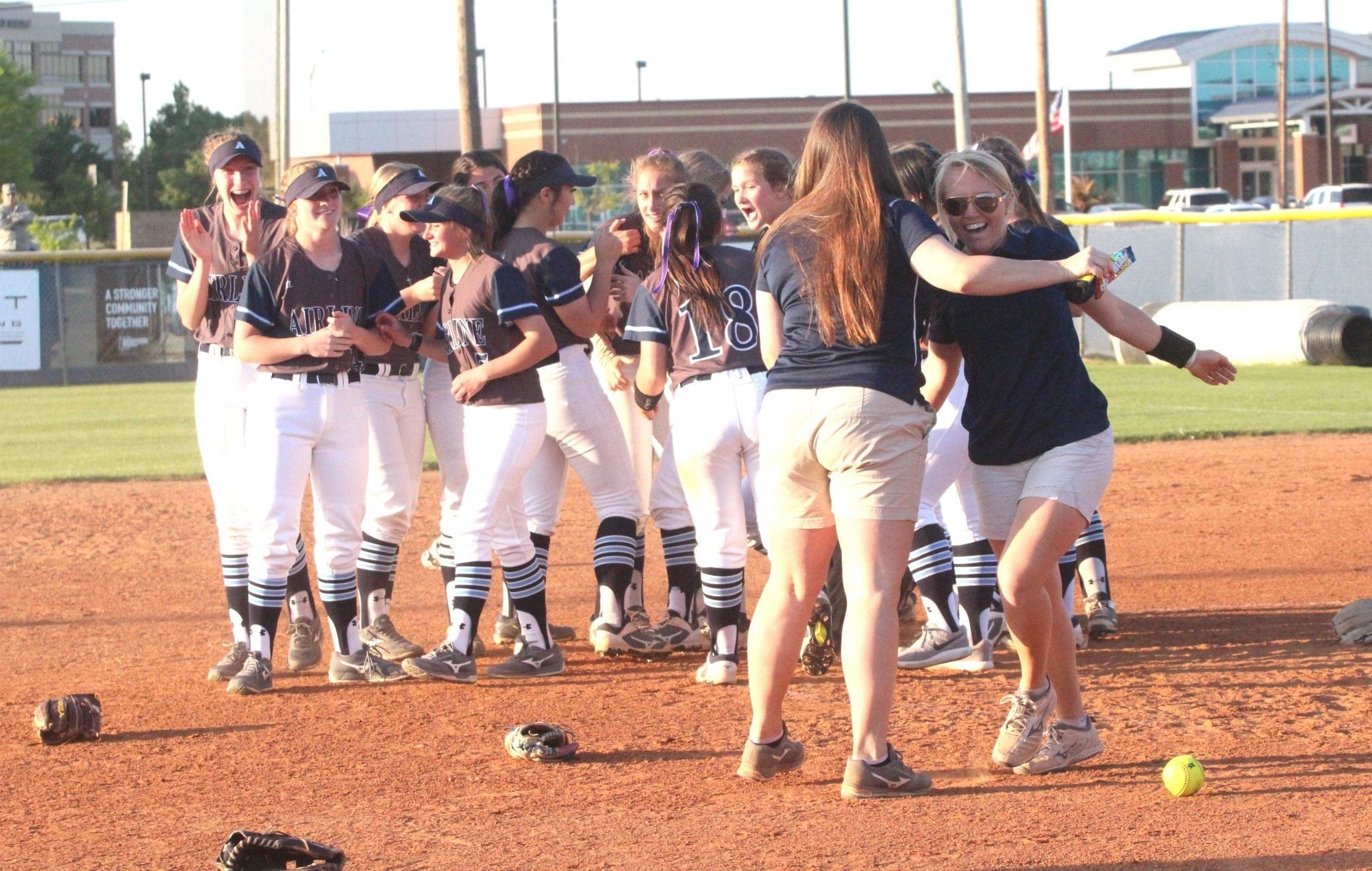 For the first time since 2007, the Airline Lady Vikings are headed to the Allstate Sugar Bowl/LHSAA State Softball Tournament.

“This is a really special group and we’ve worked really hard the last two years — first-year coaching, first-round; second-year coaching, second round — and now here we are are going to the state tournament,” said third-year head coach Regina Digilormo.

“These girls that have been with this program for awhile, it’s been a dream and a long-term goal. Now we’re ready to take it one game at a time in Sulphur. And I’m really, really excited about the opportunity. It’s a really talented group. I’m really excited to see what we can do down there.”

The Lady Vikings were going against a determined Acadiana team trying to make some history of its own. The Lady Rams won a playoff game for the first time in 27 years in the first round earlier this week and hadn’t been to the state tournament since 1991.

But Airline got off to a great start. Shortstop Caroline Easom smacked a two-out, two-run homer in the first inning to give the Lady Vikings a 3-0 lead.

That was all the runs freshman pitcher Raelin Chaffin needed. The Lady Rams made good contact at times, but Chaffin still allowed just four hits and one earned run. She struck out 10 and walked only two.

Meanwhile, Airline got 11 hits with four players getting two each. Lexi Gray went 2-for-3 with a double and triple. Molly Dickens and Maddie Ennis both went 2-for-3. Makenzie Chaffin went 2-for-4.

Easom then stepped to the plate and drilled a shot that got over the center field fence in a hurry.

The Lady Rams scored their first run on two singles and a walk in the top of the second.

Except for a Dickens’ single in the second and a two-out double by Ennis in the third, Acadiana pitcher Sydni Larriviere kept the Lady Vikings’ bats relatively quiet for the next two innings.

Acadiana threatened in the top of the fourth, getting a runner to third. But Chaffin got a strikeout to end the threat.

Airline picked it up again offensively in the bottom of the inning with a two-out rally.

The Lady Vikings added another run in the sixth. Gray doubled with one out and scored on Baffuto’s two-out single.

Chaffin set the Lady Rams down in order in the fifth and sixth.

Acadiana got its other two hits in the seventh, including a two-out RBI in-field single. But Chaffin got a groundout to end the game, setting off a celebration around the pitching circle.