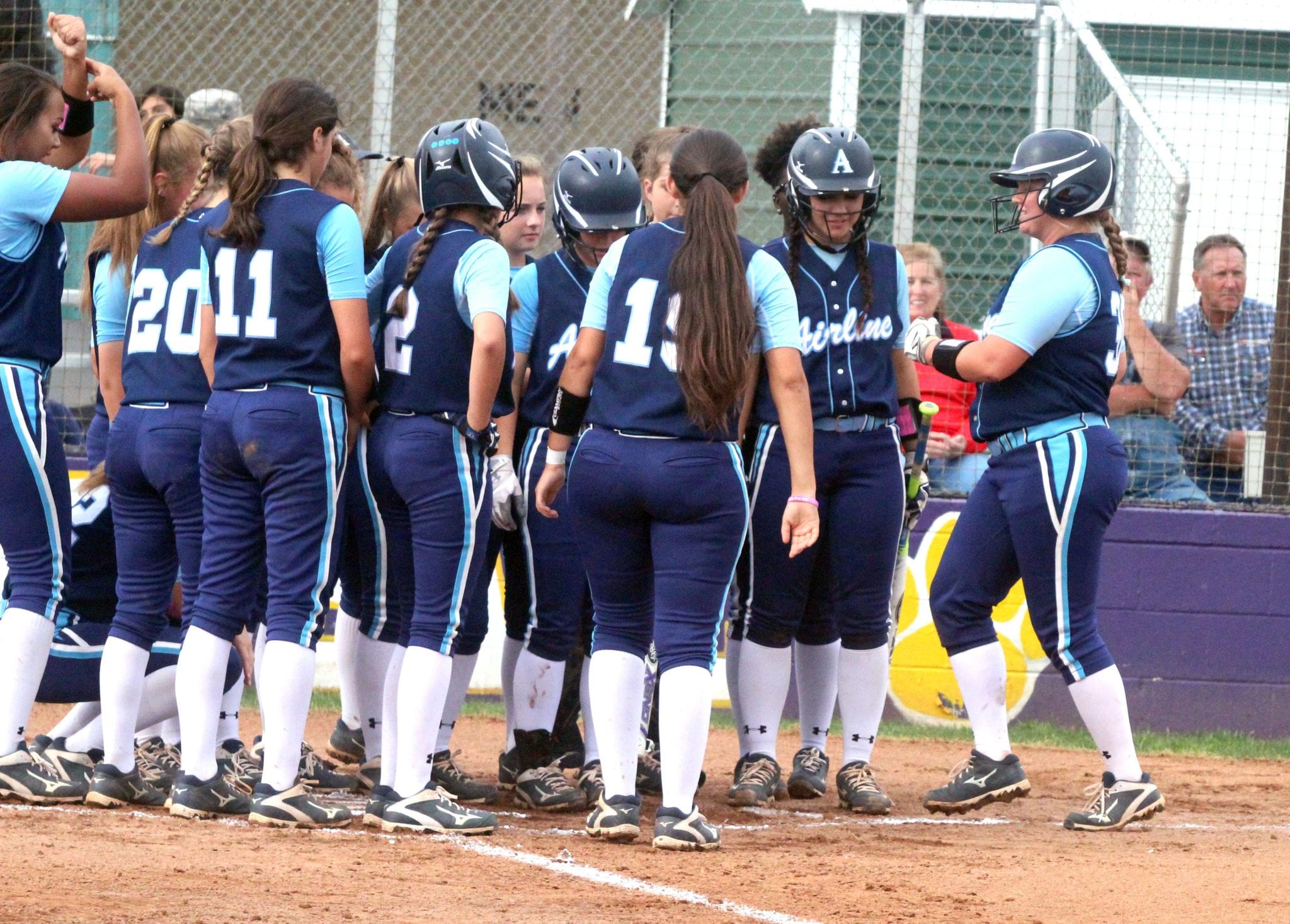 Sophomore Maddie Ennis smacked two home runs and had five RBI as the Airline Lady Vikings defeated the Benton Lady Tigers 16-6 in six innings in a non-district softball game at Benton on Tuesday.

Airline was No. 13 in the latest Class 5A power rankings released Monday and will host a first-round playoff game.

Benton dropped to 14-15. The Lady Tigers close the regular season Wednesday at home against Byrd. Benton was No. 11 in the Class 4A power rankings and will also host a first-round game.

The Haughton Lady Bucs were scheduled to close the regular season at home against North DeSoto on Tuesday but the game was rained out. Haughton (14-14) was No. 22 in the 5A power rankings and will be on the road in the first round.

The Lady Bucs have scheduled a home game against Ruston on Wednesday at 5:30 p.m., according to the team’s Twitter account.

The Parkway Lady Panthers (9-15) are scheduled to visit Minden on Wednesday in their regular-season finale. Parkway was No. 31 in the 5A power rankings. The top 32 teams generally make the playoffs.

Playoff pairings are scheduled to be announced Thursday.

All seven had at least two hits and three — Ennis, Easom and White — hit home runs.

It didn’t take long for Ennis to make a her presence felt. Batting in the No. 3 hole, she smacked a two-run shot over the left field wall with one out in the first inning.

Ennis, the co-MVP on the 2016 All-Parish team, has already verbally committed to the University of Texas-Tyler, an NCAA Division III power. UT-Tyler won the national championship last season and is currently ranked No. 2 in the nation.

Ennis’ second home run in the sixth inning was also a two-run blast.

Easom continued her outstanding season, going 3-for-5 with a home run, double and three RBI.

White hit a two-run home run in the third inning to give Airline a 5-1 lead. White’s homer scored Ennis, who led off the inning with a double off the right field fence.

Benton senior Abby Kent, who is having an outstanding season, went 4-for-4 with a double and three RBI. Chaffin went 2-for-3 with a double. Brittany Ulmer also had a double.