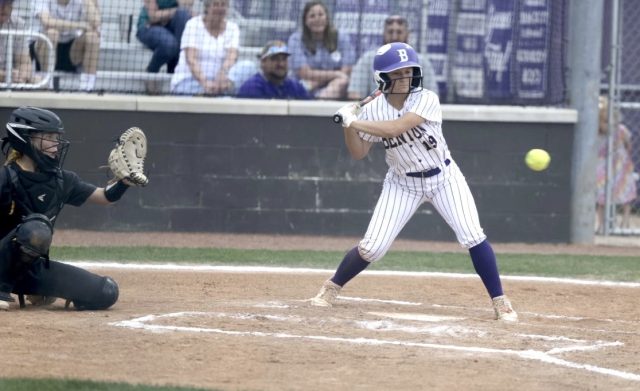 With the regular season winding down, the Airline Lady Vikings and Haughton Lady Bucs picked up victories Monday.

Elsewhere, Benton fell to Calvary Baptist 4-3 at Benton in a game moved up a day because of weather concerns, and Parkway dropped a close one to Converse 10-9 at Parkway.

At Ouachita Christian, Jina Baffuto went 3-for-4 with a triple and home run.

Paris Endris and Paige Marshall both went 2-for-3 with doubles. Pitcher Emily Rachal also went 2-for-3.

Airline improved to 18-11. According to GeauxPreps.com, the Lady Vikings are No. 19 in the Class 5A power ratings. The top 32 in the final ratings qualify for the playoffs with the top 16 hosting first-round games.

Playoff pairings will be announced Thursday.

At Florien, Haughton scored four runs in the top of the seventh to rally for the victory.

Laney Dobrow led off the big seventh inning with a double. Schut’s homer cut the lead to one. Bockhaus’ two-out homer gave the Lady Bucs the lead.

Dixie Williams didn’t allow a hit, struck out seven and issued only one walk in 4 1/3 innings of relief.

Haughton is No. 16 in the 5A power ratings. The Lady Bucs are scheduled to close the regular season at Ruston Wednesday.

Marissa Schoth had a two-RBI triple in Benton’s three-run third. Calvary Baptist scored three in the top of the inning to take a 4-0 lead.

Neither team scored in the final four innings. The Lady Tigers left runners stranded at second and third in the bottom of the fifth.

It was the third meeting between the teams this season. Benton won the first two.

The Lady Tigers (19-9) are scheduled to close the regular season Wednesday at North Webster. According to GeauxPreps.com, Benton is No. 15 in the power ratings.

Calvary Baptist finished the regular season 20-12. The Lady Cavs are No. 1 in the Division IV power ratings.

Note: The above report is based on information provided by coaches or available on teams’ official GameChanger accounts.