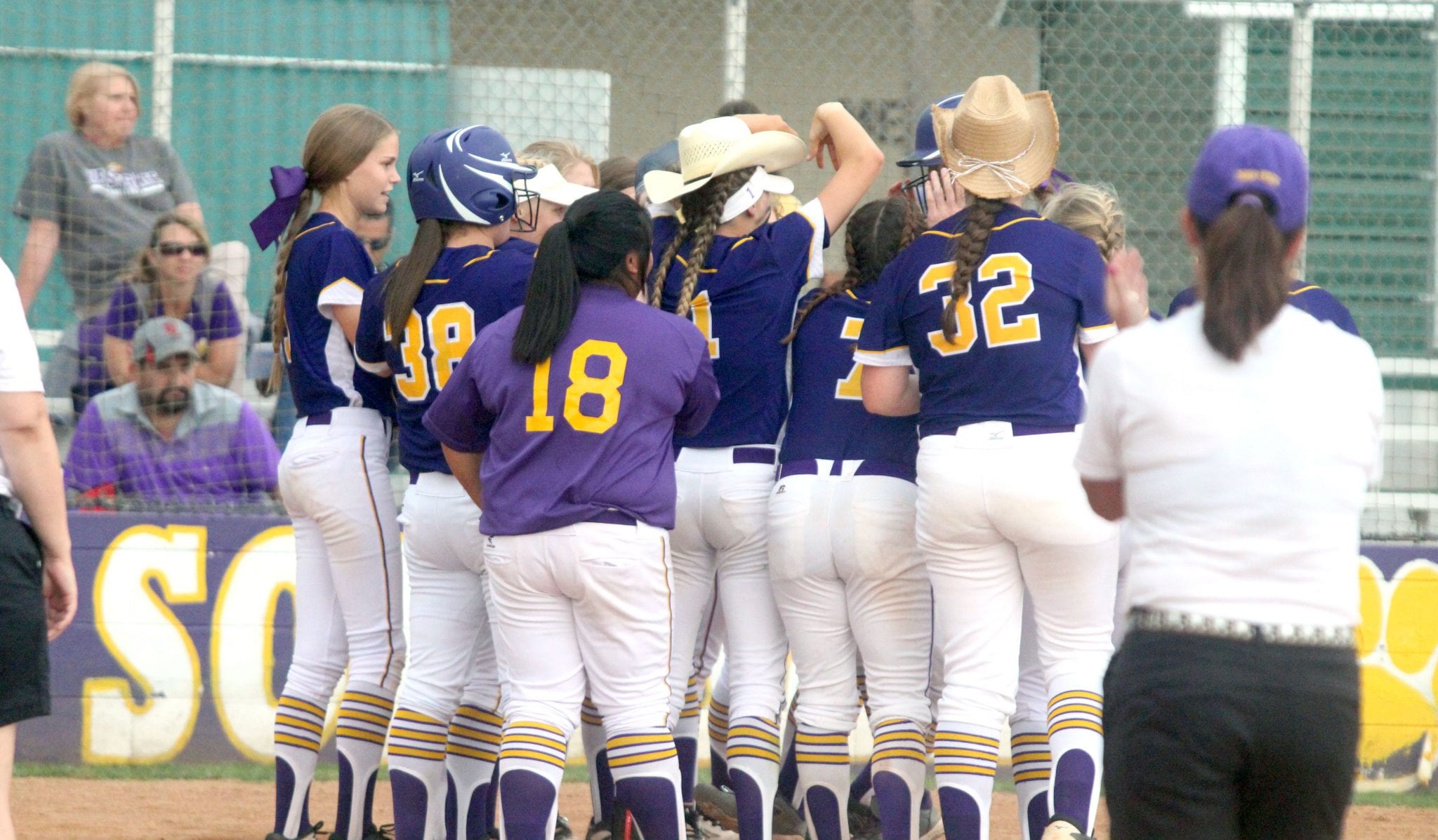 The Benton Lady Tigers advanced to the second round of the Class 4A softball playoffs with a 6-1 victory over Westgate on Tuesday at Benton.

Bourg is located about 60 miles southwest of New Orleans.

Benton got off to a relatively slow start against Westgate, which is located in New Iberia and also nicknamed the Tigers. In fact, the teams’ uniforms were close to being indentical as both wore purple jerseys and white pants.

After Benton left the bases loaded in the second inning, senior pitcher Sarah Koeppen got the her team on the scoreboard in the third. She smacked a 2-0 pitch far over the left-field wall, giving Benton a 2-0 lead. Koeppen’s bomb scored Abby Kent, who had singled in the previous at-bat.

Westgate cut Benton’s lead in half in the top of the sixth, scoring a run on a double and two singles.

Benton answered with four runs in the bottom of the inning with the first, by courtesy runner Savanna Erickson, coming on an error on Macey Bridges’ sacrifice bunt attempt.

Hallie Saintignan doubled with one out and Makenzie Chaffin followed with a single, scoring Bridges. Saintignan scored on Kent’s bunt attempt. Chaffin came home on a sacrifice by Koeppen, making it 6-1.

Koeppen finished 2-for-3 with three RBI. She allowed six hits with three of those coming in the sixth, struck out six and walked only one.

Chaffin, Kent and Taylor Jones all had two hits.

At Live Oak, Haughton fell behind 9-0 after the first two innings. The Lady Bucs made things interesting with five runs in the sixth, but Live Oak came back with five in the bottom of the inning.

Haughton’s McKayla Burkart went 2-for-3 with an RBI. Hannah Borah had a two-RBI double. Savannah Salley, Courtney Garrett and Leah Hopson all had doubles.