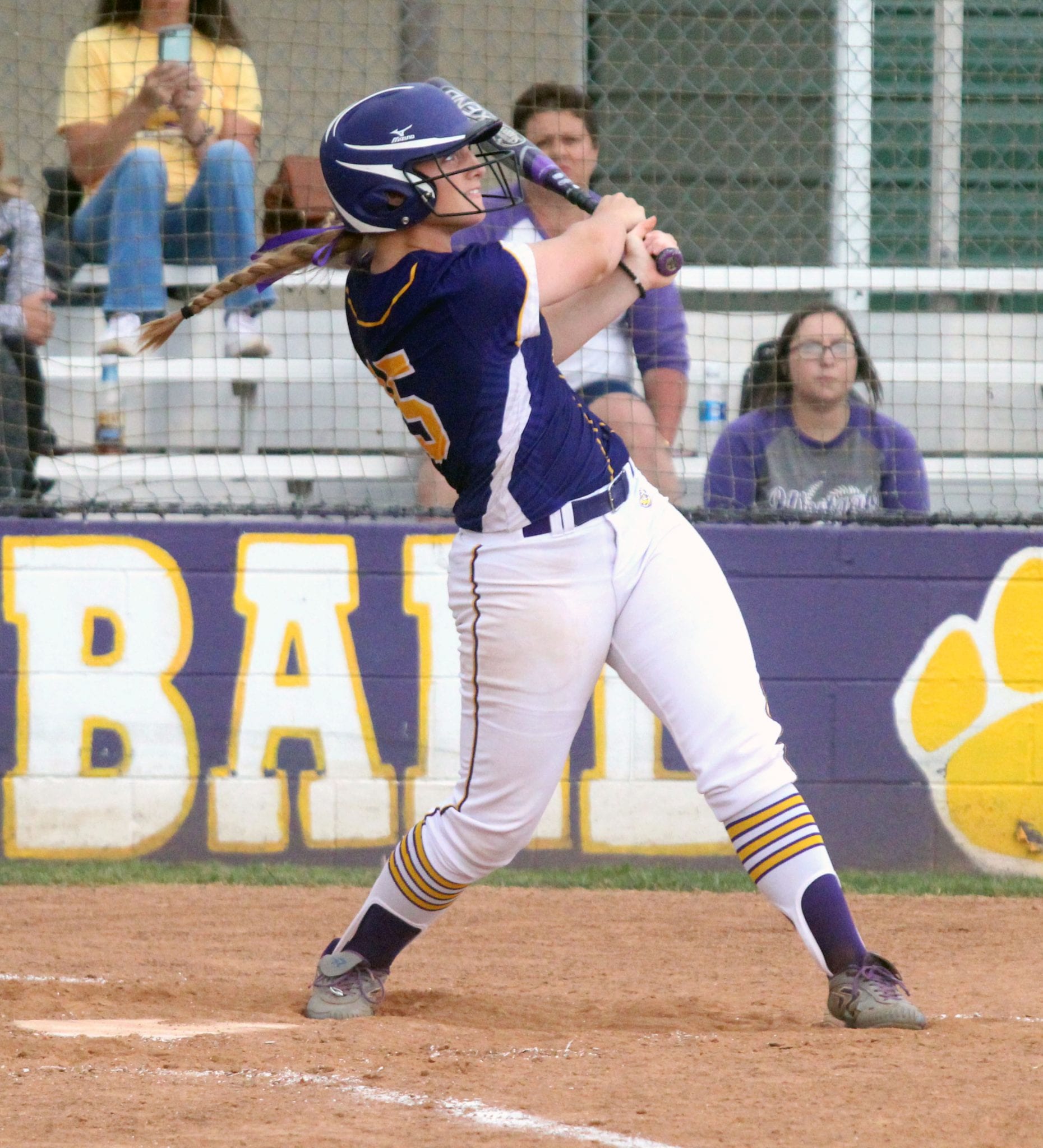 Senior pitcher Sarah Koeppen hit two home runs, including a grand slam, as the Benton Lady Tigers routed No. 4 seed Belle Chasse 14-3 in the Class 4A quarterfinals of the Allstate Sugar Bowl/LHSAA State Softball Tournament on Friday at Frasch Park in Sulphur.

The Benton-North DeSoto winner plays the winner of the other semifinal between No. 11 West Ouachita and No. 2 DeRidder in the championship game, which is scheduled for 7:30 p.m. Saturday.

West Ouachita upset No. 3 Morgan City 11-4 in the quarterfinals, and DeRidder edged No. 7 Grant 2-1.

Koeppen allowed six hits against Belle Chasse (24-7) but only three after the first inning. The Lady Cardinals had two singles and a triple in the bottom of the first and led 3-1.

After that, though, it was all Benton.

Koeppen’s first home came in the third inning with the Lady Tigers trailing 3-2.

Brittany Ulmer and Hallie Saintignan led off the inning with back-to-back singles. They both advanced a base on Makenzie Chaffin’s groundout. Abby Kent reached on an error that scored Ulmer and loaded the bases.

Koeppen then took a 1-1 pitch and blasted it over the center-field fence, putting the Lady Tigers ahead to stay.

Koeppen’s second home run, a three-run shot over the left-field fence, gave Benton an 11-3 lead in the sixth. Koeppen, a ULL signee, has hit four home runs and driven in 14 runs in three playoff games.

All the Lady Tigers contributed to the blowout win. Chaffin went 3-for-5 with two doubles and an RBI. Anna Claire Kratzer went 2-for-4 with three RBI. She hit a leadoff home run over the left-field wall in the seventh that gave the Lady Tigers a 12-3 lead.

Brittany Ulmer went 2-for-3. Macey Bridges had a double.

Benton didn’t commit an error and took advantage of four by Belle Chasse.

Aggressive baserunning was another key to the victory. Chaffin had three stolen bases, including a steal of home in the first. Kent and Saintignan had one each.

The Lady Tigers are on roll in the playoffs. They’ve outscored the Nos. 5 (South Terrebonne, 16-5) and 4 seeds 30-8 in the last two games. Benton has outscored its three playoff opponents, including a 6-1 win in the first round over Westgate, 36-9.

But their biggest challenge awaits in North DeSoto. The Lady Griffins swept the District 1-4A series 10-0 and 9-2.

In the second game at Benton on March 28, it was tied at 2 after four innings. But North DeSoto scored two in the fifth and five in the sixth to pull away.

Benton had perhaps its best outing against three-time All-State pitcher E.C. Delafield but had trouble getting the timely hits.