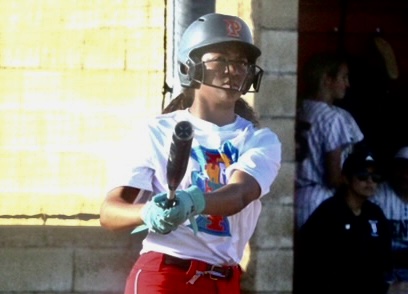 Larry, a second baseman, was one of four infielders named to the first team. She was the District 1-5A MVP.

Larry batted .643 on the season with seven home runs, five triples and seven doubles. She struck out only one time in 56 at-bats and had 11 stolen bases. In seven district games, she batted .760.

She also made only one error in 63 chances in the field.

Larry, who will be a junior this fall, was the only player from a parish school to make first team.

Endris and Bockhaus were both first-team selections in 2021.

Endris and Baffuto are continuing their careers at Louisiana Tech.

Livers, an infielder who has committed to Northwestern State, batted .495 with seven home runs, six triples, 14 doubles and 29 RBI.

Bockhaus, a shortstop who is continuing her career at South Alabama, batted .476 with 12 home runs, three triples, 13 doubles and 42 RBI.

She also batted .527 with 25 home runs and 53 RBIs. Jackson was the lone All-State selection for St. Amant.