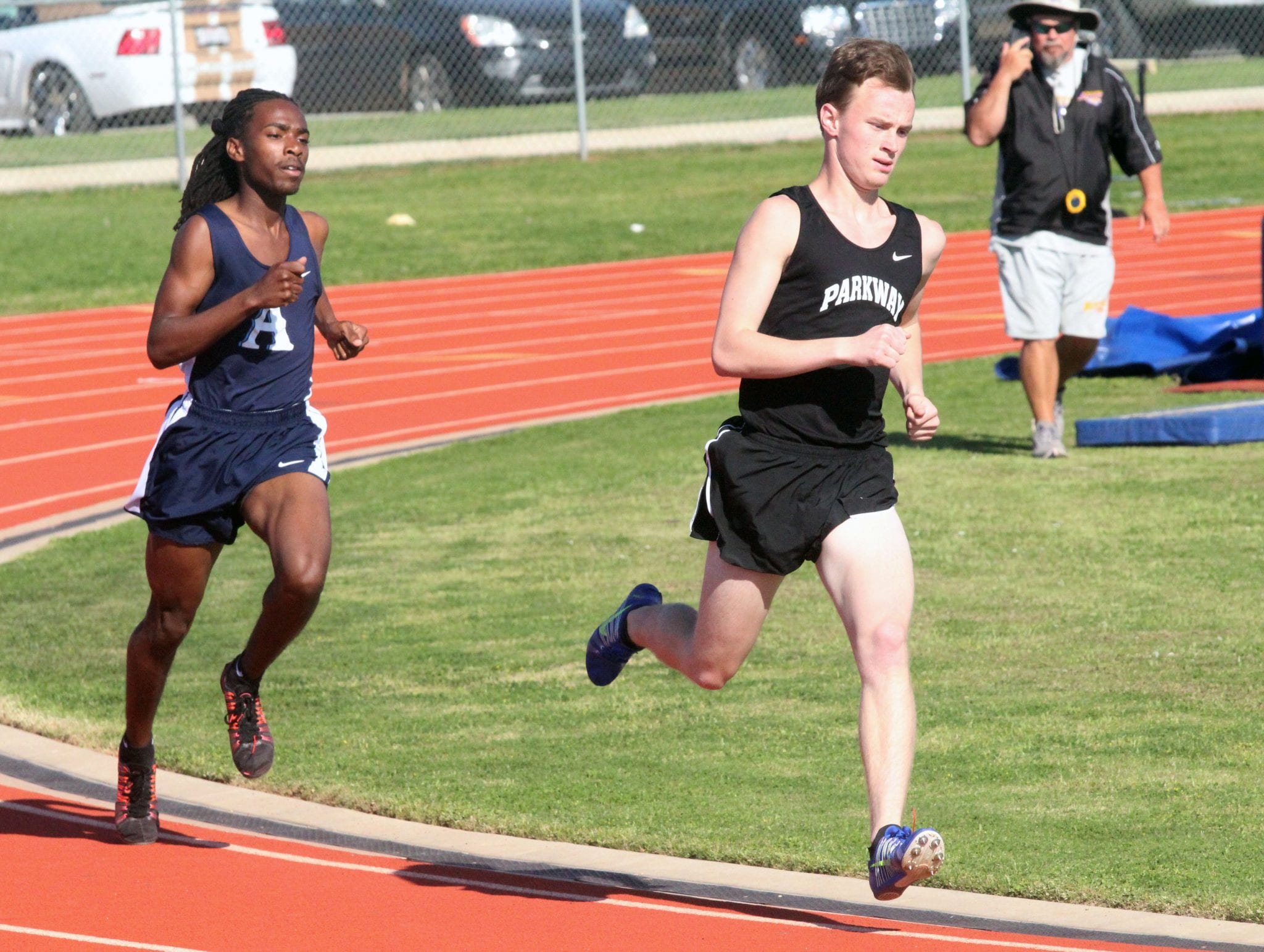 The Airline Vikings and Parkway Lady Panthers won the boys and girls titles, respectively, in the Bossier Parish Championships track and field meet on a very windy and warm Thursday at Parkway.

Slim margins separated the top teams in the boys and girls divisions.

In the boys division, Airline scored 158 points, just two more than Haughton. Benton finished third with 109 and Parkway fourth with 92.

Benton’s KeKe West was a double winner in the field events, taking the long jump with a leap of 17 feet, 11 inches and the triple jump with a 36-8.

Plain Dealing’s Teunna Perry, the reigning Class 1A state champion in both events, was second in the long jump with a 17-5 1/4 and triple with a 35-2.

Benton’s Taylor Davis, one of the state’s best in her specialty, had her best jump of the season with a winning 5-6 in the high jump.

Airline’s Jasmine Roberson won the 300 hurdles in 50.45. She also finished second in the high jump with a 5-0.

Benton’s Carroway and Bundy tied for third in the pole vault.

Haughton’s Josh Lister won his specialty, the 100. Running against the fierce wind, he ran a 10.82. His teammate Kynan Hayes finished second in 11.10.

Haughton swept the relays with the foursome of Nathan Merrill, Çlyde English, Greg Phil and Kason Green winning the 4X400 in 3:29.97.

Parkway’s Justin Rogers won the long jump with a 20-5 1/2, a half-inch farther than Haughton’s Phil.