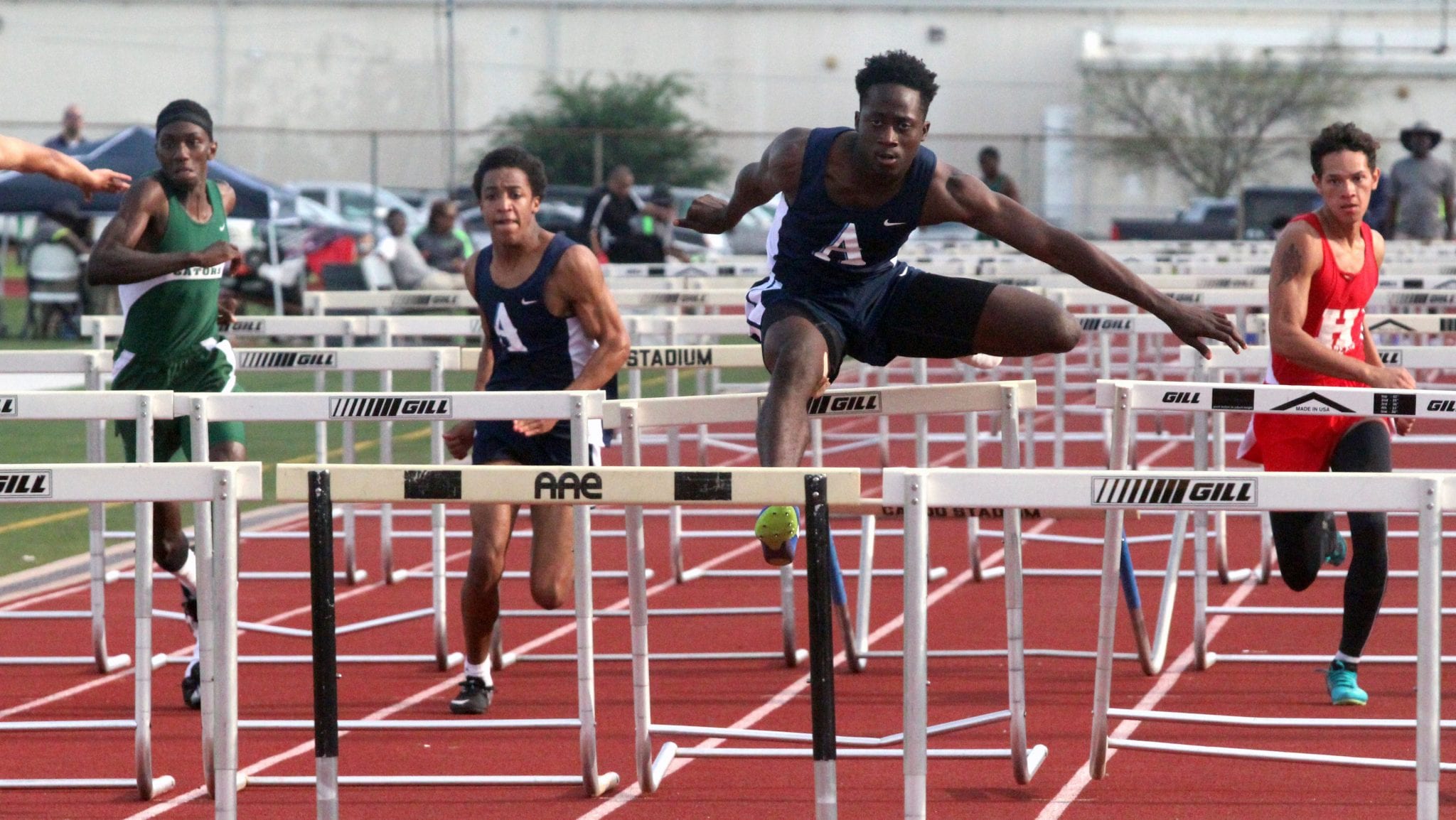 It was Airline’s first district title since 2013.

Parkway also finished third in the girls division with 112 points. Captain Shreve won with 154 and Byrd was second with 125.

While several athletes had their best performances this season, the main goal was to finish in the top four. The top four individuals and relay teams in each event qualified for the Region I-5A meet Wednesday at Northwestern State.

Lister’s teammate, junior Kynan Hayes, finished second in both events in 10.44 and 22.45, respectively.

Britt’s teammate, freshman Tommy Williams, finished second in both events in 15.60 and 41.93, respectively.

Papineau’s 1,600 time was his best this season. Dart had season bests in both events.

Airline sophomore Taejon Morris outsprinted Byrd sophomore LaDann Thomas down the stretch in winning the 800. Morris ran a 2:01.07, his best time this season, beating Thomas by .19.

Parkway’s Chase Creamer, Terrace Marshall Jr., Justin Rogers and Jared Thomas finished second to Haughton in the 4X100 in 42.39. Airline’s foursome of Brandon Marshall, Brian Marshall, Britt and Patrick Dixon was second in the 4X200 in 1:29.65.

Haughton junior Clyde English finished second in the 400 in 51.67, one second behind Byrd freshman Donovan Jackson.

Parkway junior Marshall, a first-team All-Parish selection in football and basketball, won the high jump with a leap of 6-2, his best this season. Evangel Christian’s Tyler Anderson and Haughton’s Montoya Bonapart also cleared 6-2. Marshall won on fewer misses and Anderson was second.

Parkway senior Stony Butler won the pole vault with a 12-6, his best this season. Haughton’s David Leitnaker was second with an 11-6 and Parkway’s Joseph Feaster third with an 11-0.

Haughton junior Greg Phil took the long jump with a 21-11.25. Airline junior Nate Fullilove finished runner-up with a 21-5 and Parkway junior Justin Rogers was third with a 20-10.5.

Airline senior Josh Smith and Haughton senior Josh Cooper were 1-2 in the discus. Smith threw 124-1 and Cooper 109-5. Smith’s throw was his best this season by about seven feet.

Haughton’s Savannah O’Neal took the javelin with a 118-2. Parkway’s Abbie Norcross was third with a 98-11.

Haughton senior Jenna Blank won the pole vault with a 9-0. Parkway sophomore Victoria Morris was runner-up with an 8-6.

Airline junior Keondra Marshall won the shot put with a 35-3. Parkway’s Akira Jefferson was third with a 34-1.5.

Haughton’s Mary Gladney took the discus with a throw of 115-5. Parkway’s Norcross finished third with an 83-11.