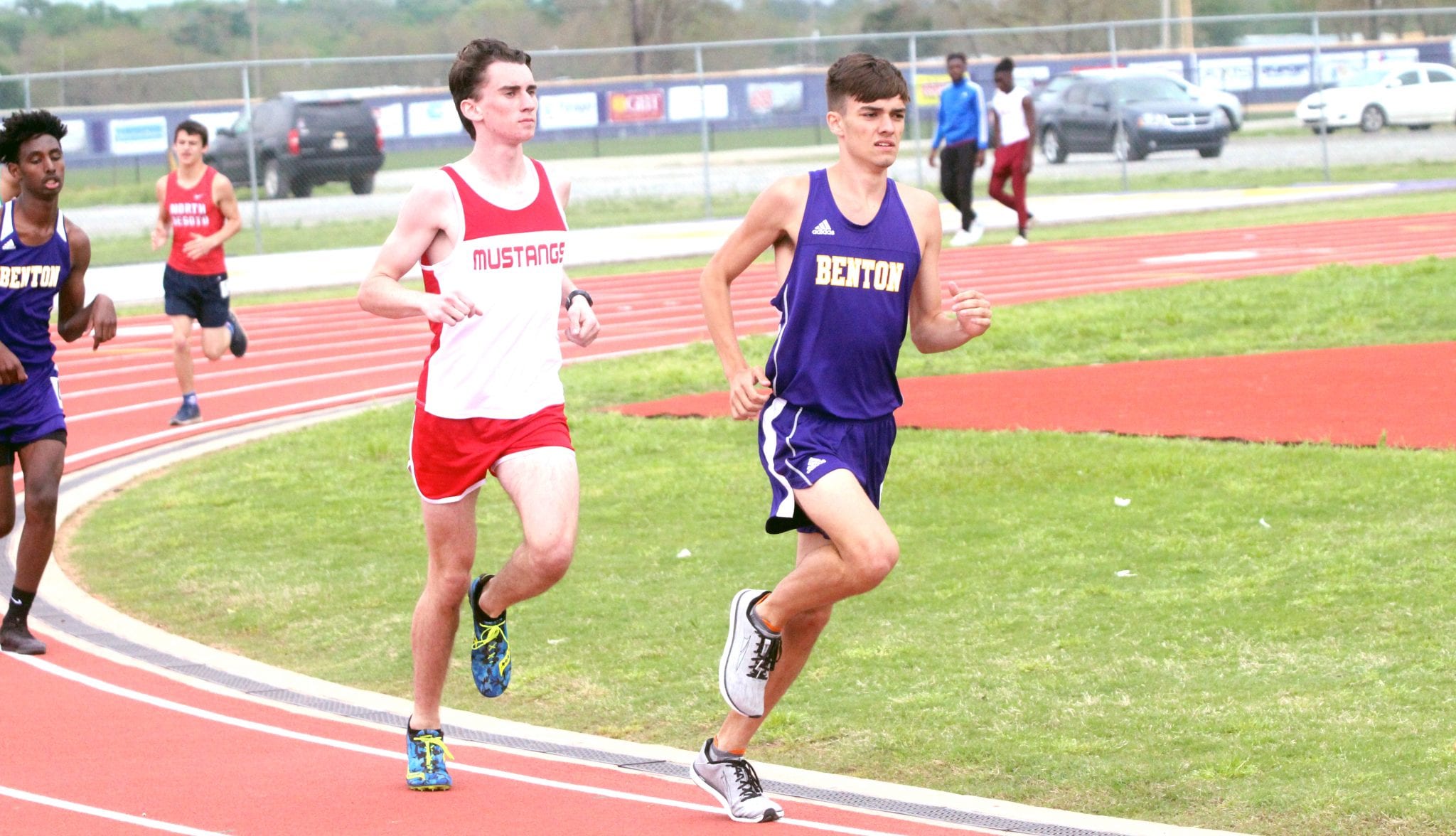 Benton swept the boys and girls team titles in the District 1-4A track and field meet Wednesday at Benton.

Benton scored 163 points in the boys division. North DeSoto was second with 124. Bossier finished fifth with 45.

Benton scored 153.5 points in the girls division. North DeSoto was second with 131. Bossier finished sixth with 46.

Chambers qualified in four events for next Wednesday’s Region I meet at Benton, finishing third in the long jump and fourth in the 200.

Benton’s Georgia Carroway won the pole vault with a 9-0.

Benton’s Abbie Wynn took second in the javelin with a toss of 96-3. North DeSoto’s Claire Terrell won with a 99-8.

The Bossier foursome of Smith, Sashnia Murray, Kelcee Marshall and Rebecca Washington combined for a second-place finish in the 4X400 relay in 4:23.53. BTW won in 4:02.56.

Bossier’s Washington also finished third in the 200 and 400 to qualify for three events.

Richardson also claimed the high jump with a leap of 6-2.

Benton’s Michael Schoth qualified for regionals in the 100 and 300 hurdles with third-place finishes.

Benton’s Haley, Hudson Harris, Hagos Easter and Smith combined to win the 4X800 in 9:08.64, more than 17 seconds ahead of North DeSoto.

The foursome of Kennedy, Malik Antwine, Tucker and Schoth took second in the 4X200 in 1:33.57. The Tigers finished just .03 behind Woodlawn.

Benton’s Shaw Malley won the pole vault  with a 13-0. That was 1-6 higher than his closest competitor.

Benton’s Anthony Echols finished second in the discus with a 130-1. North DeSoto’s Johnny Mitchell won by an impressive 32 feet.

Benton’s Ashur Hall qualified for regionals in two events, finishing third in the javelin with a 127-0.5 and fourth in the discus with a 117-9.5.