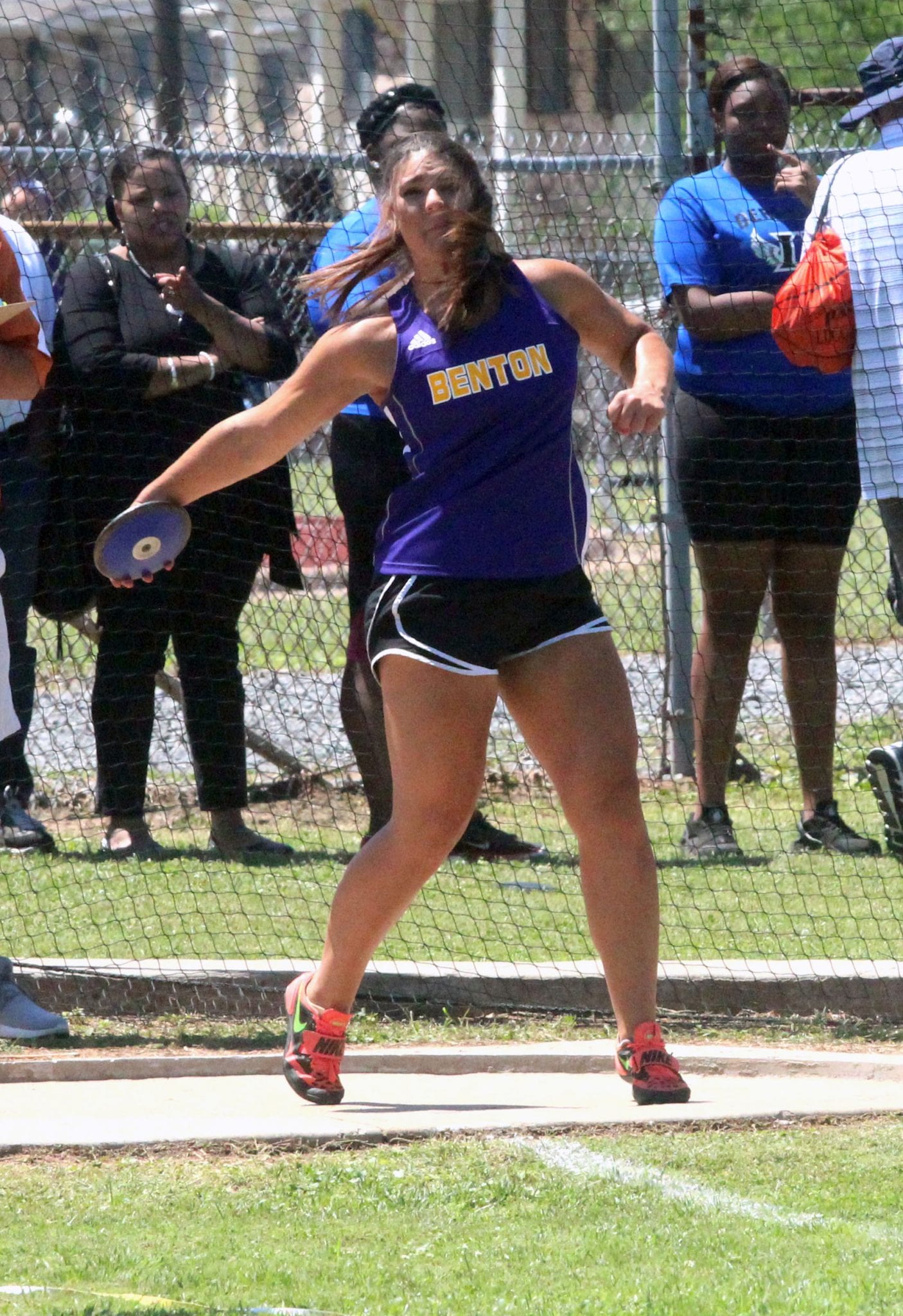 According to results on Red Stix Timing, the Lady Tigers scored 90.5 to 67.5 for runner-up Huntington.

Neville won the boys title with 60 points, six more than runner-up North DeSoto. Benton was seventh with 33 and Bossier eighth with 31.

Benton did most of its damage in the field events, scoring 72.5 points.

West, who accounted for 20 points, also won the long jump with a 17-8.5, 2.5 inches farther than runner-up Ederia Fergurson of Huntington.

Davis, who accounted for 18 points, also won the high jump with a 5-2. She failed at three attempts to equal her personal-best of 5-6.

The Lady Tigers picked up 14 points in the pole vault. Breanna Bundy finished second with an 8-6 and Georgia Carroway third with an 8-0.

Rheagan White finished second with the discus with a toss of 129-4, breaking her own school record. Tioga’s Aliya Ballott won with a 131-8 on her first throw.

The top three finishers in each event qualified for the Class 4A state meet a week from Saturday at LSU.

Malorie Gill was third in the javelin with a throw of 100-5.

Peyton Reeder and Qua Chambers were the only Lady Tigers to qualify for the state meet on the track.

Reeder finished third in the 100-meter hurdles in 16.06, beating the fourth-place finisher by more than half a second. Ajah Kneeland of Crowley won in 15.79.

Chambers was third in the 400 in 1:03.25, easily defeating the fourth-place finisher.

Bossier’s Xavier Venious, who missed almost the entire season with a hamstring injury, is also headed to the state meet. He finished second in the 300 hurdles in 40.82. McCoy won in 39.80.

Two Bossier relay teams qualified for the state meet. The Bearkats foursome of Derrick Hullaby, Richardson Decamerion, Quinton Smith and James Davis was second in the 4X200 in 1:29.43. LaGrange won in 1:27.83.