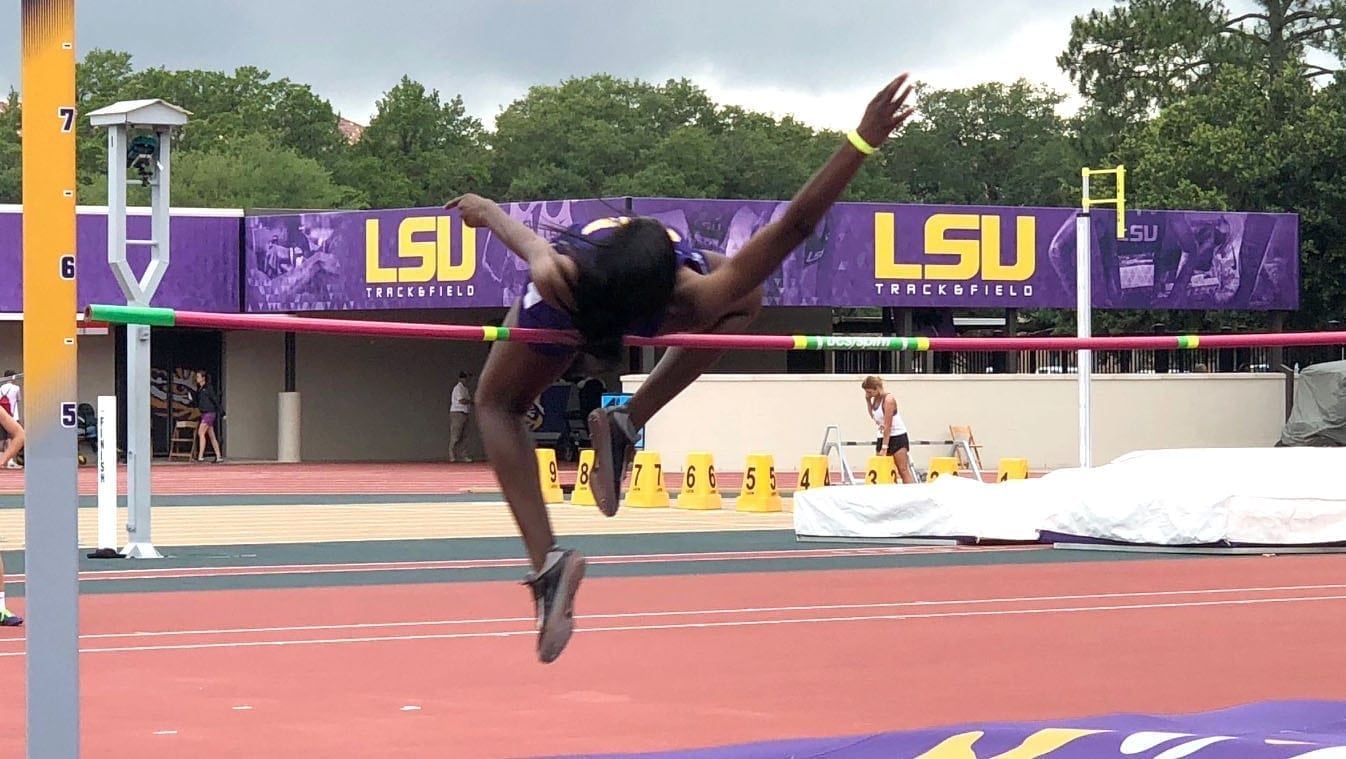 Davis was the only athlete to clear 5 feet, 6 inches, making it on her first attempt. She attempted to equal her winning height of 5-8 last year but failed on three attempts.

Davis also took fourth in the triple jump with a 37-4.5. She was the only state champion from Bossier Parish, but several other competitors made it to the medal stand.

Airline senior Brittney Roberson capped an outstanding career with a runner-up finish in the Class 5A girls 400-meter dash and a third-place finish in the 200.

Plain Dealing senior Teunna Perry finished runner-up in the Class 1A girls long jump Friday with a 17-11.25 and third in the triple jump with a 35-6.5. Jonesboro-Hodge’s Kaprecia’ Cowans won both, including a class record of 38-11.5 in the triple.

Benton’s Xavier Perry was the runner-up in the Class 4A boys high jump. He and Cecilia’s Jevon Berry both cleared 6-6. Berry made it on his second attempt and Perry on his third.

Lafayette High’s Armando Duplantis closed his brilliant high school career with a world junior record 19-5.5 in the pole vault. He is headed to LSU in the fall.