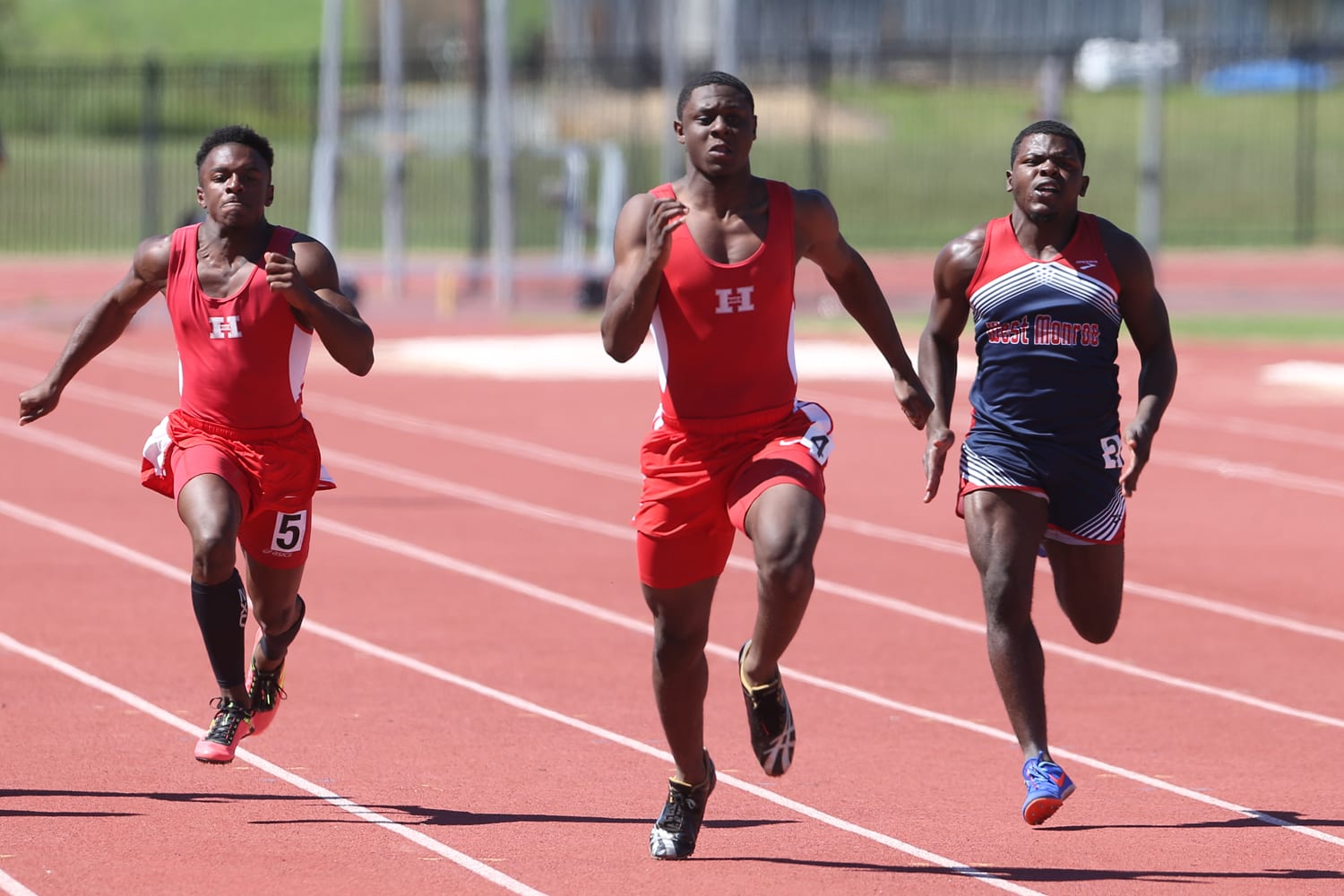 A contingent of 38 Bossier Parish athletes will be competing in the Allstate Sugar Bowl/LHSAA Outdoor Track and Field Championships on Thursday, Friday and Saturday at LSU.

The Bucs have a chance to finish high again. Haughton qualified athletes in only five events, but the Bucs are a threat to win four of them.

Haughton senior Josh Lister, the Division I 60-meter indoor champion, does not have the best qualifying time in the 100, but he is the favorite.

Lister had the best qualifying time last season but cost himself a chance at the title with a false start. He and Terroll Jolla of St. Augustine have the second-best qualifying times of 10.81, a mere .01 slower than top qualifier Sethan Hollier of Catholic.

Of course, the regional meets, which serve as state meet qualifiers, were held last week in different parts of the state and weather conditions varied.

At 6-6, Haughton’s Montoya Bonapart has the top qualifying 5A high jump height by two inches.

Rheagan White also has a good chance to get on the awards stand in the discus. She has the third best qualifying throw at 129-4, a school record.

Peyton Reeder has the fourth-best qualifying time in the 100 hurdles at 16.09.

Only four parish athletes qualified for the Class 5A girls meet.

Haughton’s Savannah O’Neal was the Class 5A runner-up in the javelin last season. She threw a personal-best 124-9 in winning the Region I-5A meet and will be the top seed Saturday.

Airline’s Brittany Roberson has the seventh-best qualifying time in the 400 but it’s only .19 slower than the fourth seed.

The distance events in Class 5A are traditionally tough. Airline’s Seth Papineau and Will Dart finished 1-2 in the regional in both the 1,600 and 3,200. Dart, just a freshman, is making his first appearance at the state meet.

Both will have to lower their times to make the awards stand.

Airline’s Taejon Morris and Parkway’s Andrew Robinson have the third- and fourth-best qualifying times in the 5A 800 at 1:58.35 and 1:58.41, respectively.

In Class 4A boys, regional runners-up John Westmoreland of Benton and Xavier Venious of Bossier will be looking for high finishes in the 110 and 300 hurdles, respectively.

Westmoreland has the third-best qualifying time in the 110 at 14.80. Venious has the sixth-best time in the 300.

Plain Dealing’s Teunna Perry is the defending Class 1A state champion in the high jump, long jump and triple jump.

She won the long and triple jumps and finished second in the high jump in the Region I-4A meet.