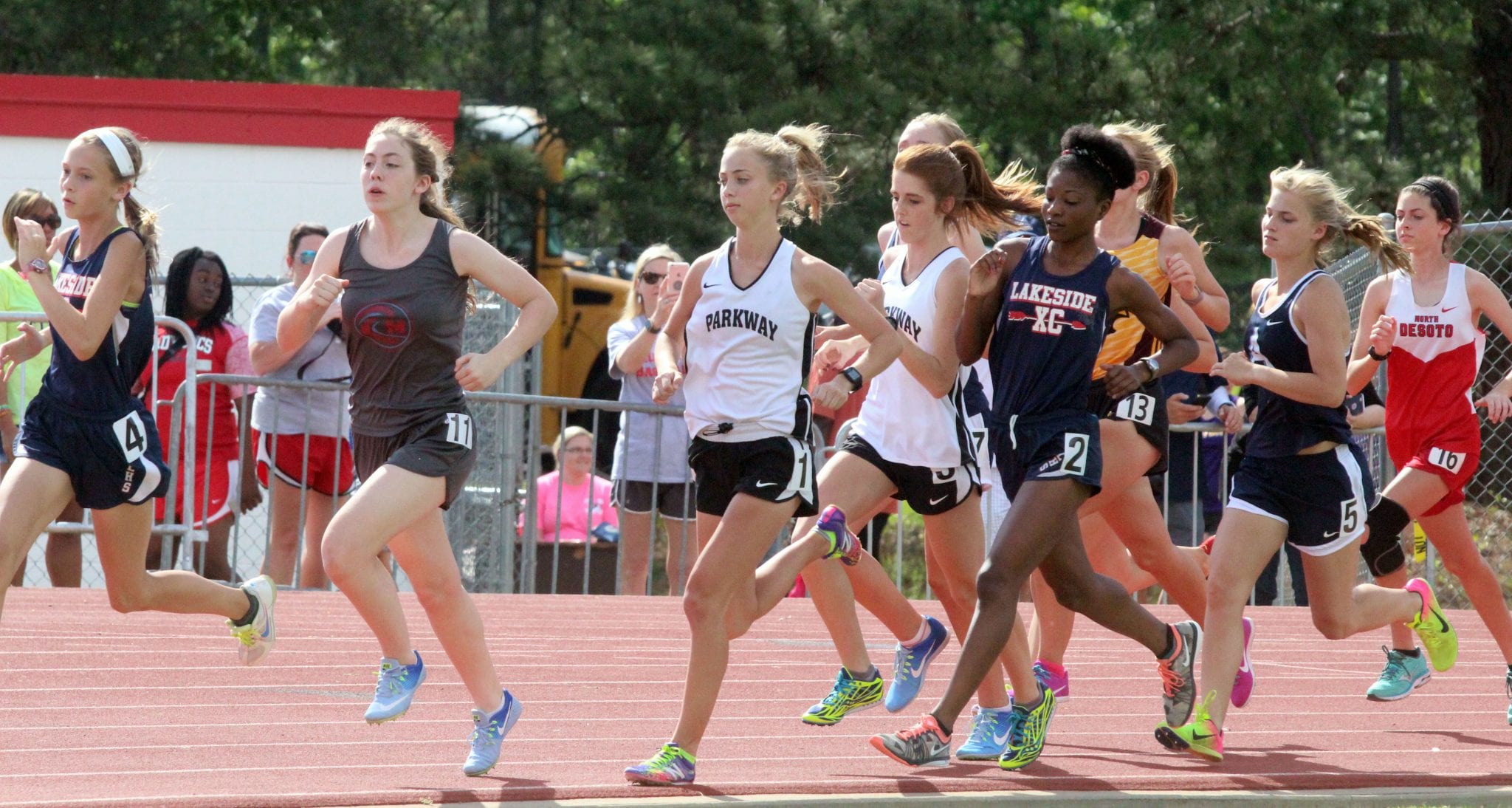 The Haughton boys and Parkway girls won the team titles in the Haughton Buccaneer Relays track and field meet Thursday at Haughton.

Parkway won with 104 points. Benton was second with 95 and Haynesville third with 77.

Athletes competed in temperatures in the low 80s with very little wind.

The meet was the final tune-up before next week’s district meets. The District 1-4A meet is Wednesday and the District 1-5A meet Friday. Both are at Lee Hedges Stadium.

Haughton senior sprinter Josh Lister didn’t have his best time of the season in the 100-meter dash, but it was impressive. He won in 10.47 seconds.

Timing was fully-automatic and for one of the few times this season he wasn’t running with or against a strong wind. His time would’ve easily been good enough to win the Class 5A state title last season.

Lister also won the 200 in 22.02, his best time in that event this season. Lister’s teammate Kynan Hayes finished second in 22.39.

Haughton swept the relays with Kason Green, Greg Phil, Nate Merrill and Clyde English winning the 4X400 in 3:30.20. The Airline foursome of Taejon Morris, Brian Feaster, Brian Marshall and Brandon Marshall finished a very close second. The difference was one-hundredth of a second.

Haughton’s Montoya Bonapart equalled his best high jump this season with a leap of 6 feet, 4 inches. He finished second to North DeSoto’s Chase Walker, who won with a 6-6.

Haughton’s David Leitnaker took the pole vault with a 12-0, this best in the parish this seaon and a foot higher than his previous best. Runner-up Conner Toms of Benton equalled his best with an 11-6. Benton’s Hunter Hartman and Parkway’s Joseph Feaster both cleared 11 feet.

Haynesville’s Joseph Evans had an impressive throw of 49-2 in the shot put, which would’ve been good enough for second in the Class 1A state meet last season.

Haynesville’s Michael Turner won the discus with a 141-4, which would’ve won the Class 1A title last season.

West defeated teammate Taylor Davis by two feet in the triple jump. Davis won her specialty, the high jump, with a 5-4, two inches lower than her season best.

Roberson, her sister Jasmine, Morgan Randle and Daley combined to win the 4X400 relay in 4:07.92. They cut almost six seconds off their previous best time this season.

Brittany Roberson, who also finished third in the long jump, has the best time in the parish this season in the 400 but did not run that event. Parkway’s Niaya Fant won with her best time, going under a minute for the first time with a 59.72.

Benton’s Rheagan White won the discus with a 120-11, her best throw this season by three feet. Haughton’s Mary Gladney was second with a 110-6.

Haughton’s Savannah O’Neal won the javelin with a toss of 122-5, just short of her season-best of 123-7. O’Neal was the Class 5A state runner-up last season. Haynesville’s Jakirya Hunter was second with a 120-7. Parkway’s Abbie Norcross was third with a 103-7.

Airline’s Jasmine Roberson was second in the high jump with a 5-2.

Haughton’s Jenna Blank and Victoria Morris tied for second in the pole vault. Both cleared 9-6. It was Morris’ best vault this season. Natchitoches Central’s Madison Brown won with a 10-0.

Parkway’s Akira Jefferson and Norcross finished 2-3 in the shot put with throws of 33-1 and 32-6, respectively.

Parkway used superior depth to win the team title. Lindsey Hutcheson and Jazz Rasouliyan finished 3-4 in the 800. Hutcheson also finished third in the 1,600.