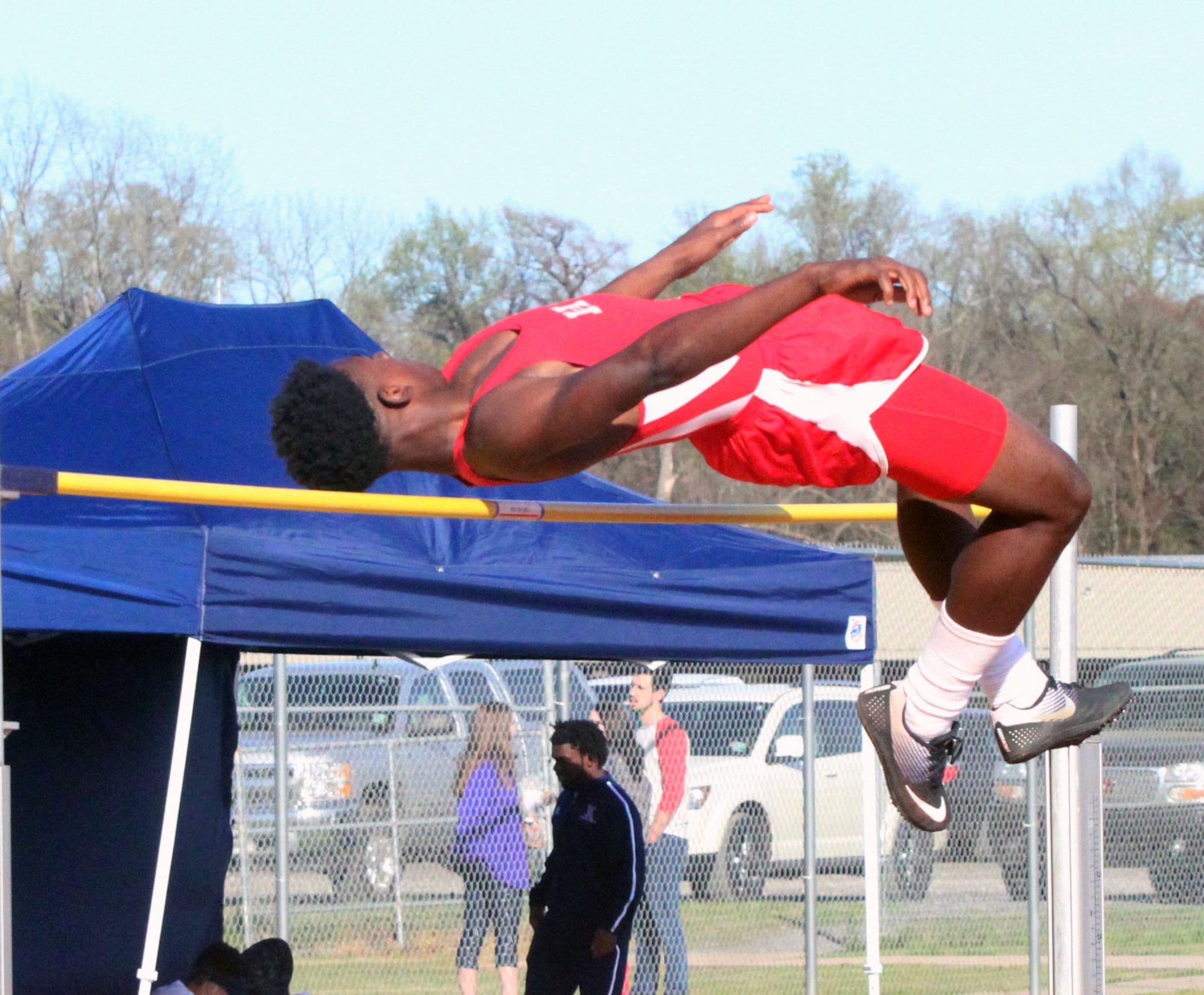 The meet was the first one of the outdoor season.

The Lady Lions scored 112 points. Benton was second with 93 and Parkway third with 83.

Haughton completed a sweep of the relays with a victory in the 4X400, the last event of the meet. Kason Green, Greg Phil, Nathan Merrill and Clyde English ran a 3:38.25. The Benton foursome of Johntavious Johnson, Hunter Burroughs, Michael Schoth and Cameron Barnett finished a close second in 3:38.80.

OPS also went 1-2 in the long jump and won the triple jump.

Parish athletes had more success in the girls division.

Benton’s Peyton Reeder won the 300 hurdles in 51.30. Benton’s Taylor Davis, the runner-up in the state indoor meet, won the high jump with a leap of 5-4. She was also third in the triple jump.

Haughton’s Jenna Blank took the pole vault, clearing a height of 9-4. Bossier’s Navia Johnson won the shot put with a toss of 34-5.

Benton’s Rheagan White won the discus with a 104. She also finished third in the shot put

Two of the top performers in the state went head to head in the javelin. St. Mary’s Katie Aldredge, last season’s Class 1A runner-up, won with a 110-8. She edged Haughton’s Savannah O’Neal, the 2016 5A runner-up, by one inch.

Benton’s Shayla Lee, Haley Smith, Georgia Carroway and Breanna Bundy combined for a runner-up finish in the 4X200 relay. Wilder and Hutcheson combined with Claire Carlyle and Jazz Rasouliyan for a second-place finish in the 4X400.

Ouachita Parish dominated the sprints and won two of the three relays.