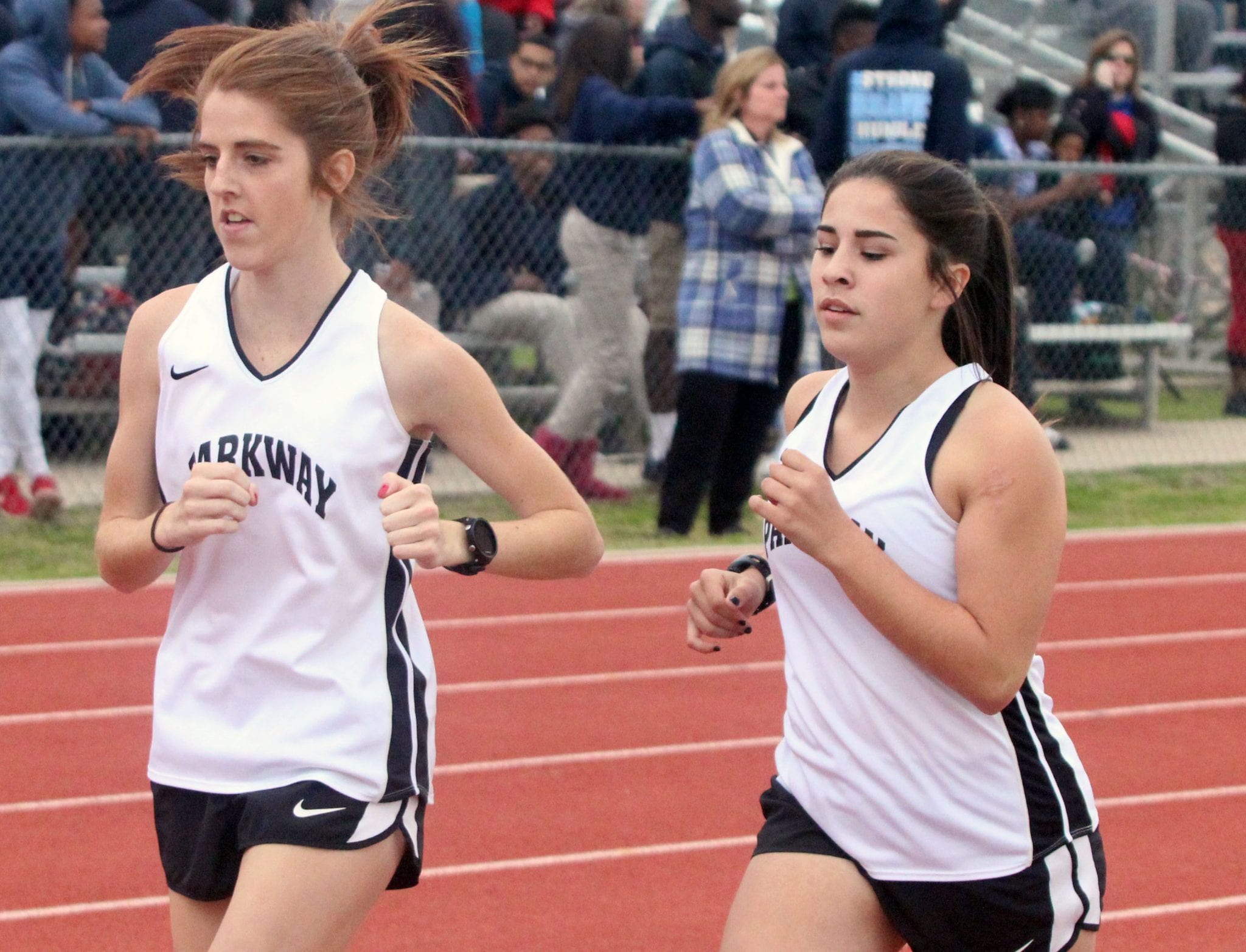 The Haughton Buccaneers and Parkway Lady Panthers won the boys and girls team titles, respectively, in the Don Millen Bossier Bearkat Relays on Thursday at Airline.

Haughton scored 114.5 points in the boys division to Airline’s 85. Northwood was third with 60.5 and Parkway fourth with 48.

The girls division was closer among the top two teams. Parkway scored 128.5 points to 124.5 for Airline. Haughton was third with 82.5.

Windy conditions made for some impressive times and distances in some events.

Haughton senior sprinter Josh Lister ran a 10.09 hand-timed 100 with the wind, winning for the third week in a row.

Minden’s Patrick Heard was second in 10.46, just .02 ahead of Haughton’s Kynan Hayes.

Lister also ran on the Bucs’ winning 4X100 and 4X200 relay teams along with Lavonta Gipson, Hayes and Emile Cole.

Haughton ran a 42.24 in the 4X100. The Airline foursome of Patrick Dixon, Jamal Johnson, Brian Marshall and Brandon Marshall finished second in 44.07. The Bucs ran a 1:29.71 in the 4X200, just over a second faster than runner-up Northwood.

Airline’s Seth Papineau and Nate Godeaux and Parkway’s Tyler Kruithof finished first, second and third, respectively, in the 3,200. Papineau ran a 9:59.82. Godeaux finished in 10:41.90, about two seconds faster than Kruifhof.

Haughton’s Montoya Bonapart won the high jump with a leap of 6 feet, 4 inches. Airline’s Nate Fullilove took third with a 6-2.

Airline’s Bethanie Dunn and Avery Meeks finished third in the the 1,600 and 3,200, respectively.

The Roberson sisters of Airline had another very good meet.

O’Neal had her best throw of the season in the javelin with a winning toss of 121-4. She was the 5A runner-up in the event last season.

Haughton’s Jenna Blank continued her winning ways in the pole vault, clearing 8-6. Parkway’s Victoria Morris was second with a vault of 8-0.

Parkway got 14 points in the triple jump with a 2-3 finish by Angene Tellis and Carlyle. Tellis was also runner-up in the 300 hurdles.

Airline’s Ladayjah Means, Daley, Brooks and McCoy teamed for a second-place finish in the 4X100.