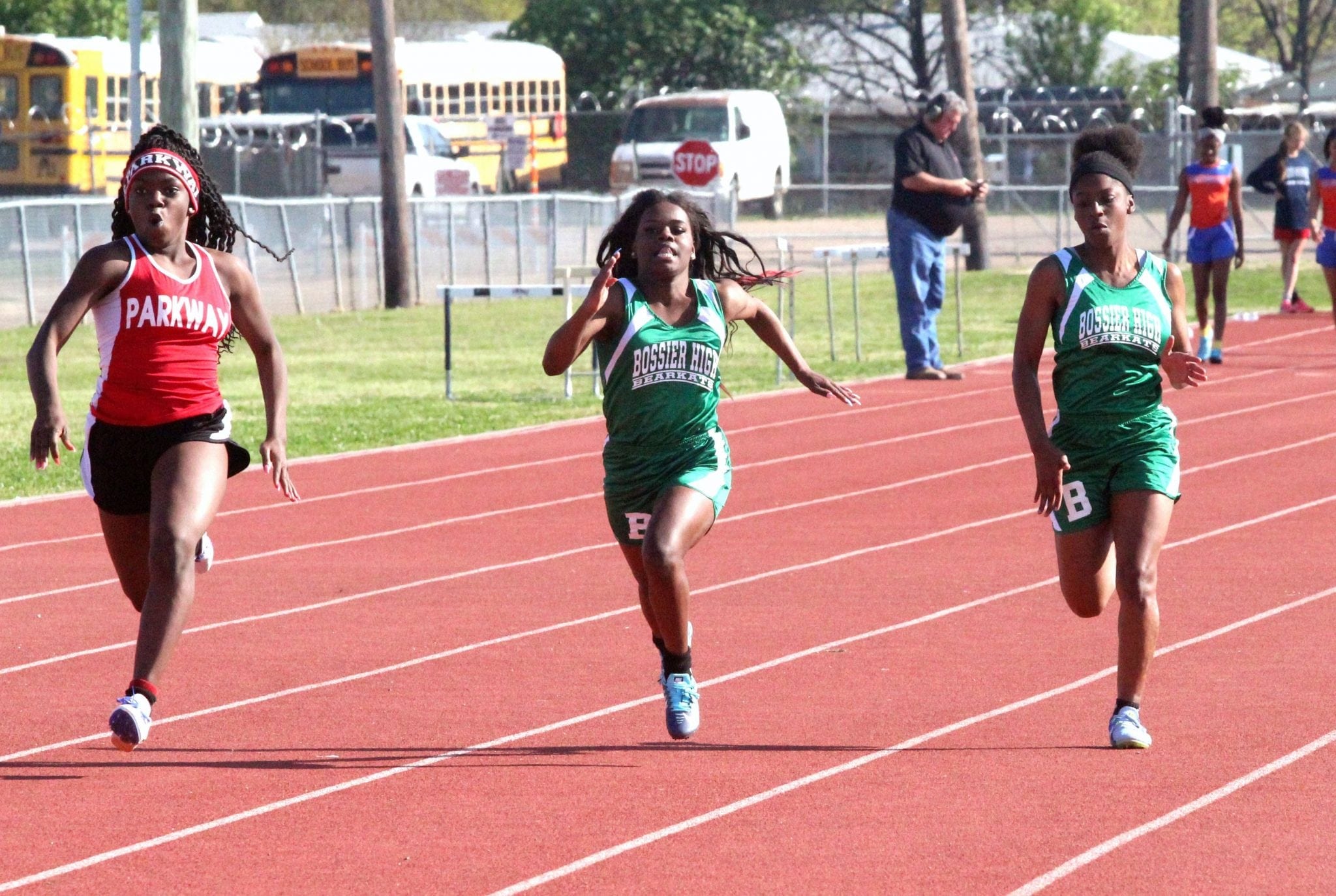 The Haughton Bucs and Parkway Lady Panthers won the boys’ and girls’ divisions, respectively, in the Don Millen Bearkat Relays on Thursday at Airline.

Haughton edged Parkway in the boys’ division. The Bucs scored 134 points to the Panthers’ 130.5. North DeSoto was third with 102.5 and Bossier fourth with 72.

Parkway ran away with the girls’ division. The Lady Panthers scored 176.5 points to 97 for runner-up Haughton. Bossier was third with 84.5.

Cola and Gipson teamed with Clyde English and Greg Phil to win the 4X200 relay in 1:29.74. Bossier’s Reginald Burns, Richardson, James Davis and Xavier Venious combined to finish second in 1:32.23.

Bossier got a first from Venious in the 110 hurdles in 14.95. Haughton’s Bradley Moore finished second in the 300 hurdles and third in the 110.

Richardson took the high jump with a leap of 6-2. Cola also cleared 6-2 but Richardson won on fewer misses.

Parkway got first-place finishes from Joey Feaster in the pole vault and Hunter Picard in the javelin.

She also ran on the Lady Panthers’ winning 4X200 relay team with Kendall Roshto, Sh’Diamond McKnight and Jada Hardy. They ran a 1:48.90.

Parkway’s Peyton Pipes and Madison Collins finished runner-up in the 100 and 300 hurdles, respectively. Pipes also finished second in the javelin.

Haughton’s Jayden Hodge was second in both the 1,600 and 3,200. The Lady Bucs also got a runner-up finish from Alyssa Hardman in the 100.

Parkway’s Shanna Abdeljabar was a close second to her teammate Norcross in the discus with a toss of 85-9.