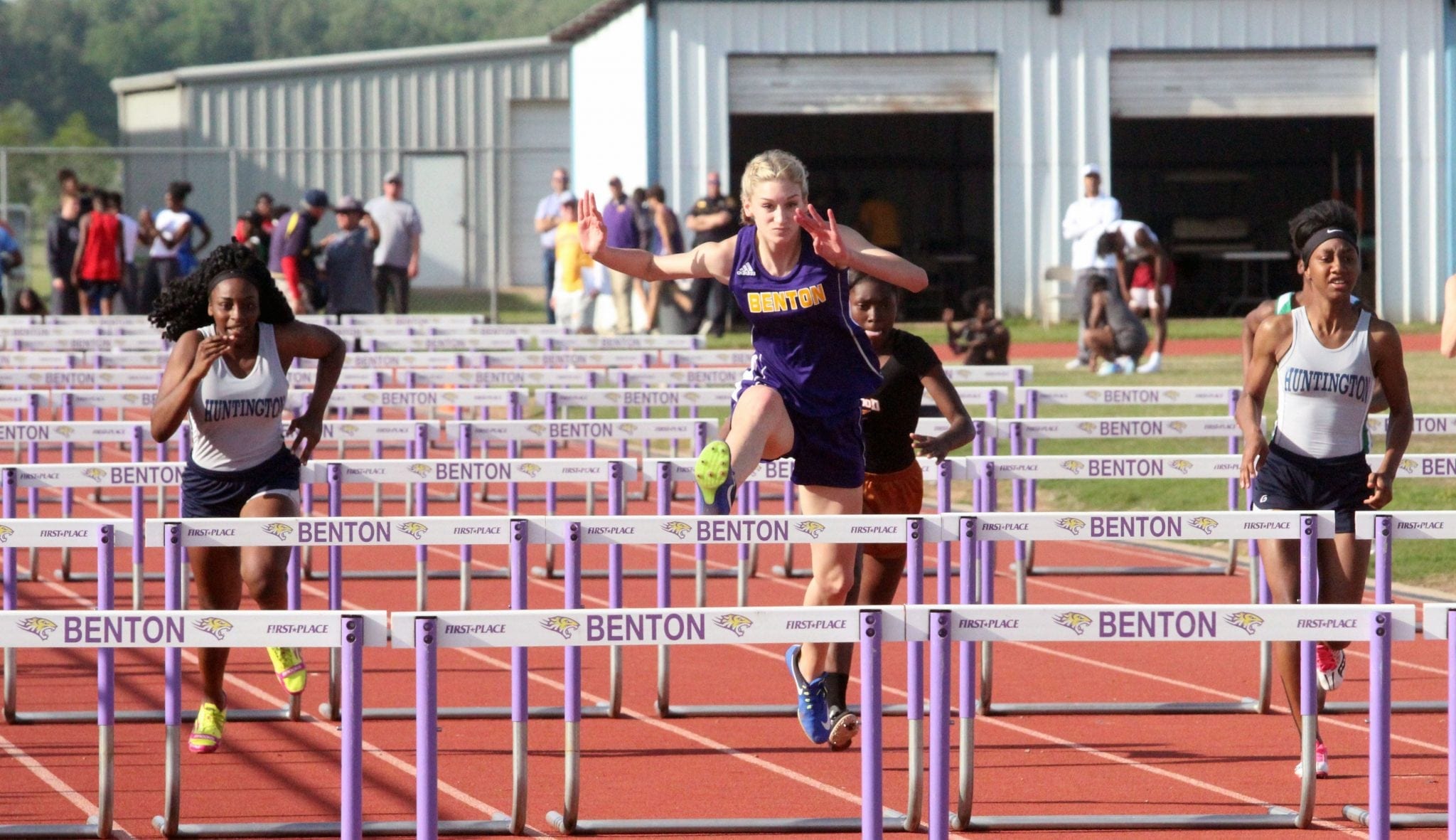 Benton finished runner-up in the Class 4A girls division last year with 39 points. While it’s difficult to predict how meets will play out from year to year, the Lady Tigers have a chance to finish high again.

Junior Taylor Davis is a potential 20-point scorer and Benton has qualifiers in five other events, including two in the pole vault.

Two parish athletes and one relay team will be looking to defend state titles.

Davis won the Class 4A girls high jump last year with a leap of 5 feet, 8 inches. She cleared the height on her final attempt, beating Karr’s Alacia Myles by two inches.

Davis and Myles will be dueling for the title again this year. They had the best qualifying jumps in the regional meets at 5-6. Davis has gone 5-8 this season.

Plain Dealing junior Teunna Perry won the Class 1A girls long jump and triple jump last season, but she won’t go in as the favorite in those events.

Jonesboro-Hodge’s Kaprecia Cowans won both events in Class 2A last year. The school dropped to Class 1A this school year.

Cowans won both events in the Region I-1A meet last week and has the best qualifying distances with an 18-1 in the long jump and 38-8 in the triple jump.

Haughton is the two-time defending champion in the Class 5A boys 4X100 relay. The Bucs’ foursome of Kason Green, Emile Cola, Lavonta Gipson and Kynan Hayes has the fourth-fastest qualifying time at 42.07. Zachary has the best at 41.29.

Airline senior Brittany Roberson finished third in the Class 5A girls 400 last season and has a good chance to improve on that.

She has the second-fastest qualifying time at 56.68, only .01 slower than leader Alexis Williams of Hahnville. Williams finished one spot behind Roberson last year.

The Class 5A boys 800 should be very competitive. Airine’s Taejon Morris’ qualifying time of 1:58.53 ranks seventh. But it is less than a second slower than the fastest of 1:57.87.

Haughton’s Cola shares the third-best qualifying height in the Class 5A boys high jump at 6-4. Zachary’s Chris Hilton is the top seed at 6-7.

Benton’s Jeremy Hall has the fourth-best qualifying height in the Class 4A boys pole vault at 12-6, just a foot lower than the top seed. Shaw Malley qualified with an 11-6, but he’s vaulted 12-3 this season.

Benton’s Will Cox has the sixth-best qualifying distances in the Class 4A boys discus (142-4) and shot put (47-6.5). But both are within five feet of the top marks.

Plain Dealing’s Niarelle Scott has the fourth-best qualifying distance in the Class 4A girls shot put at 36-1. Bre Porter of Lafayette Christian has the best at 40-7.

Airline’s Melanie Bailiff is heading back to LSU in three para-ambulatory events — the 100, discus and shot put.

Here are the rest of the state meet qualifiers from Bossier Parish. Their times, heights and distances aren’t among the qualifying leaders, but personal bests might be good enough to get them on the awards stand.