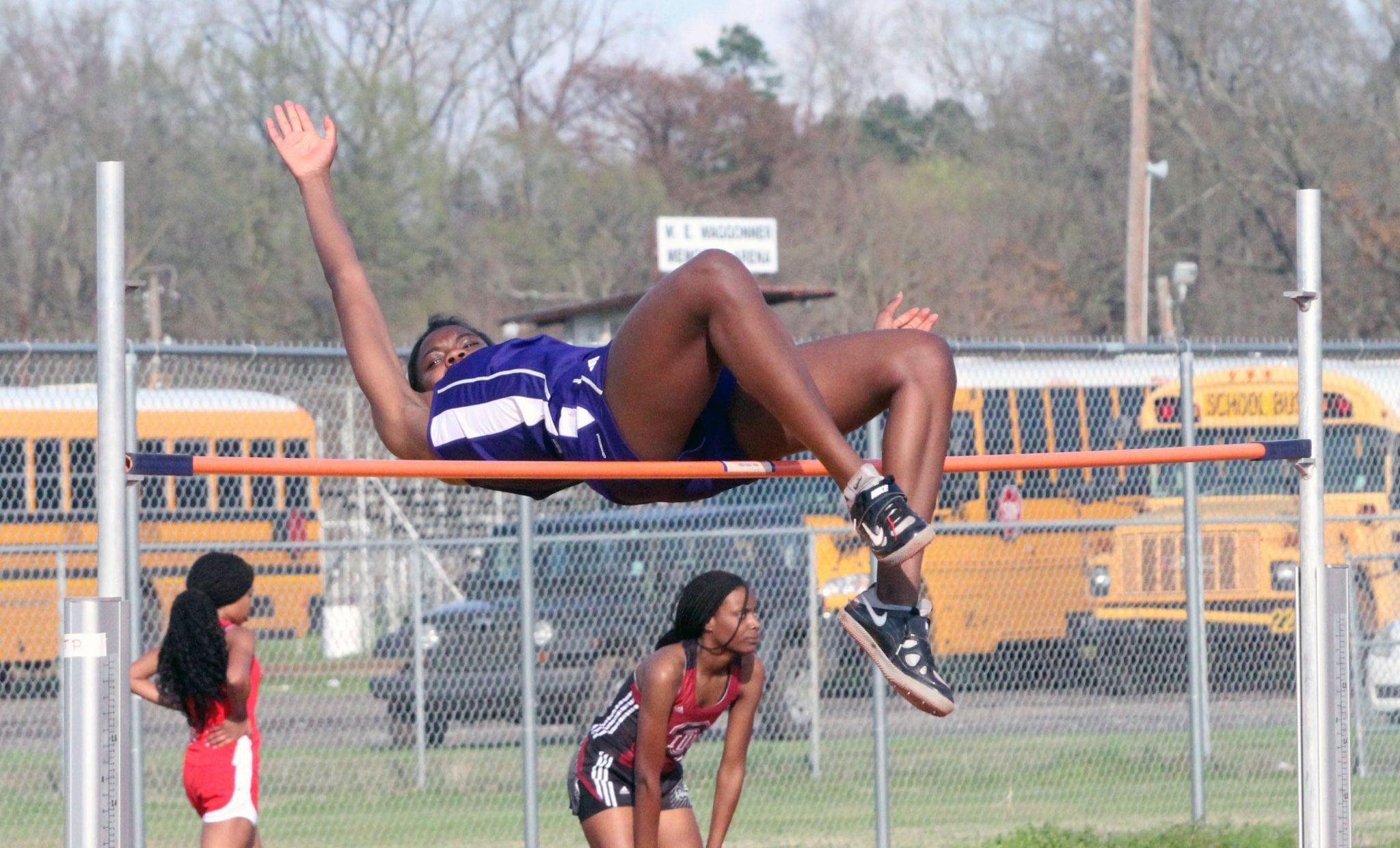 Benton’s Taylor Davis picked up where she left off last season as the high school outdoor track and field season got underway Thursday with the 24th annual Shamocus Patton Benton Tiger Relays at Benton.

Davis equaled her personal best in the high jump with a winning leap of 5 feet, 8 inches. That was also her winning height in the Class 4A state meet last season at LSU. Davis also won the triple jump with a 35-5.5.

Davis finished second in the Division I high jump in the state indoor meet last month.

Parkway was the top finisher among parish schools in the girls division. The Lady Panthers scored 92.5 points to finish second. Ouachita Parish won with 114.5. Benton was third with 76.

Ouachita Parish also won the boys division with 119 points. West Monroe was second with 79 and Benton third with 69.

Parkway’s Jordan Dukes and Benton’s Breanna Bundy were the other individual winners from Bossier Parish schools in the girls division.

Bundy took the pole vault with an 8-6, six inches higher than runner-up Victoria Morris of Parkway.

Parkway’s Jazz Rasouliyan posted runner-up finishes in the 800 and 3,200.

The discus, shot put and javelin events were not held in either division. Heavy rain early Thursday morning soaked the field next to Tiger Stadium where those events are usually held.

Thursday’s meet was held in windy and mild conditions early. It got a bit chillier, though, as the evening wore on.