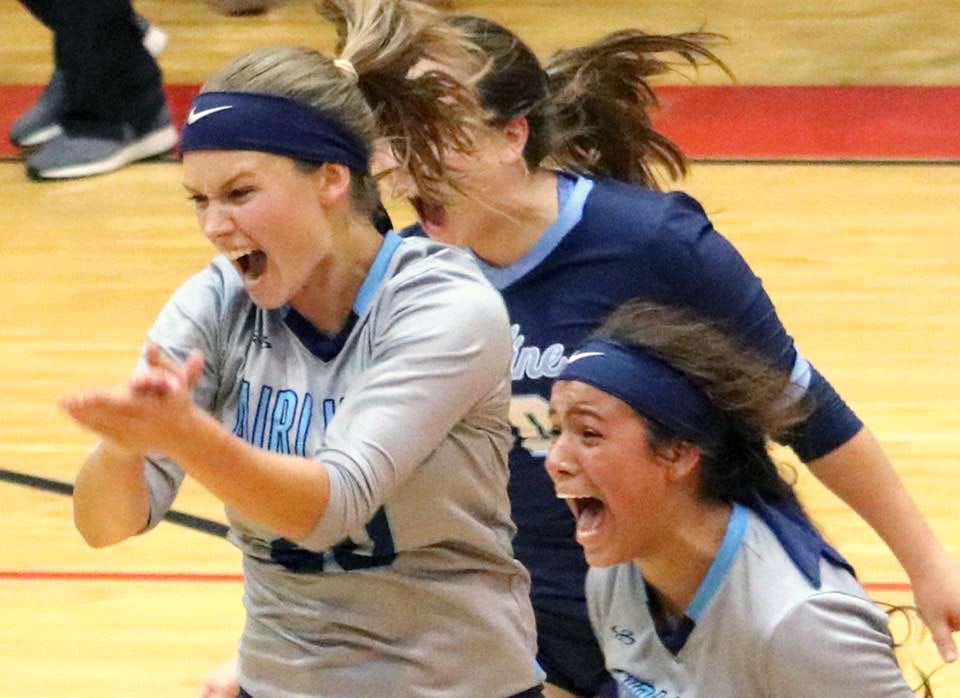 On Sept. 11, the Ruston Lady Bearcats defeated the Airline Lady Vikings in a five-set thriller at Airline. On Thursday, the Lady Vikings returned the favor, avenging that loss with a dramatic five-set victory at Ruston.

The Lady Vikings rallied from a 9-2 deficit in the fifth to win 16-14 and take the match. In the earlier meeting, the Lady Bearcats won the fifth 17-15 after Airline had a match point,

While both teams have several more district games left, based on play in District 1-I so far there’s a good chance they could end up as co-champs.

Patronis had 11 kills and 18 digs to go with two aces, two blocks and two assists.

Brandon had 10 kills. The final one in the fifth set ended the match. She also had 22 digs and two aces.

Zahria Lloyd’s serving was one key to Airline’s rally in the fifth, coach Regina Digilormo said. She had 24 assists to go with two aces, six kills and 11 digs.

Digilormo was particularly pleased with the play of Paisley Zika, who had seven blocks, five kills and four digs.

“All those girls had stellar nights,” Digilormo said.

In a non-district game, Benton fell to Loyola College Prep in straight sets at Benton.