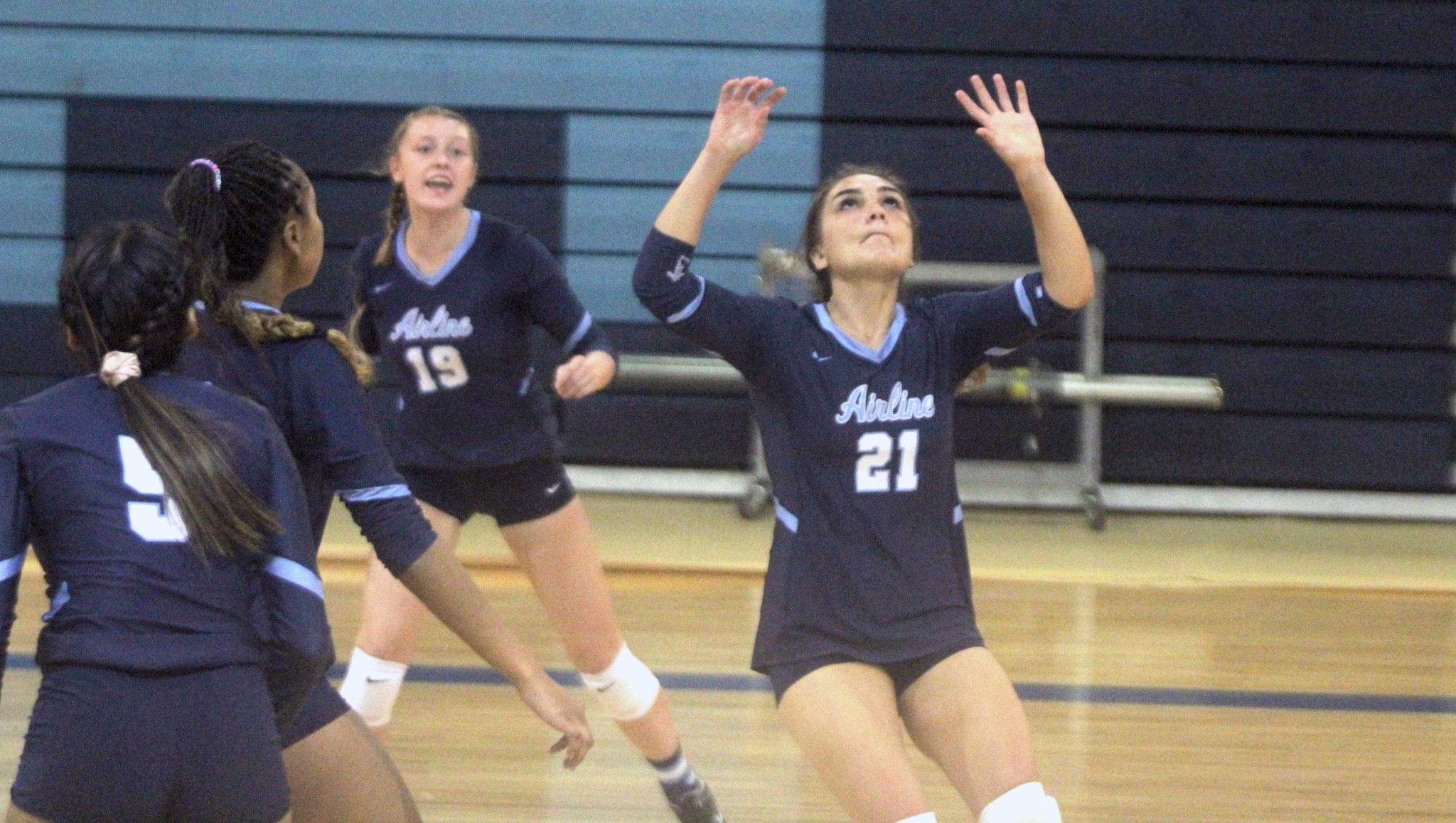 The Airline Lady Vikings defeated the Parkway Lady Panthers in straight sets in the season opener for both teams Tuesday night at Airline.

But it was hardly a routine straight-sets win. The Lady Panthers made the defending District 1-I champs work for it.

Airline took a 21-11 lead in the first set and the Lady Vikings looked like they were going to win it going away. But Parkway saved a string of set points, getting within two, before Airline closed out the set 25-22.

Airline jumped out to an early lead in the second set, but Parkway rallied again and had a set point at 24-23. The Lady Vikings met the challenge, winning three straight points to take the set.

Airline clinched the victory with a 25-21 third-set win.

The match was also a District 1-I opener. Because the district is not using a home-and-home round robin format this season, Tuesday’s match will be the only district one between the Lady Vikings and Lady Panthers.

Airline coach Regina Digilormo, whose team shared the district title with Ruston last season, said the competitiveness of the match reflects an overall improvement in the district’s strength.

While Digilormo was impressed with the Lady Panthers, she was pleased with how her team responded to the pressure of facing a set point.

“I love stuff like that,” she said. “It shows how we deal with adversity. We have little drills where I put them in situations where it’s a tie game, who’s going to win? Stuff like that.”

Gabby Patronis and Tori Ligman, both first-team All-District last season, led Airline. Patronis, an outside hitter, had 10 kills and 11 digs. Ligman, a libero, had 15 digs and two kills.

Benton moved up to Division I after playing its first varsity season in Division II last year.

Next up for Airline is the Woodlawn tournament in Baton Rouge on Saturday.