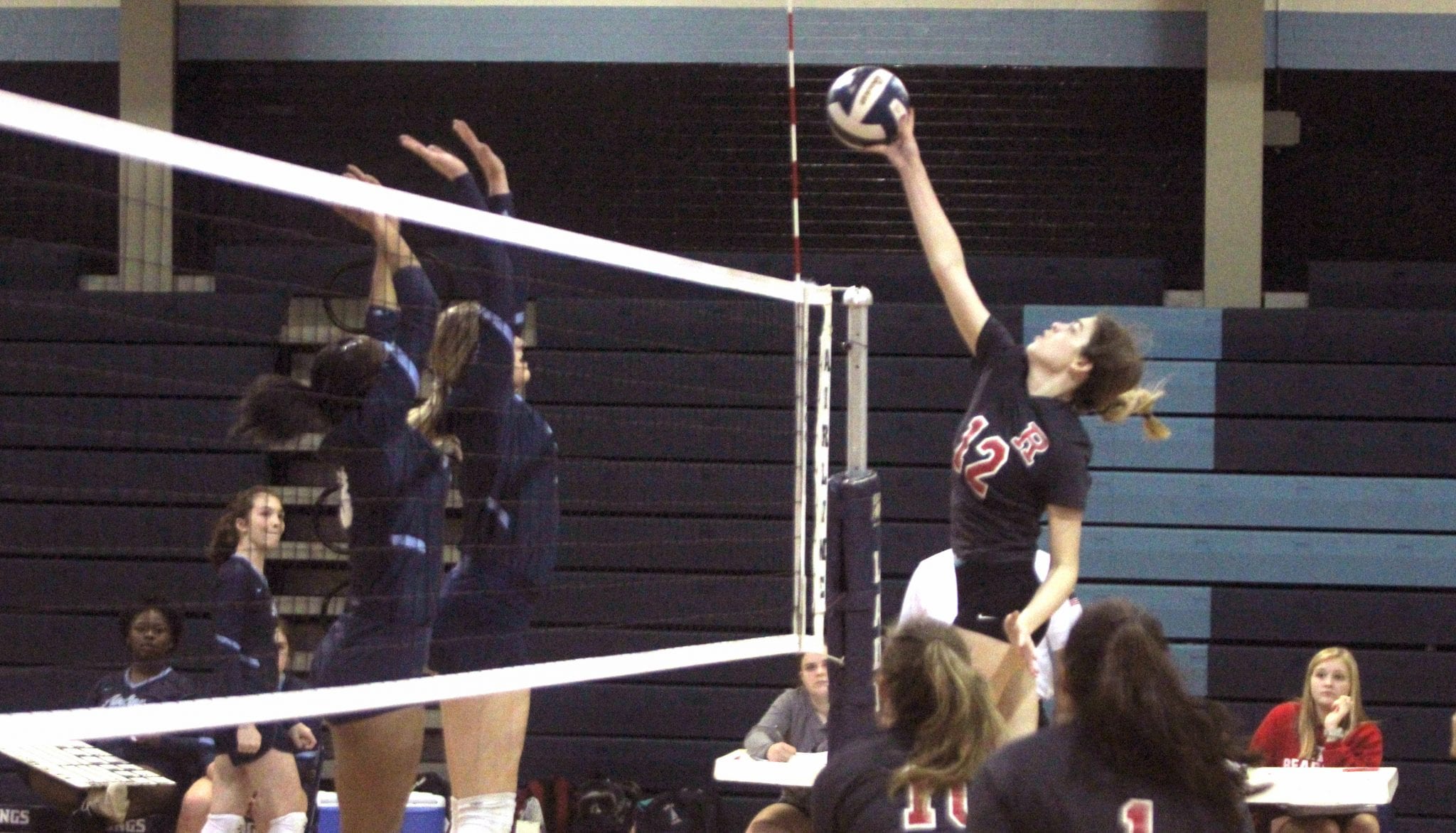 You could argue that with teams as evenly matched as the Airline Lady Vikings and Ruston Lady Bearcats every point is a big point.

But the points get even bigger when a set is close late and the pressure is on. Ruston played those points a little better for the most part Tuesday night and the result was a hard-fought four-set victory over the Lady Vikings at Airline.

Ruston clinched at least a share of the District 1-I championship.

“We had a great crowd tonight and everybody was pumped and ready to go,” Airline head coach Regina Digilormo said. “We were prepared. We just didn’t execute exactly when we needed to and that made the difference.

“There were a lot of quality rallies. That’s what it comes down to, just little tiny things. You’ve got to execute when you can and we did at certain points. We didn’t do it enough.”

The Lady Bearcats improved to 27-7 overall and 7-0 in district. Airline dropped to 19-13 and 6-1.  Ruston’s final district match is Tuesday, Oct. 29, against Byrd. Airline plays Captain Shreve on the same day. Both the Lady Bearcats and Lady Vikings will be heavily favored in those matches.

Ruston and Airline have dominated the district the last four seasons. The Lady Bearcats and Lady Vikings shared the title last season. Ruston won it in 2017 and Airline in 2016.

Both teams had a large, vocal contingent of fans on hand. It made for a great atmosphere befitting a district championship contest.

Ruston led most of the first set. Trailing 19-14, Airline won six of the next 10 points to get within 23-20. The Lady Vikings then won three in a row to tie it at 23. But the Lady Bearcats won the next two points to take the set.

The second set was tight most of the way. It was tied at 12, 14, 17, 18 and 19. Airline then went up by one. But Ruston again stepped up with the set on the line, reeling off six straight points to win it.

The Lady Vikings scored five straight points in the third set to take a 14-12 lead. It was close the rest of the way. With the score tied at 23, Airline showed it could come up big in a pressure situation. The Lady Vikings went ahead 24-23 and then won it on Jaci Ervin’s kill in the middle.

Ruston looked like it was going to dominate the fourth set, racing to a 10-3 lead. But Airline didn’t go quietly. The Lady Vikings got within one twice, the last time at 21-20. But the Lady Bearcats won four of the next five points to take the match.

While disappointed in the outcome, Digilormo liked the way her team battled throughout.

“It’s a challenge. It’s always a fun game to play. Overall I think we made mistakes at critical times. They did too at times … When you have close games you have to be error free.”

Airline’s Gabby Patronis had 26 digs along with seven kills, three aces and one block.

At No. 15 in the latest Division I power rankings, the Lady Vikings still have a chance to host a first-round playoff match. After playing Shreve, they will close the regular season in the Dunham tournament Nov. 1 and 2.

The top 16 teams in the final rankings host first-round matches.