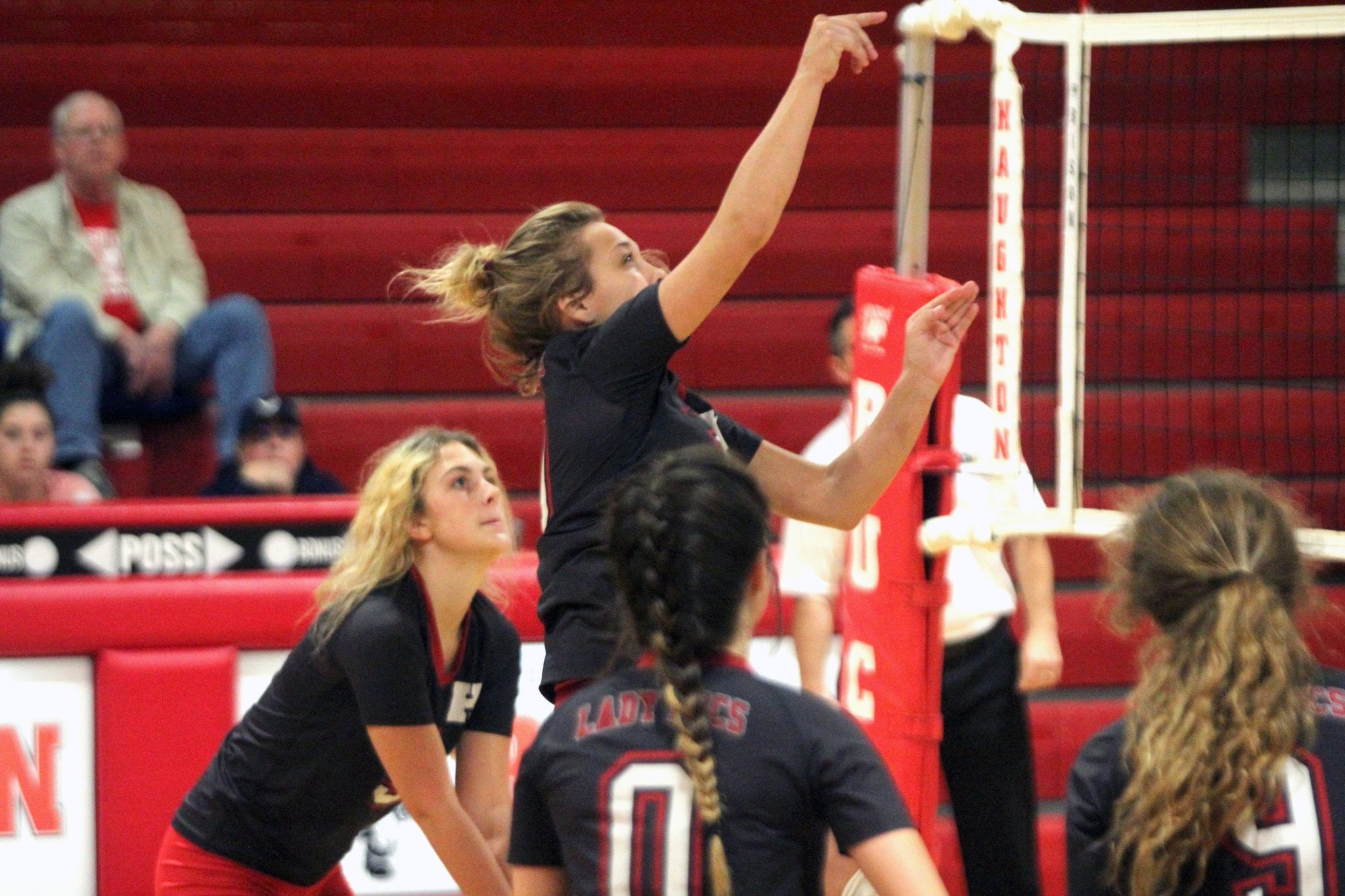 At Shreve, Paisley Zika had eight kills, three blocks, one assist and one dig for the Lady Vikings. Zahria Lloyd had 16 assists and seven kills to go with four aces and two digs.

Brooklyn Brandon had eight kills along with three aces, one block and two digs. Tori Ligman had 13 digs along with two aces and three assists.

Airline was No. 8 in the most recent Division I power rankings released by the LHSAA and will host a first-round playoff games. This year, there are 32 teams in each division as opposed to 24 in past years so there are no first-round byes.

At Haughton, BTW hung with the Lady Bucs in the first set, which was tied at 15. But after coach Justin Ginn called a timeout, Haughton reeled off 18 straight points.

Haughton is No. 21 in the Division II power rankings and will likely be on the road in the first round of the playoffs.

In a District 1-I game Tuesday, the Parkway Lady Panthers lost to Natchitoches Central in straight sets at home. Parkway visits Ruston Thursday.