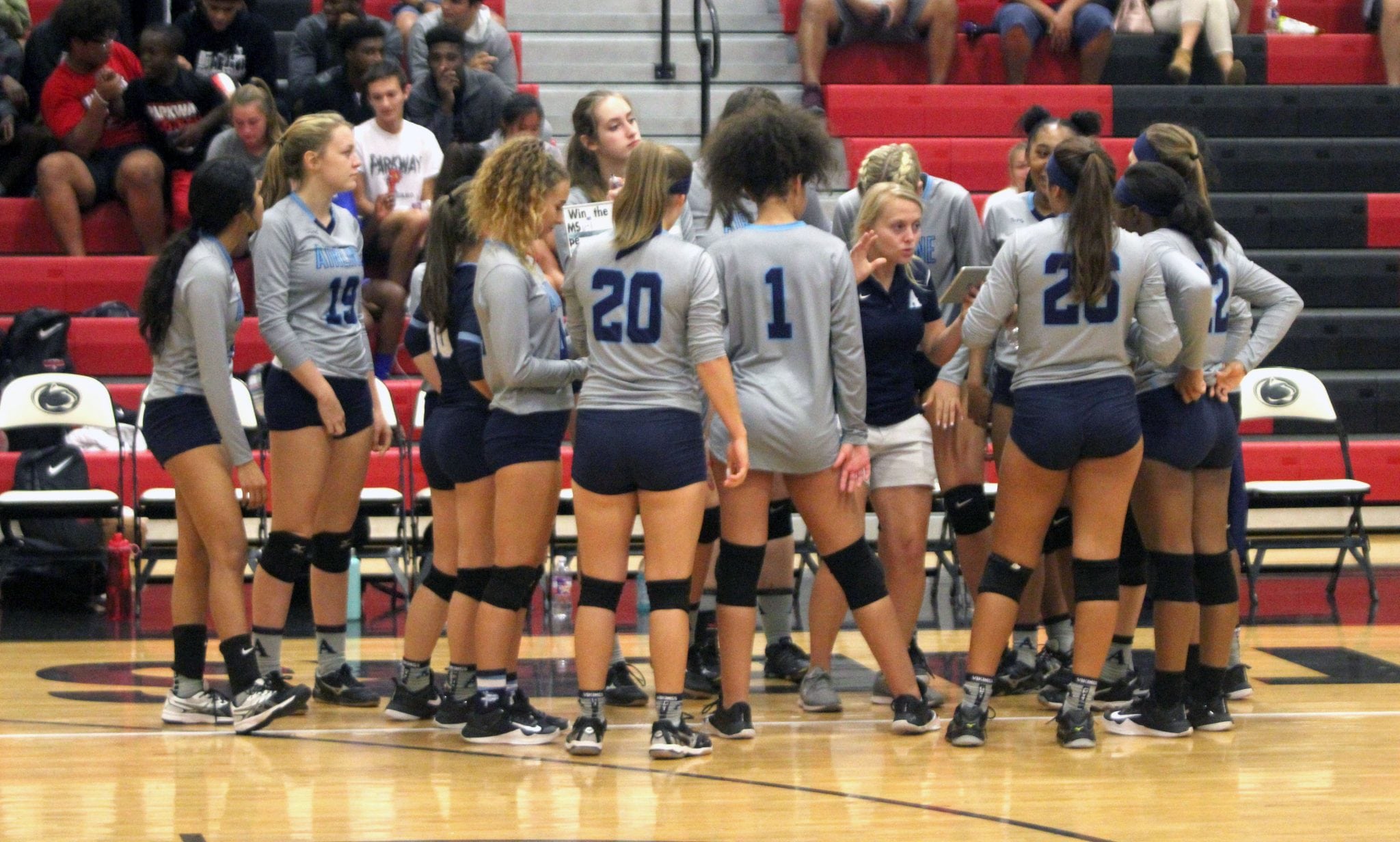 At Airline, Airline’s Gabby Patronis had 11 kills along with one ace and two digs. Zahria Lloyd had eight aces, 12 assists, one block and two dig.

After Airline quickly won the first set, the Lady Panthers put some pressure on the Lady Vikings in the second. Airline led 20-13 but Parkway rallied and got within 22-19. The Lady Vikings then reeled off the next three points to go up two sets to none.

Parkway stayed close early in the third set before Airline eventually pulled away.

Parkway dropped to 6-8 and 1-4. The Lady Panthers continue district play at West Monroe on Thursday.

Taylor Williams had 17 assists to go with one ace and one kill. Reanna Crumpler had nine digs, three kills and three aces. Ashlyn Gilmore had two aces, four kills and three digs.

Adrienne Vickers had two kills. Hanna Leslie had one dig. Hannah Borah had one ace.