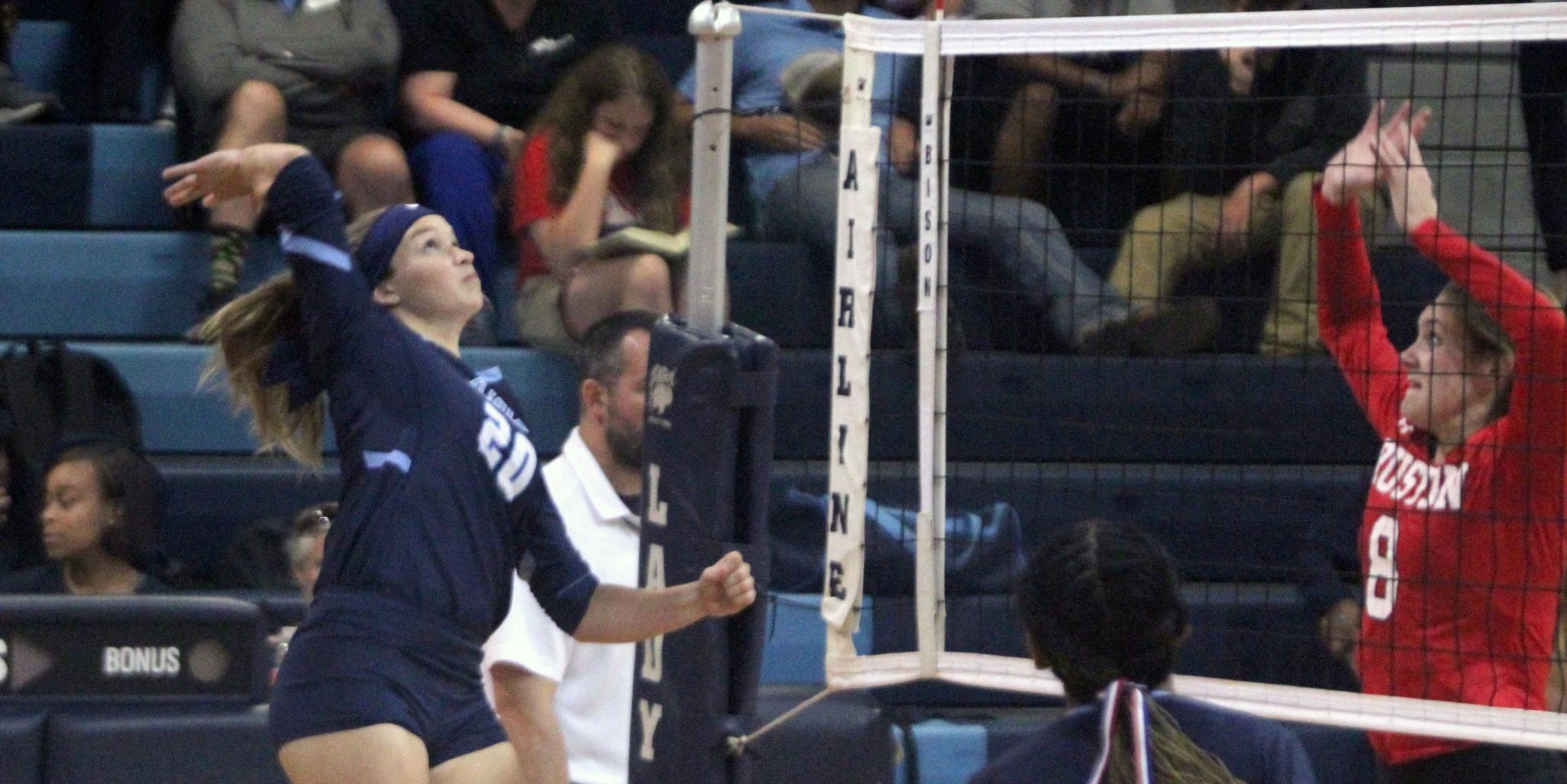 It’s a cliche, but it holds true for Tuesday’s District 1-I volleyball showdown between the Airline Lady Vikings and the Ruston Lady Bearcats at Airline. It’s a shame someone had to lose.

In a tense, taut, exciting thriller that lasted over two hours, the defending champion Lady Bearcats edged the 2017 runners-up Lady Vikings 17-15 in the fifth set.

None of the other four sets were decided by more than four points. Ruston saved three set points in the first set, winning 28-26. Airline rallied to take the second 25-22. The Lady Bearcats came back to take the third 25-21. The Lady Vikings forced a fifth set with a 26-24 victory in the fourth.

While both teams made a few costly errors, it was a well-played game that featured many outstanding serves, kills, blocks and digs by the Lady Bearcats and Lady Vikings.

There were several suspense-filled, lengthy rallies late in the match that had the raucous crowd on its feet. During those, it appeared that one team or the other had the point won. But players on both sides made the plays to keep the point going.

Airline’s Gabby Patronis had three aces, nine kill and 21 digs. Tori Ligman also kept Airline in a lot of points with 29 digs along with two aces. Zahria Lloyd also had a good game with two aces, one block, 17 assists and 12 digs.

Courtney Clawson had five aces, one kill and one dig.

Airline (8-6, 1-1) continues district play at home against Captain Shreve on Thursday. Ruston improved to 7-2 and 2-0.

Reanna Crumpler had two aces, two kills and eight digs. Taralyn Sweeney had three kills and one assist. Taylor Williams had one ace, one kill, eight assists and two digs.

Parkway (3-1) visits Natchitoches Central in a District 1-I game Thursday.